For netball ace Kira, international glory is ‘scary but cool’ 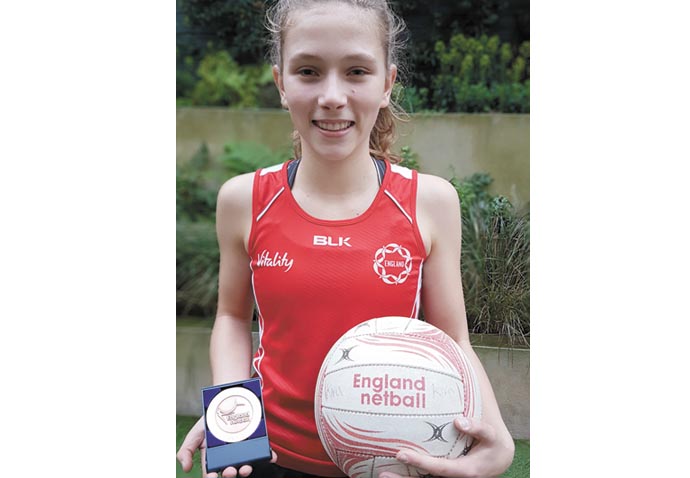 RISING netball star Kira Rothwell made an international debut she will never forget after helping to lead England to victory over their neighbouring rival nations.

The 16-year-old, who grew up in Holloway and now lives in Highgate, took charge of the goal attack as the Roses beat hosts Northern Ireland, Scotland and Wales to win the Under-17s Championships last month.

It has been a meteoric rise for Kira, who is currently enjoying her first season as a senior player for Cumberland Netball Club’s premier side, and turns out regularly for her regional club, London Pulse.

“It was amazing,” beamed Kira as she reflected on her international glory.

“It was scary but cool. When I finally got the email saying I’d made the England squad it was such a relief.

“In netball you don’t automatically keep your place in the team – you have to keep going to trials, so I have to keep working hard if I want to represent England again.”

Asked how the National Premier League, where she competes for Cumberland, compared to playing for her country, Kira added: “It’s so much more physical.

“Playing for England, I was up against people my own age, whereas in the national league I’m up against older, more experienced players.

“It’s made me have to play in a more intelligent way.”

Kira was the first to admit that her success on the court wasn’t only all down to how hard she trains.

Her father Paul plays a big part in her success, getting her to and from all her commitments, and she credits him with how well she’s doing.

“He’s amazing. I couldn’t do any of it without him,” Kira added.