Council says it will listen to feedback on road route closure 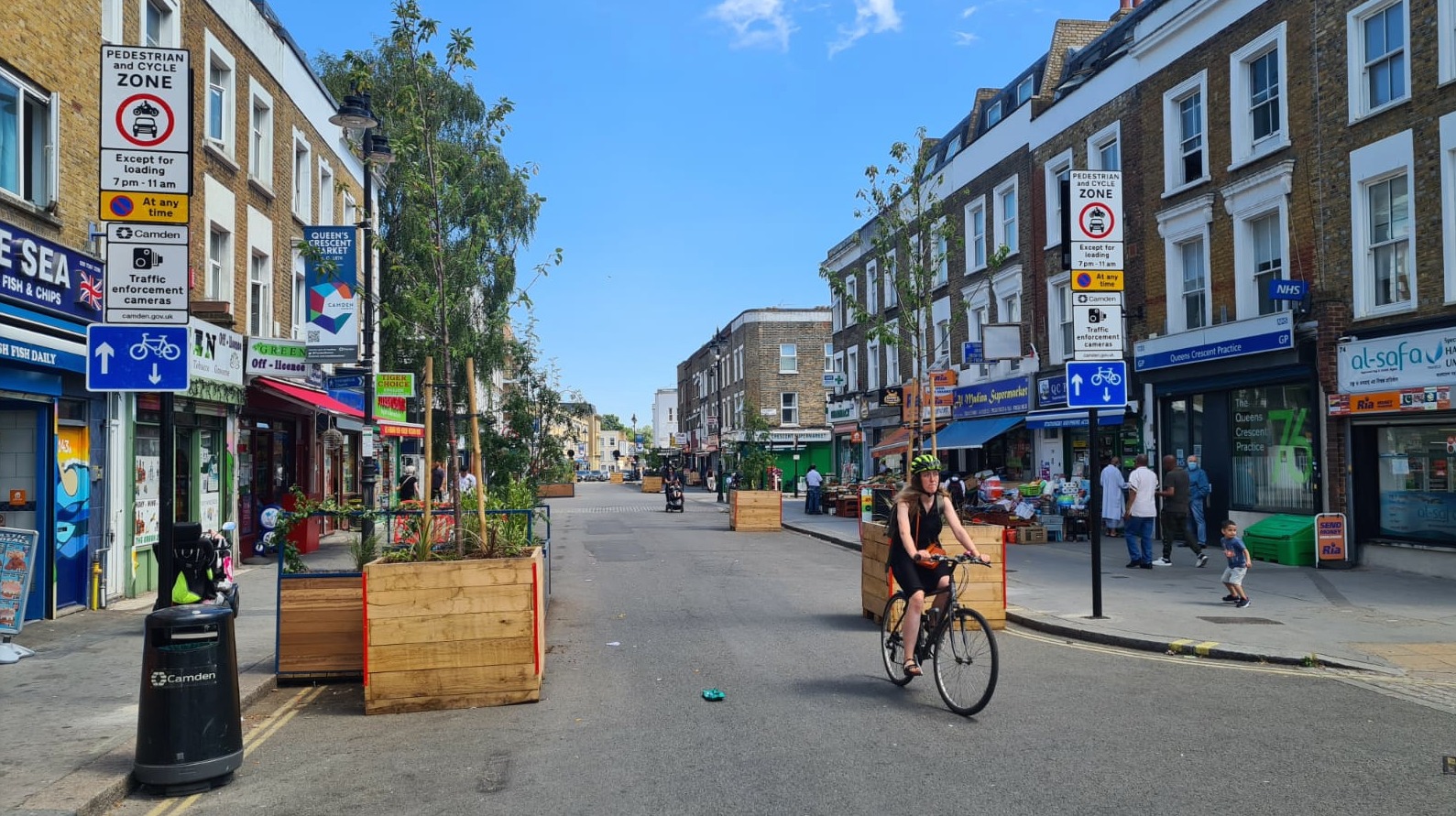 The new layout in Queen’s Crescent

A FOOD bank has seen donations plunge and its ability to deliver hampered by the new road scheme in Queen’s Crescent.

Small donations provided by individuals and families to the Queen’s Crescent Community Association have dropped by 60 per cent, according to the manager of the service, and those in vans by organisations and businesses are now one-third lower than before the changes were introduced.

Cars or vans now face fines if they drive between two sets of planters installed on the Crescent, and the junctions with Weedington Road and Allcroft Road have been closed off.

A similar set of cameras and planters have been introduced in Grafton Road.

The changes are part of sweeping measures across the borough, also seen elsewhere across London, to encourage walking and cycling by trying to put off people from driving.

Belinda Rogers, food bank coordinator said: “It’s reduced the number of donations because people used to come up Ashdown Crescent, park and walk donations up to us and that’s no longer an option. It’s put a lot of people off.

“It’s a bigger issue with bigger deliveries. I’ve got access on the side road but it means I have to stop what I’m doing, which is fine, but then I have to go and unlock the gates, let them through, lock them, take the delivery, unlock the gates and let them go again.”

It means the centre now has fewer goods to give out to people in need. She added that people have also been reluctant to go and collect food parcels, because of the perceived difficulties in reaching QCCA, especially for people who are less mobile.

But in turn she is unable to deliver to all of them.

“It’s not viable for me to do that for all of them,” Ms Rogers told the New Journal. “We’ve been trying to encourage people to come and collect but not all of them can.” 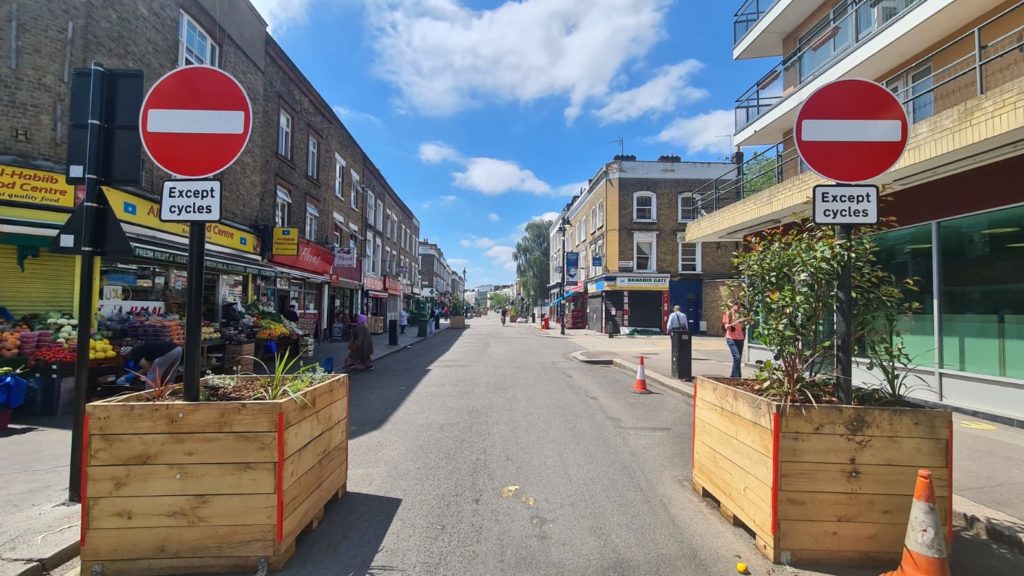 The deliveries from QCCA are now limited to fresh fruit and vegetables only. Its programme of serving hot meals outside the centre has dropped to twice a week.

She said that the restrictions and road closures around the borough had started to deter volunteers from helping to deliver food, and the food bank was down to one driver.

“People are doing this in their own time and it’s taking them longer and longer, and that’s due to the numerous road closures around Camden,” Ms Rogers added.

“If you’re doing two hours for Christmas for ten people, then that’s fine, but doing three people in two hours they feel it’s a waste of their time.

“The demand is increasing. A lot of people have zero hour contract jobs or have worked as a hairdresser or something casual to top up what they get, and that job is gone.

“We’re going to have to review the services because this is part of that game of KerPlunk, where if you keep pulling the straws out then the marbles will come crashing down. We’re getting fewer food items and fewer volunteers and part of that is down to these closures. I’m very concerned about the impact on people, especially those who have relied on us since we started doing this.”

Councillor Adam Harrison, Camden’s transport chief, said: “Loading can take place on Queen’s Crescent between 7pm and 11am and access for loading to QCCA is also possible at all times via Malden Road. As QCCA do important work in the local community, we engaged with the centre as a key stakeholder throughout the consultation and continue to do so now that the trial is in place. As a result we have exempted the QCCA minibus from the motor-free zone.

“We know from the consultation results that local people want to make walking on Queen’s Crescent easier, to make the area greener, and to reduce the dominance of cars, so we are pleased to be trialling these changes and we will continue to listen to feedback from key stakeholders like QCCA, local residents and businesses.”

LEVELS of deprivation in Camden are laid bare by the work of volunteers responding to the Covid crisis – with people unable to afford clothes to fit them after putting on weight, or unable to book vaccines because they do not have computers or a mobile phone, writes Harry Taylor.

Belinda Rogers, food bank coordinator at the Queen’s Crescent Community Association (QCCA) said about 10 per cent of people on her books do not have access to a phone, or are using a pay-as-you-go handset, so have been hampered in their attempts to claim benefits or book their vaccine. 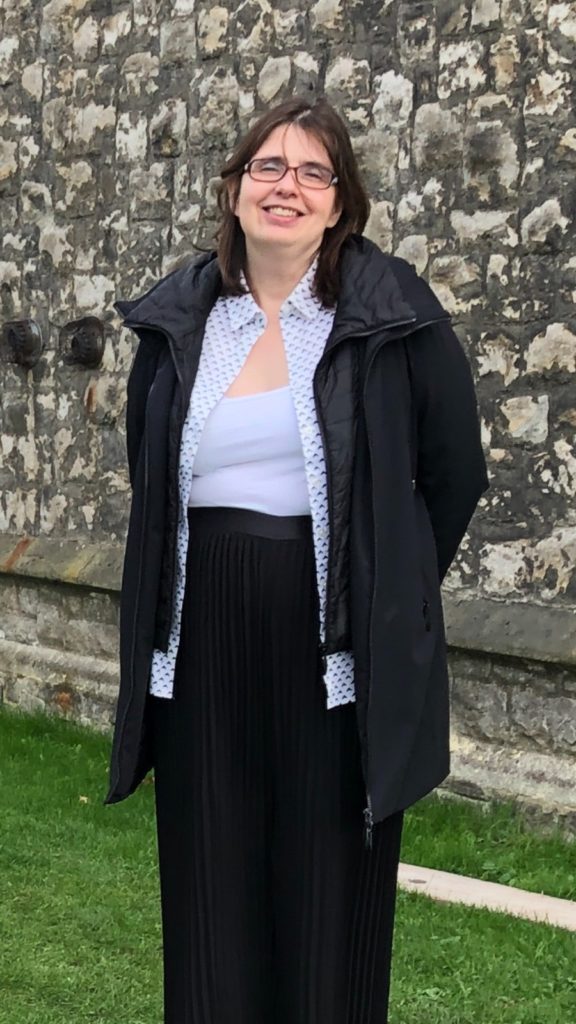 Similar problems have been found with people who rely on the services at Queen’s Crescent Library to use the internet.

“It was so hard for them in the first lockdown, they rely on the library, where they can book to use a phone or the computer,” she said. “There’s a presumption now that everyone has a phone.”

Ms Rogers said that she spent weeks getting a member in his 80s his second vaccination.

He had received a letter asking him to book an appointment, but was unable to ring the number given. He then went to the vaccination clinic, thinking he could arrange it there, but was again told to call the number.

After finding this out, Ms Rogers took up his case, and managed to help him get his second dose – but said it again exposed how few people had access to a phone.

Ms Rogers added that she has seen people who have put on weight during the pandemic and are now unable to leave their homes as they have clothes who don’t fit – and cannot afford to buy new ones.

“You have conversations with them about if they’ve put on weight and say ‘Oh I have too’, and then I start asking about whether they’ve got clothes that fit them,” Ms Rogers said.

“Then when you’ve built up trust, eventu­ally they tell you ‘I can’t afford it’. Some people won’t open the door and just put a hand out and take the parcels in quickly.”