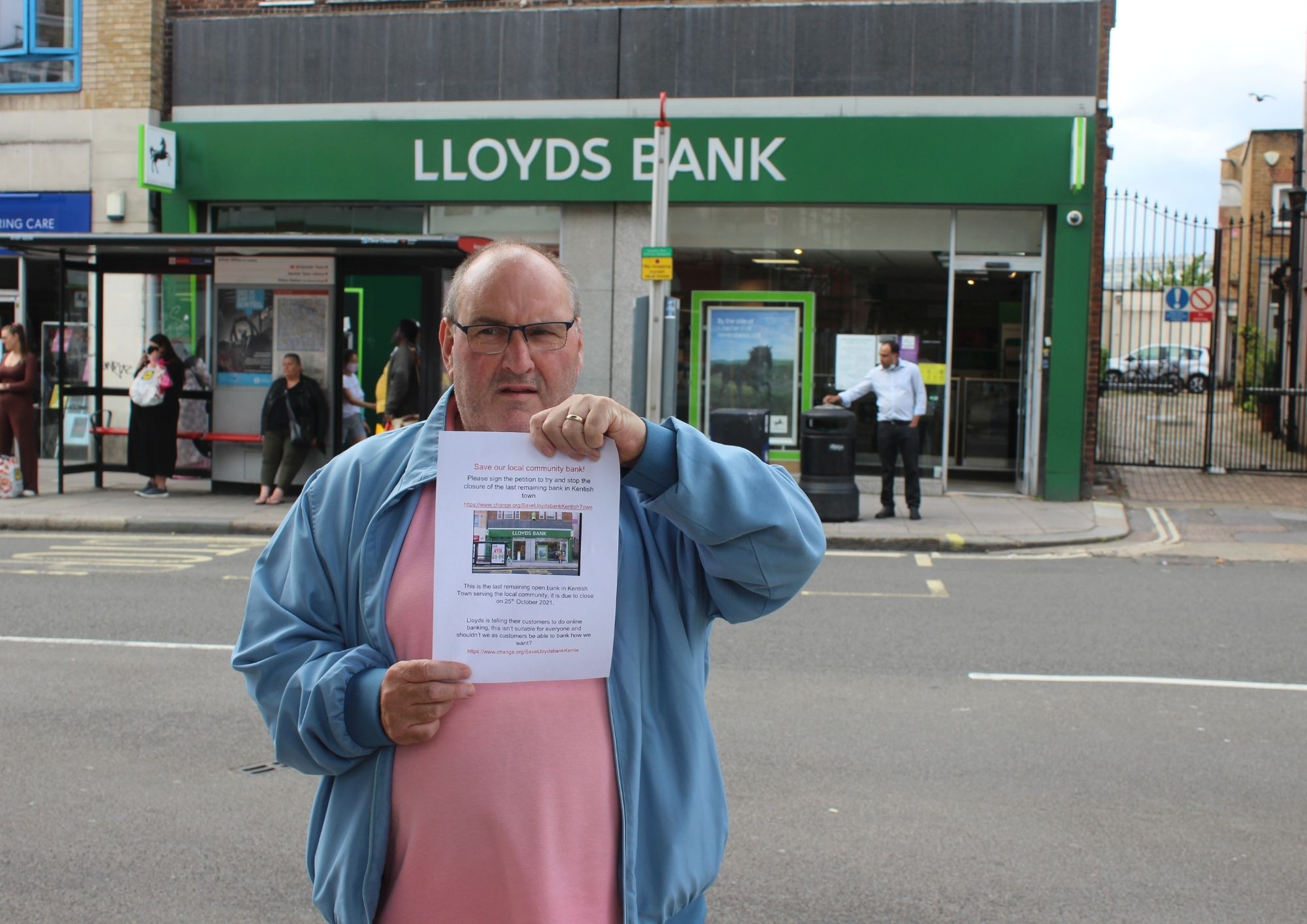 THE closure of the last bank in Kentish Town will leave the elderly and disabled stranded, a flower seller warned this week as he launched a campaign to save it.

Lloyds has told customers to travel two miles to Highbury Corner or a mile to Camden Town after its Kentish Town Road branch shuts on October 25.

John Atkins, who lives in Gaisford Street and runs a flower stall outside Marks & Spencer in South End Green, is distributing posters and has set up a petition on Change.org.

He said: “There are lots of elderly and disabled people who still use this branch. Online banking isn’t right for everyone – shouldn’t we be able to bank how we want? You just have to stand here for a bit and you see how popular it still is. Where are they going to go? Highbury Corner? Terrific!

“They’re having a laugh – people can’t get down there. Camden Town – you have to get a bus down there and cross the road from Bayham Street, and to be honest there’s a lot of undesirables down there.”

He added: “This is such a busy high street and it’s completely ridiculous there isn’t going to be a bank here. They have lots of money but their bosses are only interested in salaries and bonuses.”

The other big banking names have already left the high street in Kentish Town.

But Mr Atkins added: “It is a public service, it’s public money that they are using and investing and giving us back a pittance from.” 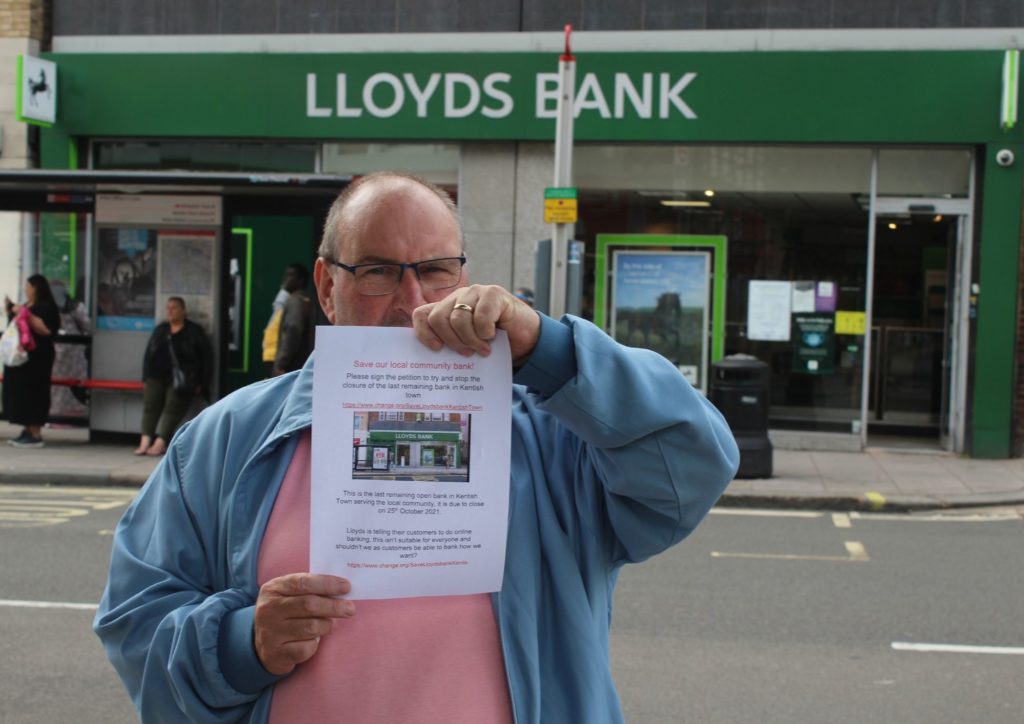 He even has some shares in the bank but said: “We support the bank, but they don’t support us.”

Information provided to customers by Lloyds said the branch still has 237 regular customers. A review of figures for the branch said branch transactions were down by a third from 2016.

While younger people are happily switching to digital banking there is a significant number who do not feel comfortable with smart phones.

Many high street shops and stores are no longer taking cash Mr Atkins is set to reopen his cash-only flower stall outside M&S in South End Green in September – after more than a year closed because of Covid.

Lloyds said it looked at trends going back four years and also during Covid, up until March 2021. According to its latest financial announcement, at the end of July,

Lloyds said its net income of £7.6billion was up 2 per cent on the previous year and the company was in strong financial health.

A Lloyds Bank spokesperson said: “We have made the decision to close the Kentish Town branch on October 25 2021 due to the changing ways customers choose to bank with us, which means the branch is being used less often.”

They added: “Customers can continue to bank locally by visiting the nearby post office, which is less than half a mile from the branch, and the nearest alternative branch of Camden Town is less than a mile away.”