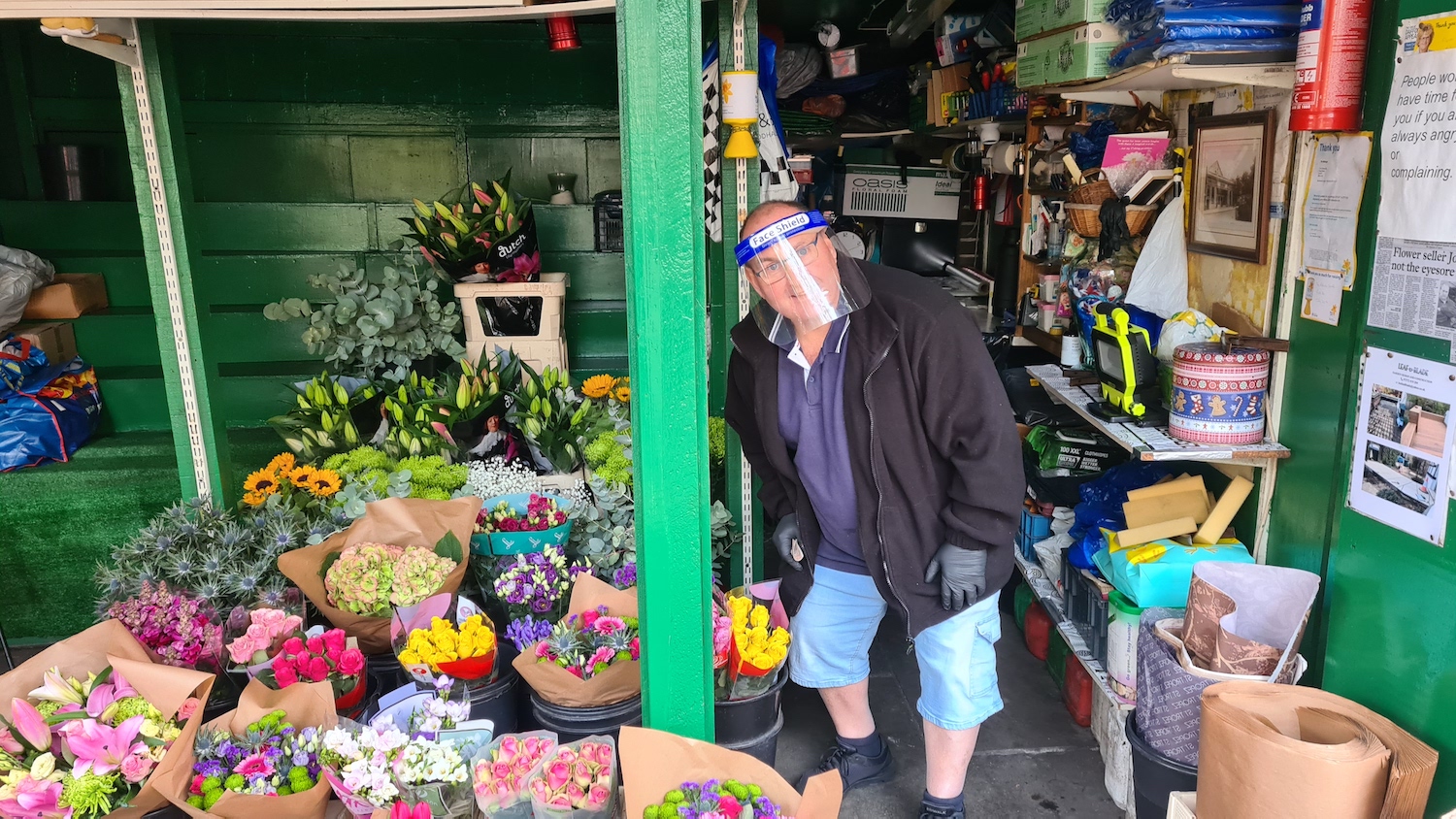 THE familiar sight of a flower seller has returned to South End Green, after nearly 18 months away.

John Atkins, who had run the stall next to the Royal Free since the mid-1980s – along with his dad John Atkins Snr until his death last year – is back selling blooms.

“Everything’s still quite raw,” he said at the stall on Tuesday morning. “It’s nice to see a lot of my regulars back again and everyone’s coming up to see me again and saying hello which is nice, but it’s not easy.”

He said Brexit charges were still hitting him and the requirement for every plant to have a “passport” has left his old plant shelves empty.

Earlier this year he told how extra costs incurred by post-Brexit bureaucracy was forcing prices to rise.

“It’s a nightmare, I  went down to the lorry in The Bishop’s Avenue where I get the flowers and almost drove off the other day because of the price of them.”