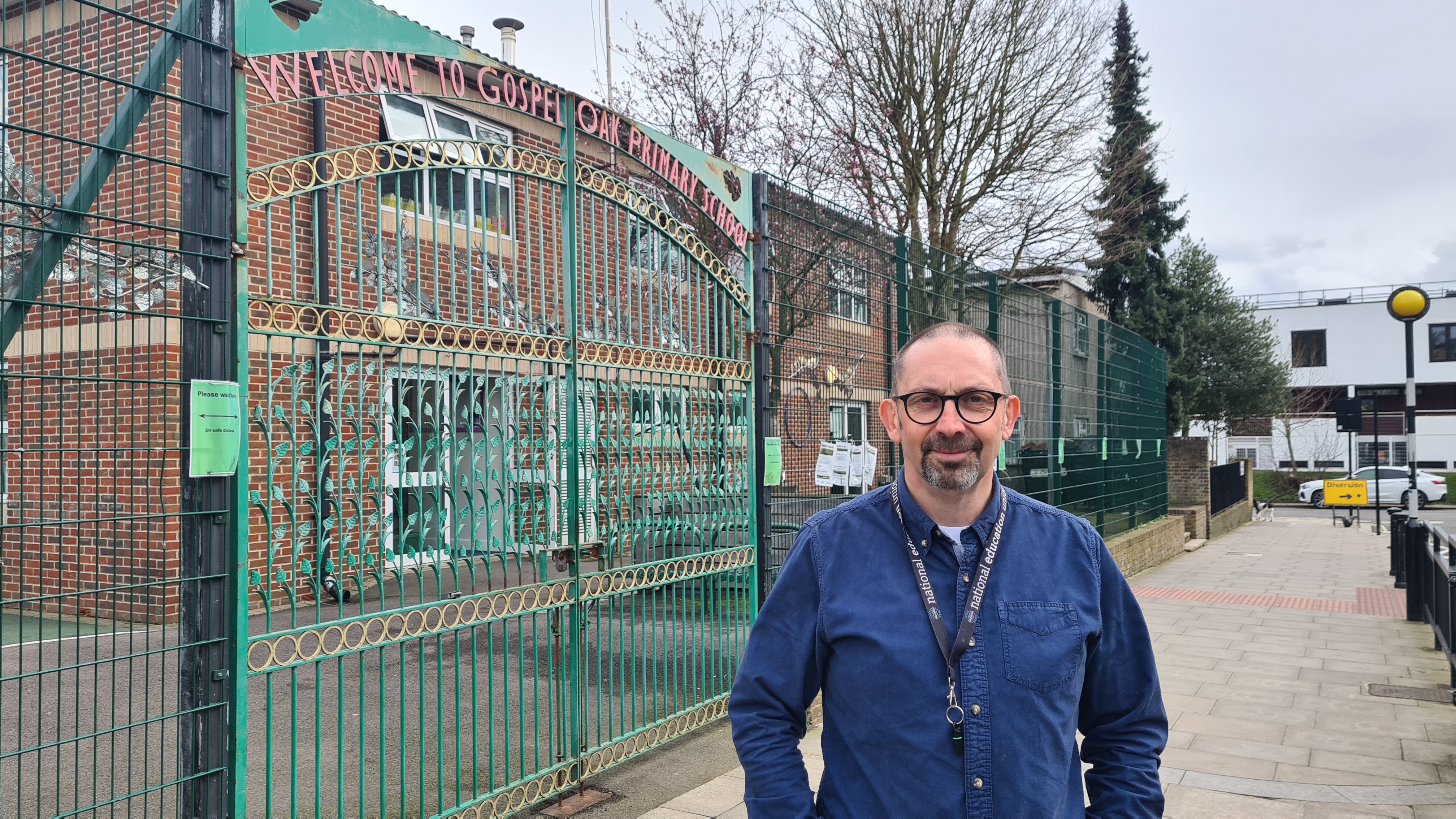 John Hayes outside the school’s gates in Savernake Road

GOSPEL Oak Primary School is set to make five members of staff redundant as the impact of falling pupil numbers in Camden continues to hit schools in the area.

Four teaching assistants (TAs) and one member of the school’s senior leadership team will leave the school in Mansfield Road as headteacher John Hayes has had to plug a £250,000 gap in the school’s finances.

The cuts come amid job cuts at Haverstock School and La Sante Union, as well as Carlton Primary School which is due to close its doors next month after 137 years.  All have pointed to the impacts of falling pupil numbers.

Abacus Belsize Primary School, which has long been in search of a permanent home, looks set to move into the Haverstock School site which could help ameliorate the school’s cash problems which is made worse by repayments on the private finance initiative deal to build the school a decade ago. Yet there are growing fears it could further impact school places in the area.

Mr Hayes said: “We’ve suffered during the last academic year with fewer children because of there being fewer children in the borough. That’s either through people not being able to afford to live in Camden any more, or people moving out of their own choice during the pandemic

“We are looking to be full again in September but that has had an impact. It goes back a lot further than that, we have been exceeding our income for many years. We’ve had to look very carefully whether we can replace staff who have left and in recent cases we have chosen not to replace them.”

He warned that the problems could get worse and that it could affect the school’s ability to offer music tutoring and other specialised sessions for children.

“We are moving to the situation where we’re doing reductions and ongoing costs cutting,” he said. “Losing a TA is huge. It’s huge because of the way the expectations around teaching has changed and they offer something working 1 on 1 with pupils.

“We have specialist music tutors who come in at the moment. If you take that away and narrow the curriculum, children will suffer because a kid who is a good trumpet player might not be so good at maths. And if you take that away, then it will affect their confidence – and that in turn might switch them off from English and Maths.

“We have the PTA (parent teacher association) but we can’t rely on them for ongoing staffing costs, just one off costs but that helps enormously in terms of buying things where we wouldn’t be able to afford it, and it is getting more essential stuff rather than luxuries.”