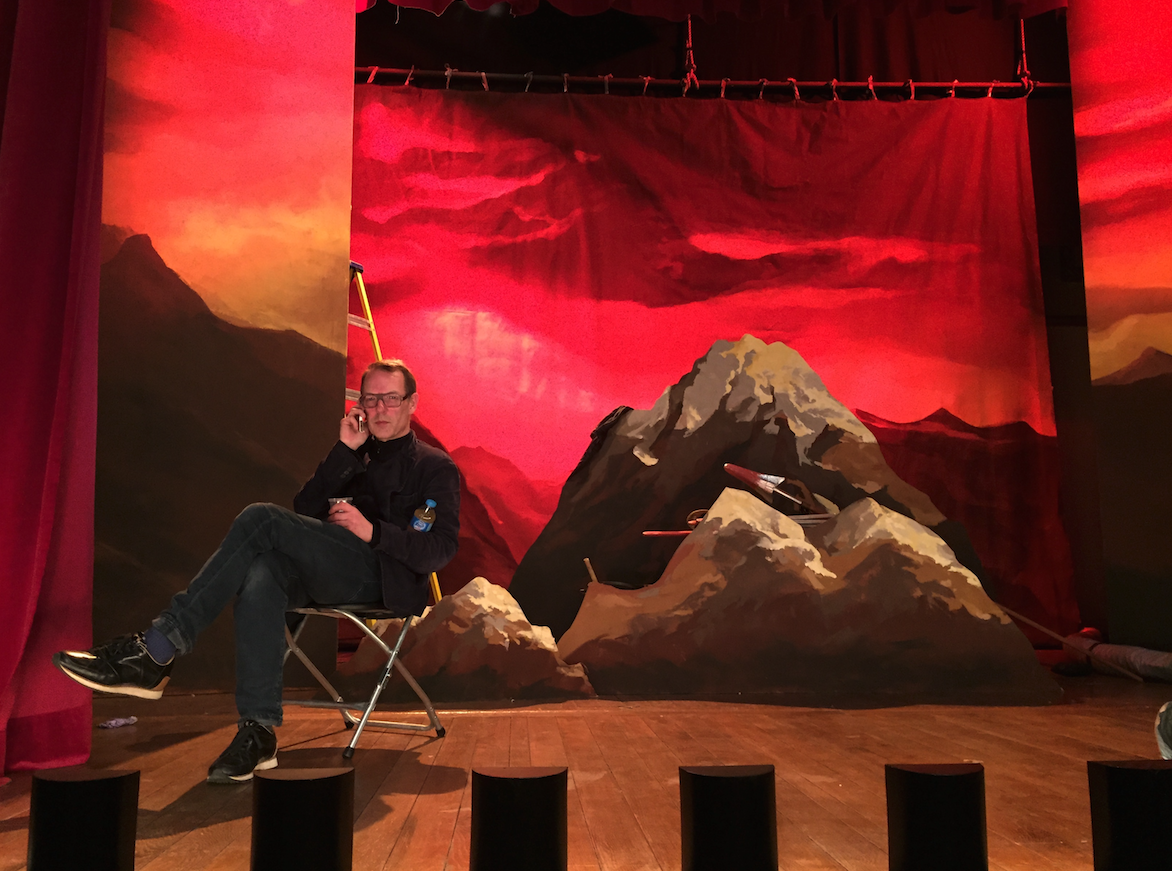 A LEADING film industry figure took his own life at his Covent Garden home just days after paying a private health firm £20,000 for psychological treatment, an inquest heard.

Alan MacDonald, a famed production designer who was working on the Mamma Mia sequel at the time of his death, was found dead at his flat in Neal Street in August, St Pancras Coroner’s Court heard on Tuesday.

The 61-year-old produced more than a dozen movies, working closely with director Stephen Frears on seven films, including last year’s hit Victoria & Abdul and, before that, the Best Exotic Marigold Hotel and The Queen, for which Helen Mirren won the best actress Oscar. He also designed many of the stage sets for Kylie Minogue tours.

The court heard that Mr MacDonald, who was bipolar, had contacted private clinic AddCounsel while “extremely vulnerable” and experiencing suicidal thoughts. The company decided his case was too serious for them to treat and referred him to a psychologist, who admitted him to the private Nightingale Hospital in Lisson Grove where he spent two weeks as an in-patient.

Samantha Presland, a lawyer representing his family, said that, on top of the hospital fees, the company had charged Mr MacDonald £750 a day for a counsellor to visit while he stayed at the Nightingale Hospital, calling the charges “deceptive”.

The court heard that he was charged around £10,000 a week by AddCounsel, while the cost of the hospital stay only came to £5,000. He was said to have been “distressed” after paying the £20,000 bill for his fortnight’s treatment and left feeling “he had paid out a lot of money and not got much in return”.

Questioning the company’s “relationship director” Jonathan Edgeley, Ms Presland asked if they had told Mr MacDonald: “If you go direct to the Nightingale it’s going to be £5,000 a week, give or take. If you want our additional services it would be approximately £750 a day.”

He responded: “No. I sent an email and invoice detailing costs.”

Ms Presland said: “The costs are deceptive in terms of what you are actually outlaying”.

While staying at the hospital, a member of AddCounsel staff visited Mr MacDonlad once a day, the court heard.

But senior coroner Mary Hassell said: “There doesn’t seem to be a great deal that’s added by that person popping in every day.”

Victoria Weaver, representing AddCounsel, said Mr MacDonald had been “willing and seemingly able” to pay for the service, adding: “There is no evidence that he took his life that day because of the money that AddCounsel charged him.”

Ms Hassell said she was concerned that clinicians had been alerted to the fact that financial pressures were a “trigger” for Mr MacDonald’s ill health, but that AddCounsel had not tried to find out if he was comfortable with the fees they charged.

Mr Edgeley said: “I didn’t see it as my place to pry in to the private financial circumstances of an individual.”

They had also not told Mr MacDonald that he could have referred himself for treatment at A&E, due to the severity of his condition.

She added: “Nobody was having that conversation. It seems to me an enormous gap.”

Recording a determination of suicide, she said: “I think it’s too easy to say it was the finances that made him decide the only way out was to kill himself. I think he was very anxious about a lot of parts of his life.”

His brother, Hamish, said: “He was an artist. He was going from one job to another seeking to build up not only his reputation but a financial security for the future. Underneath all that is an artist that goes right back to the 1980s, with Frick and Frack, furniture designers, and the House Of Beauty And Culture. He was an artist in his own right. His work has never been shown and we are only just starting to uncover some incredible structural work.”

His early work with John Maybury included the controversial, Love is the Devil, Derek Jacobi and Daniel Craig and music videos for Neneh Cherry, Boy George and the award winning, ‘Nothing compares to you’, with Sinead O’Connor.

He said that a memorial will be held at Wilton’s Music Hall in Whitechapel on June 21.