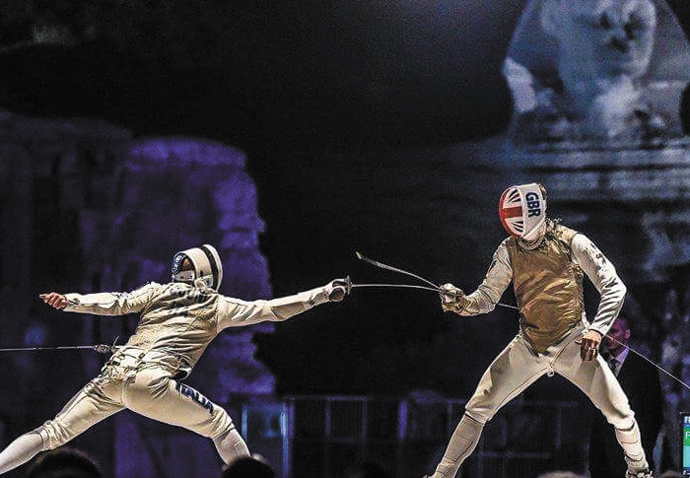 Richard Kruse, right, on his way to a 15-5 victory over Italy’s Alessio Foconi in Cairo. Photo: Ehab Eid

OLYMPIAN and multi World Cup winner Richard Kruse hopes his latest victory will “inspire” all the young fencers he teaches from across Camden and Islington.

The foil coach from Camden Fencing Club struck gold at the Cairo World Cup by beating Italy’s Alessio Foconi 15-5, a victory that saw him climb to fourth spot in the world rankings.

There was more than a touch of déjà vu surrounding the result, as Richard also beat Foconi in May to win the Shanghai Grand Prix. 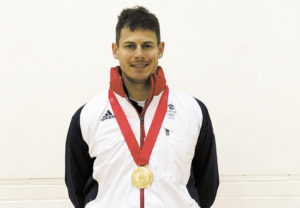 “I seemed to fence better as the rounds progressed. In the final I was flying. I would say I put in one of my best performances to date, along with winning in Shanghai Grand Prix in May, and the Cuba Grand Prix last year.

“My victory in Cairo has inspired team-mates in the GB squad. I had one fencer come up to me and say that he wanted to train harder in order to be able to win a World Cup event in future.

“Hopefully it will motivate the youngsters from Camden Fencing Club too!”

Richard, who came fourth in the 2016 Rio Olympics, coaches at the Camden club on Mondays and Fridays.

The 34-year-old will next compete at the Tokyo World Cup in November.