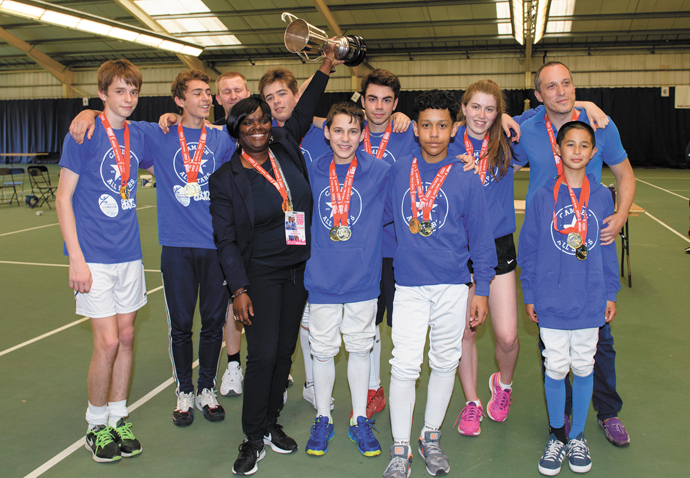 THE wait is finally over after Team Camden struck gold in the London Youth Games on Sunday at the Redbridge Sports Centre.

The borough’s brilliant young fencers won both their junior and senior competitions to capture Camden’s first gold medal in the team events since winning the boys football championships back in 2008.

The senior team, made up of Ben Stazaker, Jean-Baptiste Baigneres, Louis Decaudaveine and Sam McKinley, remained unbeaten all the way to the final, where they beat a strong Ealing side 45-43 in a closely-fought match.

They saved one of their best performances of the day for the final, where they eased to a commanding 45-25 victory over Barnet.

“We’ve enjoyed a few individual gold medals in recent years, but we’ve had to wait for a team victory.

“To get two at once is fantastic, and sets us up nicely for the finals weekend which takes place next month.”