It ended up taking place in Savile Row 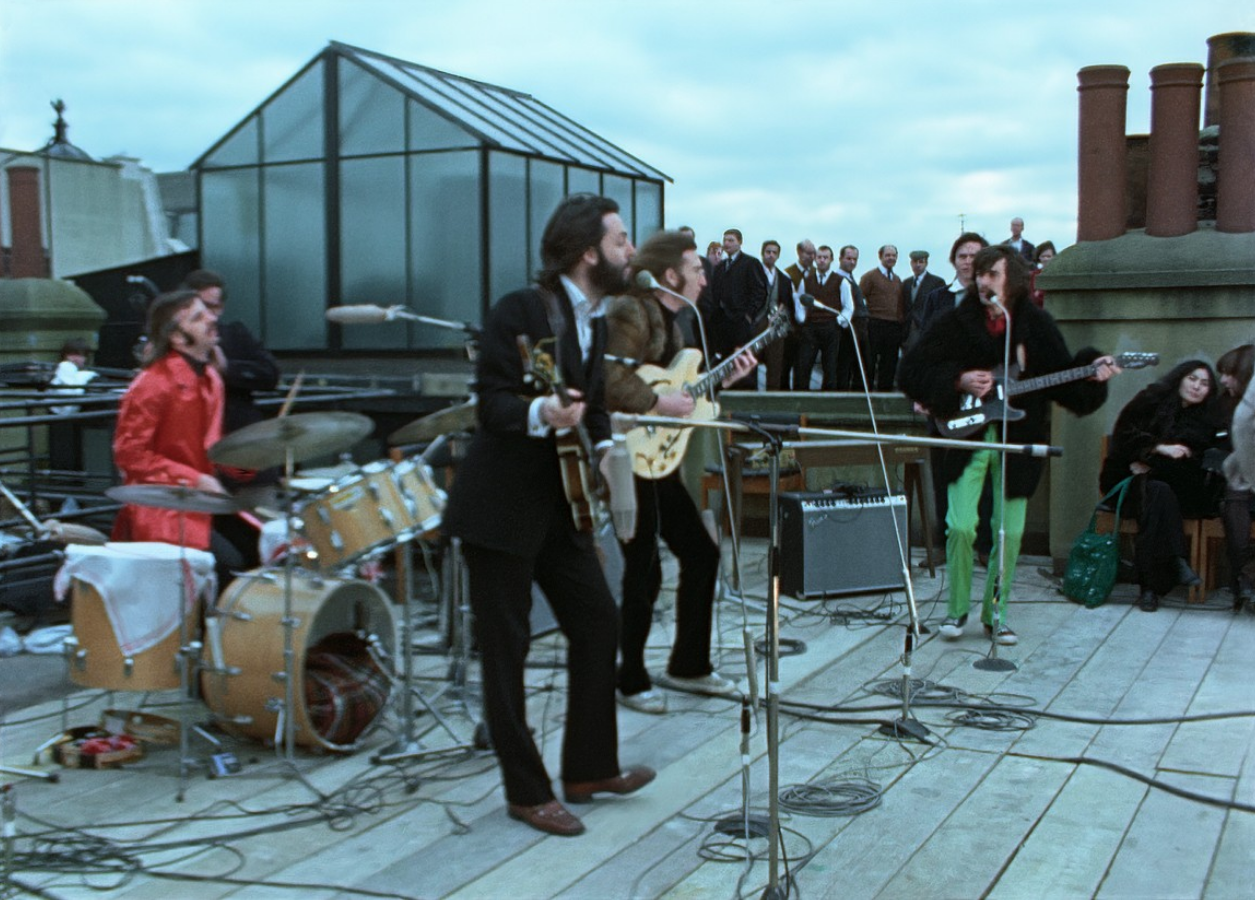 THE Beatles were planning to make their major live come-back on Primrose Hill in January 1969.

That’s one of the jaw-dropping revelations in the fascinating new Get Back documentary about the band which launched last week on the Disney + streaming channel.

The band had been working up new songs for what would become the Let It Be album and were looking for somewhere special to preview the material and play their first show since they quit touring in August 1966.

And in the documentary, John Lennon talks about a come-back film being partly shot at Twickenham Studios, where the songs were being recorded, and also in an unannounced place for a piece of cinéma vérité to see what would happen.

John Lennon says: “Paul was saying we’ll do the show (Twickenham Studios) once here and maybe go up Primrose Hill.”

In the end the Beatles still went with the idea of a surprise concert but changed Primrose Hill for the more controlled environment of the rooftop of their own Apple Records HQ in Savile Row.

And it wasn’t the first place in Camden that they were considering for their return to playing live.

A further dig into their archives reveals that in November 1968, the New Musical Express ran a story that John, Paul, George and Ringo had booked three nights at the Roundhouse in mid-December of that year to highlight songs from their then current record, The Beatles, better known as The White Album.

At the time, Apple Records executive Jeremy Banks told the paper: “These concerts will be a mindbender! The Beatles new album is the incredible achievement of five months’ work and they naturally plan to centre their appearances around these 30 tracks. Negotiations with The Roundhouse are at an early stage but will be completed this week.”

Unfortunately the shows never happened in the quick-moving world of the Beatles and as January 1969 approached they decided to film themselves recording what would become the Let It Be album. Of course, there are other notable Camden moments in the Beatles rich history.

The band famously came down from Liverpool to West Hampstead’s Decca Studios in Broadhurst Gardens, on New Year’s Day in 1962, but failed their audition with the record label famously telling the band: “guitar groups are on the way out”.

Paul McCartney eventually moved just up Abbey Road from West Hampstead to St John’s Wood and could often be seen walking his sheepdog Martha, she of the song, Martha My Dear, across Primrose Hill.

And in July 28 1968 the Beatles conducted their last ever proper photo session, with esteemed war photographer Don McCullin, in an amazing off-beat day that saw them snapped outside St. Pancras Old Church in Pancras Road; at Highgate Cemetery and then outside a random house in Swain’s Lane, Highgate and also at the Old Street Roundabout.