Extra time to finish the season? 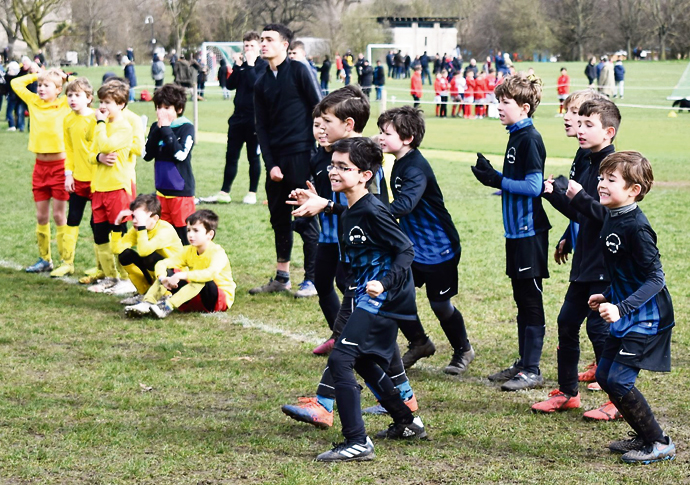 COACHES and organisers from youth football leagues will be keeping their fingers crossed that they still, somehow, get the chance to complete the 2019-20 season

The coronavirus outbreak has interrupted sport across Europe. And on Monday the FA released a statement “advising that all grassroots football in England is postponed for the foreseeable future”.

However, local competitions including the Camden and Islington Youth League and the Regent’s Park Youth League were well ahead of the measures, having already frozen their fixture lists.

The crisis leaves scores of title deciders and cup finals up in the air.

Hundreds of footballers were due to play at Regent’s Park on Saturday in one of the busiest matchdays of the season so far. But on Friday officials running the Regent’s Park Youth League contacted clubs to tell them the action had been halted.

A statement read: “Due to the recent developments surrounding the coronavirus, we have decided to postpone all fixtures until further notice. The league have taken advice from the FA, Royal Parks and clubs, and feel this is the most suitable decision.

“We do not feel it would be appropriate to encourage the gathering of over 3,000 individuals for a seven-hour period.”

The move was made before the government started advising against large gatherings on Monday, with the league acting early to protect “players, referees, coaches and staff”.

The youth league organisers added: “We appreciate this may cause inconvenience for some members. We will continue exploring potential contingency arrangements should this continue to escalate in the near future.”

At this stage it is too early to know exactly what plans could be put in place to play any remaining games, with no sign of the Covid-19 pandemic slowing down.

One option for some leagues could be to hold a huge day of deciders before next season starts in September, if grassroots football has been given a green light to return.