Peter Gruner talks to Charlotte Raven about coping with Huntingdon’s disease... and how living in Kentish Town is a real help 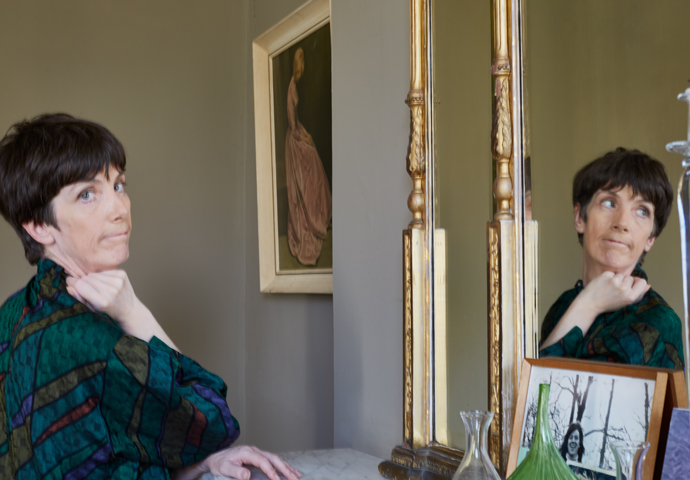 IT’S one of many funny moments in Camden writer-journalist Charlotte Raven’s new book about coping with a degenerative brain condition.

Talking to Review, Charlotte admits that the illness can make her seem a bit odd at times, so she’s grateful that she lives in Kentish Town which is “full of eccentrics”.

The book, Patient 1: Forgetting and Finding Myself, is an account of how having Huntington’s disease can cause major physical and mental changes. They include jerky, uncontrollable, involuntary movements and memory loss.

Her story contains much trauma and sadness. There is the eventual break up of her marriage to husband Tom, (although they are still good friends and he lives nearby) and a point when she even considered taking her own life.

But a misery memoir it is certainly not and eventually she learns to live with the disease. There’s also brilliant sardonic, often self-deprecating, Ravenesque comedy. She remembers how she once wanted to write a book about narcissism but gave up because it felt…well, narcissistic.

Charlotte had never heard of Huntington’s until a friend of her father mentioned that her dad had been diagnosed with it. Why hadn’t dad, who developed the disease in his 60s, not told her before?

Well, he didn’t want to worry her as she had already lost her beloved mother four years previously. And of course she did the one thing you should avoid if you suspect you might have a serious illness. She looked it up on the internet. There she discovered that offspring of a carrier, and Charlotte has two children, have a 50 per cent chance of eventually developing the disease.

The 52-year-old writes that she’s glad she lives in Kentish Town rather than a sleepy village where her eccentricity would be the talk of the local pub. “The madder I get in Kentish Town, the more I fit in.”

She describes the High Street as like an Alexander McQueen catwalk, full of characters.

There’s a Victorian lady in a full-length bustle skirt and straw boater who passes by her home every day, presumably on her way to work. “I wonder what happens when she gets there,” Charlotte writes. “Does she fold her Victoriana away and reach for a modern dress?”

Then there’s the doll lady at the local Cancer Research shop. The woman pushes an old-fashioned pram containing 10 baby dolls. “In her head they are screaming blue murder,” Charlotte writes. “What happens when she gets home? It must take forever to feed them all. Do they need an afternoon nap?”

Prior to discovering she had the disease in 2005 Charlotte wrote for and edited the controversial 1990s arts and culture magazine Modern Review along with writers Julie Burchill and Toby Young.

Charlotte thought about suicide, but writes, she couldn’t decide how to do it. She considered “peaceful self-deliverance” jumping from the jetty at the Women’s Pond on Hampstead Heath. “Diving down, down, like an otter and never resurfacing.” Would anyone miss her? Of course they would.

She became interested in mindful meditation, which she accepts may work better than antidepressants for some. “But it was a tricky thing to master when what I really wanted was a quick fix.”

Today life has improved somewhat. She still meets up with Tom, and he and her two children (her daughter lives with her) are a comfort and support. She has discovered that a combination of drugs and lifestyle changes make her feel more positive. In the end she decided she had to try and live with the disease.

“It took me a while, but I scrabbled my way up and out of depression. The atmosphere at home improved and the light bulbs seemed to last longer.”

She sings in a folk choir.“I am a terrible singer, but I liked the way it felt to sing with one voice and be part of a collective.”

She added “all that tired old rubbish about living in the moment, taking each day as it comes, counting your blessings etc. has turned out to be embarrassingly pertinent.”

The best news is that she has the opportunity to trial new experimental treatments that hopefully one day may prove to give her a new lease of life.

More about her love for Kentish Town? She told Review: “I’ve enjoyed marching up and down the high street with my children. Our favourite places are Doppio for iced coffee, which I enjoy whatever the weather. I was gutted when all the charity shops shut in the lockdowns and I’m delighted that they’ve now reopened. I’ve got a long-term relationship with Gail’s bakery.

“I’m back on the pastries and quiche. My daughter loves the Owl Bookshop and we have developed a feminist reading list for her that I have enjoyed administering. Now my book is out, I was thrilled to see it there on the shelf at eye level.”

Her book has an afterword by Professor Ed Wild, consultant neurologist at University College hospital, Euston. He works on genetic research and describes the disease as “the most curable incurable brain disorder”.

Professor Wild reveals that during one recent trial treatment session for Charlotte he played Beethoven’s Pastoral Symphony to help calm the mood. “After just a few bars, Charlotte made her opinion known. ‘Will someone please turn off that f…ing noise’.”

She told Review that she likes retro punk and 90s house music. “I make my children listen to folk, having been in a folk choir myself at Cecil Sharp House. My son very kindly came to the concerts and sat in the front row. He originally confessed that he had always hated it. He prefers pop. I like Little Fluffy Clouds by The Orb and Identity by X-Ray Spex.”

• Patient 1: Forgetting and Finding Myself. By Charlotte Raven, Jonathan Cape, £14.99.