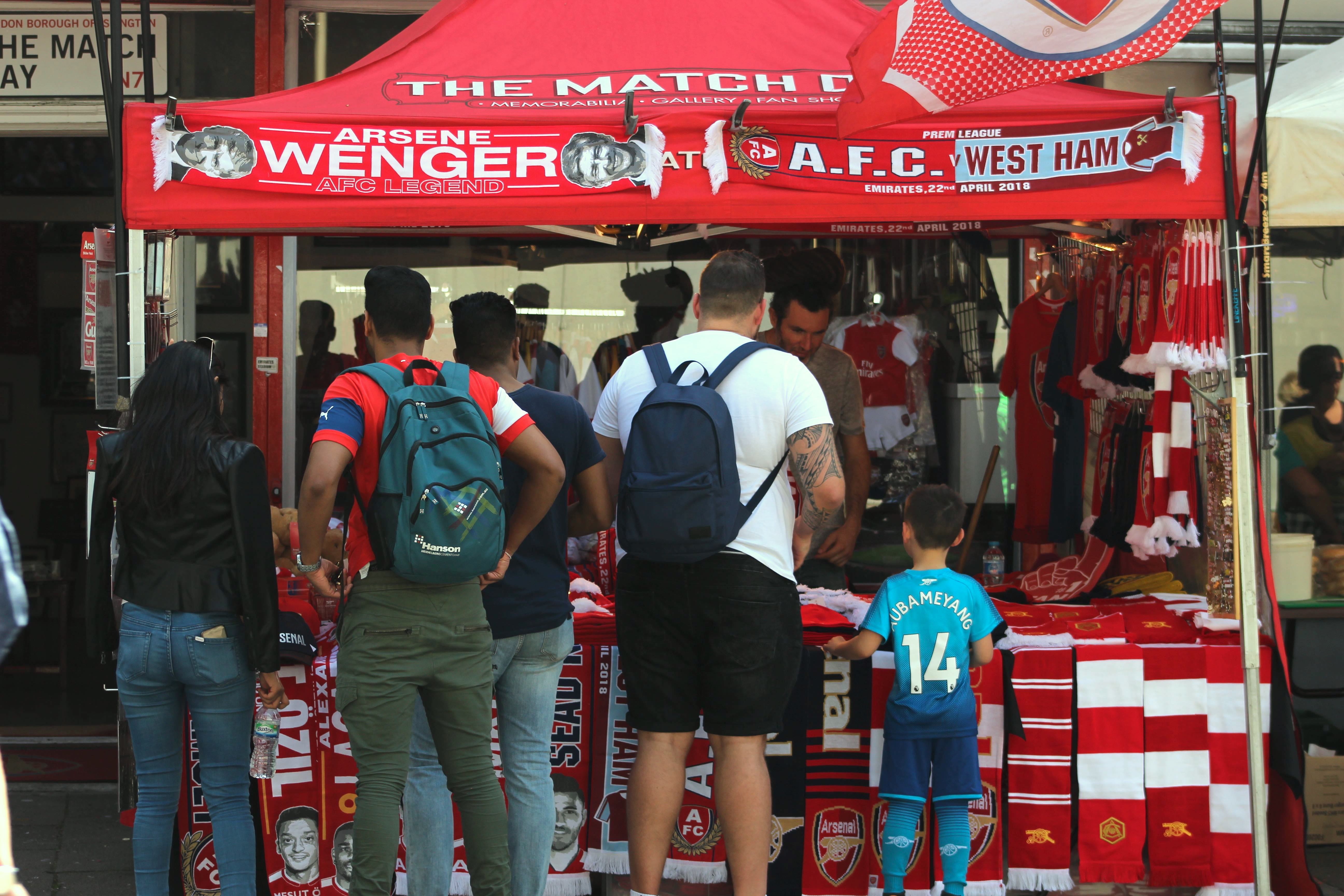 Wenger scarves on sale outside the stadium

HERE was a performance which summed up both the excitement and frustration of Arsene Wenger’s later years at Arsenal, as if a new illustration was needed to mark the manager’s big announcement.

Two days after he said he would be stepping down from 22 years of managing the club, he watched his team huff and puff with a lack of purpose throughout a stale first half against West Ham United and then come alive in the second, climaxing with a happy goal rush. True to the story, we had players in the team who Wenger has undying patience with, alongside talents who should be competing for major honours every season.

The ‘do it for Wenger’ spirit which the players had promised was strangely missing in that flat first half, as was the expected love-in from the stands. There was almost ambivalence to what was unfolding, and it was only when Arsenal were ahead in this match did ‘there’s only one Arsene Wenger’ ripple through the fans. Numbers were up from recent league matches, but there was still an awful lot of empty red seats in the upper tiers. The nagging theory remains that Wenger’s exit had more to do with the vacancies at home fixtures and a worry about season ticket sales, rather than an indifferent season on the pitch, which is now hanging on a tough Europa League semi-final with Athletico Madrid.

Danny Welbeck missed the target with several first half chances and Laurent Koscielny and Hector Bellerin both might have scored, but at times it seemed just as likely as West Ham, for all their time-wasting in search of a precious point, might squeeze in front. Joao Mario slipped through defence and shot straight at David Ospina, while a header from Angelo Ogbonna rolled off the top of the crossbar.

Arsenal stirred into life after the break, book-ending a sticky patch in the middle of the second half with periods of unrelenting waves of attacks and a rough and ready version of Wengerball. Nacho Monreal opened the scoring by turning in a corner amid these forward bursts.

West Ham are not wholly safe from relegation and with that in mind manager David Moyes responded with attacking substitutions which paid dividends when a spot of frantic pinball eventually fell to Marko Arnautovic, who drove past David Ospina. 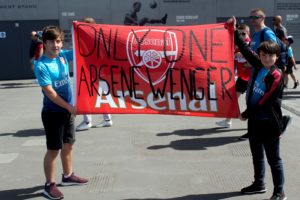 Suddenly, Arsenal were shaky and hurried in a manner that will prove reassuring to any spies and scouts watching from Madrid. It felt like the game might drift into one of the calamaties which have peppered Wenger’s final season. The big task for the next manager at Ashburton Grove is to make sure Arsenal are as powerful at the back of the pitch, as they can be at the front. After all these years, signing the very best defenders has remained a glaring weakness for Wenger. There is a need for more clean sheets.

With 20 minutes left, Wenger finally took off the disappointing Alexi Iwobi, ineffective nearly throughout, and put on Pierre-Emerick Aubameyang, who had strangely started on the bench given he is cup-tied for Thursday’s match. The effect was dazzling as the Gabon forward combined with Alexandre Lacazette and Aaron Ramsey. The combination will be hard for Wenger to walk away from. He’s just put it together after years of persevering with Olivier Giroud.

There was a touch of fortune about the goal which put Arsenal ahead again. Ramsey turned a cross into the area, Aubamayeng did not stretch for it perhaps confusing Hammers defender Declan Rice and the ball rolled all the way into the far corner, deceiving Joe Hart. 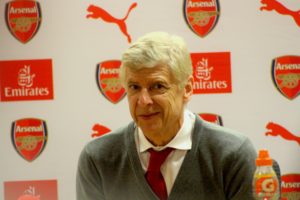 Before West Ham could reach for Andy Carroll, they were 3-1 down as Aubamayeng played in Lacazette to blast the ball past Hart from acute angle and with the aid of a slight deflection. Lacazette benefited again from the unselfish passing a few minutes later to book his second goal. Ramsey and Aubamayeng combined before slipping it central to Lacazette who stepped inside and pushed the ball in. It was a picture to explain why Lacazette had been chased by Wenger for so long before capturing his signature last summer. The scoreline may have been flattering, but there had been flashes of how its all supposed to work.

Wenger, facing the press afterwards, said he did not want to talk about the circumstances around his resignation statement, how he had reached the decision and why. Pressed about the emotion of this milestone week, however, he stumbled into a mention of fan unrest, which he then seemed to instantly regret, appealing to the press conference that he did not want his mild comments converted into “silly headlines”.

“Personally I believe this club is respected all over the world, much more than in England, and that our fans did not give the image of unity I want at the club all over the world and that was hurtful,” he had said. “I feel this club has a fantastic image and, for me, that is absolutely vital. We can speak and speak and speak but sport is about winning and losing and you [the supporters] have to accept you will lose games, even when I will not be here anymore. But it is about something bigger than just winning or losing and that was always a worry: how the club is perceived worldwide, for kids playing in Africa, China and America and the dreams it can create for young children who want to play football.”