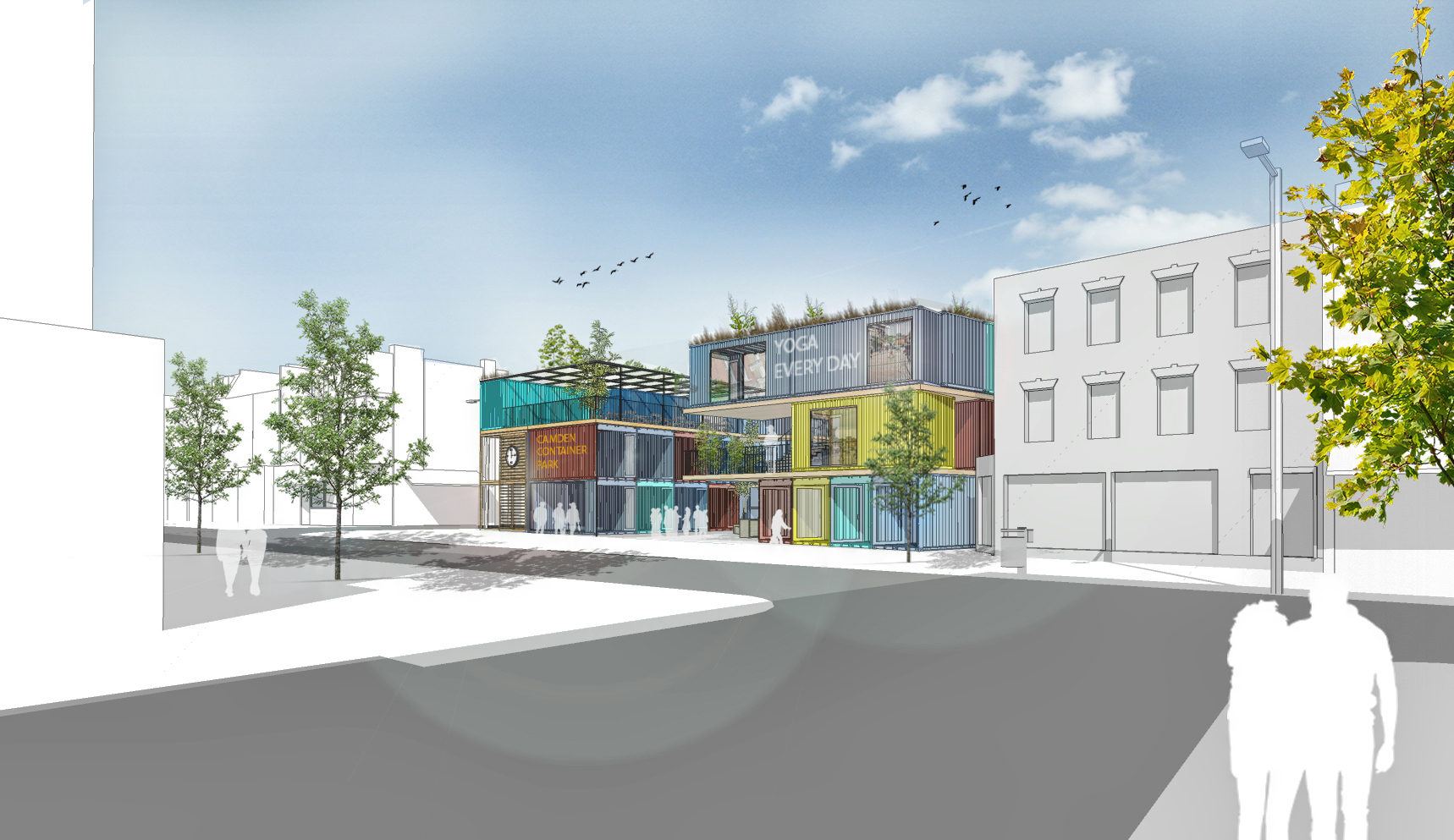 How the new structure would look

A RADICAL redevelopment scheme for a Camden Town market is set to be unveiled today (Thursday) with proposals for a futuristic “sea container” shopping complex.

The New Journal can reveal that retail units made out of recycled shipping containers have been mapped out for the Buck Street Market area, the first market reached by tourists arriving by tube. A revamp of the site has been talked about for almost a decade but an overhaul has been delayed while Transport for London (TfL) worked out how it planned to upgrade congested Camden Town underground station.

Site owners Lab Tech say they will now ask for planning permission to build a three-storey market using the containers.

The project is the brainchild of architect Eric Reynolds, who was one of the pioneers of Camden Market in the 1970s and whose firm Urban Space Management has used containers elsewhere for simple solutions.

Lab Tech director Chen Moravsky told the New Journal the project would take around four weeks to complete, needed no foundations dug out and would ­radically improve the look of the market.

He said: “We have been looking at the site for a while. There have been various things talked about but we are not physically able to build it while any work is going on beneath the surface. In terms of creating anything permanent, we have been restricted by the TfL plans.” 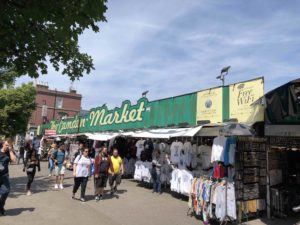 TfL are now working on a modernisation of the tube station which would create a new exit in Buck Street, although work is not expected to be finished until 2028. Plans for a four-storey hotel building have been paused, with the idea of the temporary market structure set to be made public.

It will include a new community space which Lab Tech suggested could be used for yoga classes.

Mr Moravsky added: “It is an important site in Camden Town. It is the first thing you see when you come out of the tube and it obviously needs attention – it’s not good for the area. “We think it is a brilliant way of solving this issue, it will look fantastic. It keeps the traders working there and feels like the ideal solution for the site.” Work could start in October with traders moved to other sites in Camden Market before being offered the right to return.

Stallholders who spoke to the New Journal this week were generally positive about the plans, but warned they could not absorb large rent rises after the work is complete.

One said: “We are waiting to see what the terms are. They have said we will be allowed back and they can’t put the rents up really as it will still be a market, not a shopping centre.”

Another added: “It is a good scheme, and will make us safe from the rain. If it [the work] is just for a month, I’ll go on holiday. It will also improve our business. The place needs it, but if they put the rent up too much, we’ll all just go and trade somewhere else, and they will be stuck having to find ­others to work here.”