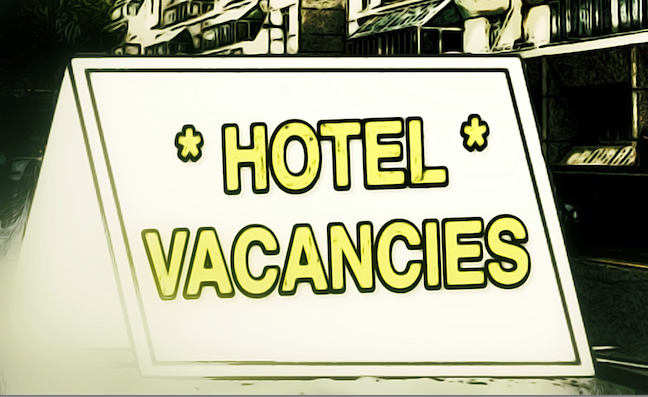 BUSINESS in Camden’s so-called council-flat hotels was last night (Wednesday) feared at risk of becoming “rampant” with new probes launched into tenants and leaseholders suspected of undercutting hotels by letting out prime-location flats and houses to tourists.

An investigation by the New Journal has led to fresh warnings for people living in council flats and former local authority properties that they could face serious penalties if they misuse the trendy holiday lettings website Airbnb to operate their homes like bed-and-breakfasts. 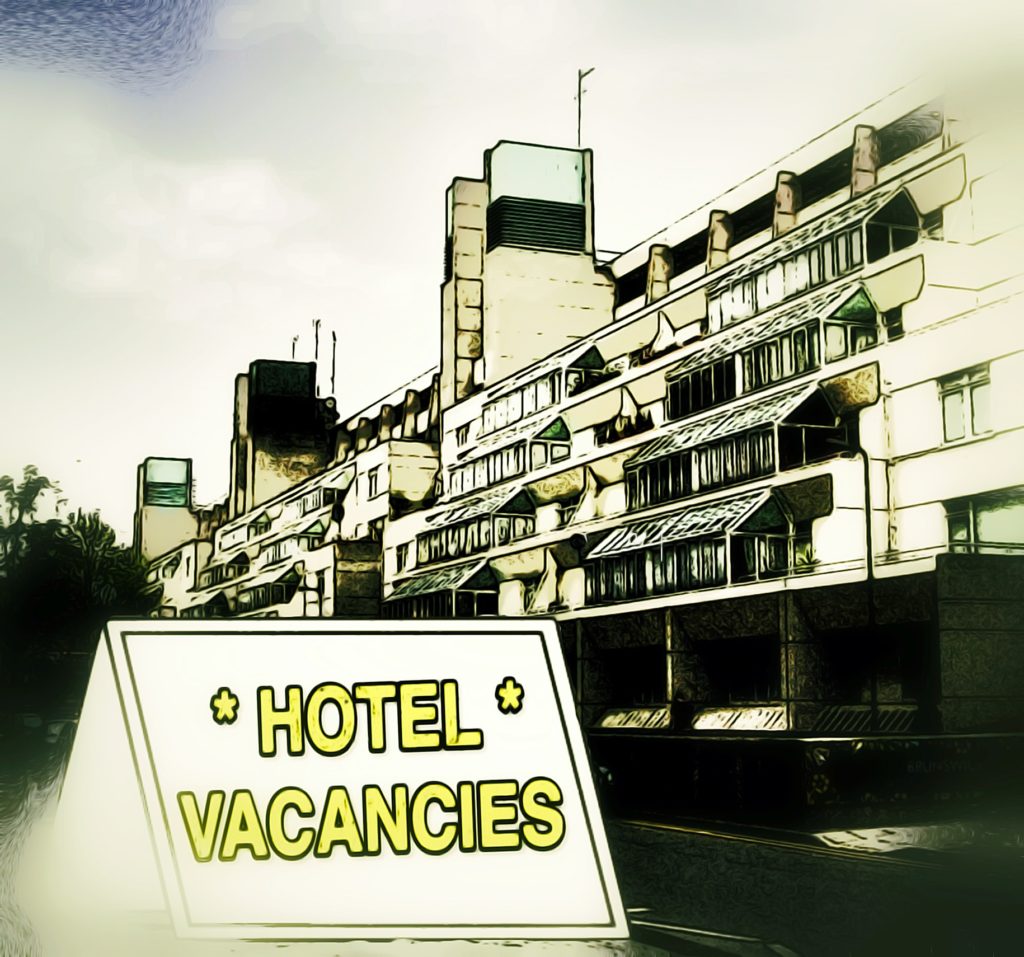 Officials were meanwhile looking at a clutch of new Airbnb adverts that have been brought to their attention following our front-page revelations about the practice last week, some clearly showing the outside of Camden-owned estates in the promotional photographs.

The Town Hall warned that the stiffest sanctions could include eviction, and urged anybody using, or thinking of using, the website, which advertises properties for short-term stays to holidaymakers from around the world, to speak to officials first.

With a 26,000-strong queue for council homes, the issue has an extra sensitivity to it, as those still waiting for accommodation are likely to question why rooms and flats that could ease the chronic demand have been made available to tourists. For leaseholders meanwhile, part of the right-to-buy deal on local authority homes is that the property must remain residential and not be used as a business.

Although not a trend that is exclusive to the borough, council-flat hotels in Camden have a greater potential to make significant amounts of money, due to their locations within a mass tourist market.

Last week, we revealed that a fraud-stopping team at the Town Hall was examining claims from neighbours that a council flat within walking distance of Primrose Hill was effectively being used as a B&B in the summer months.

The council is investigating whether tenancy conditions were broken in this case, said to be linked to an Airbnb advert, where the use of the property was offered at £140 a night. People living nearby said a revolving door of tourists came in, while the regular tenants disappeared for up to three weeks.

This week, the New Journal learned:

There are other holiday lettings sites but Airbnb, which enjoyed buzzy reviews on broadsheet travel pages throughout last year, has proved to be one of the most eye-catching as its operation has spread across the world.

One council source described it this week as the “eBay of hotel bookings”, already holding a firm grip on its market despite fierce competition.

It has become the scourge of the hotel industry to some degree, because listings, generally, have cheaper offers of accommodation. With close to one million listings, the site hands people with properties the chance to effectively run them like bed-and-breakfasts, without the need for officially changing the use of the building to a hotel – something that would require planning permission.

The user advertises a room or a property, sets a rate and it is then listed on the website. Tourists book through Airbnb, which takes a cut when the money is collected.

Listings on the site this month show rooms and properties being advertised in estates owned, overall, by Camden Council, such as flats on the Tybalds estate and the Brunswick Centre in Holborn, and the famously picturesque Holly Lodge Estate in Highgate. This does not automatically mean that the cases are tenancy breaches, but they are a starting point for investigating officials.

The New Journal flagged up three past listings to the council this week. The adverts had included offers of sumptuous breakfasts that could have been lifted from a fully functioning hotel’s menu, and hosts who seemed willing to act as tourist information guides to their short-stay guests. All had a long list of congratulatory reviews from past guests, a clue that it’s a service that has been well used in recent months at least.

A Camden Council spokeswoman said: “It would be inappropriate for the council to comment on individual cases that will now be looked into.”

She added: “Action is currently being taken against some tenants and leaseholders who have advertised their properties on Airbnb. We also encourage people to report any suspected cases. “If tenants were not aware they are breaking the rules they need to contact us to discuss it. If they are no longer living in their home the council will take steps to end their tenancy so it can be re-let to someone on the housing register or someone who is homeless.”

Camden has taken a tough line on more general illegal subletting of council flats in the past two years. It followed up a key amnesty by repossessing 800 homes.

Housing chief Councillor Julian Fulbrook said: “The rise of websites like Airbnb, without any checks and little information on the legal boundaries, has unfortunately led to a drift into fraud. I want to emphasise that there can be many good reasons why someone taking in a lodger or sharing a flat can be entirely legitimate, but the key point is that the tenant or leaseholder must also stay in residence.”

He added: “What we cannot allow is a rampant churn of short term and bogus holiday lets which is so destructive of a settled residential community, and these scams have been driving rents in the private rented sector into the stratosphere.”

Although holiday-let fraud is not completely new for council investigators, there is an acceptance that sites like Airbnb have led to a need for vigilance.

A council spokeswoman said: “The growth of Airbnb has highlighted a need to develop the advice we provide to tenants about services like Airbnb and we will be taking this forward. The council is currently investigating five cases where properties have been advertised on Airbnb.” An Airbnb spokesman said the company was not responsible for tenants or leaseholders listing properties for lets, and that hosts needed to check with their landlords to see if they were breaking any tenancy rules. Airbnb hosts agreed to comply with all applicable rules and regulations when they list on Airbnb, he added.

Some inner London Labour MPs fear private property owners will see that they can make more money marketing their homes to tourists, rather than to settled, long-term rental tenants.

And Karen Buck, who represents Westminster North, told the House of Commons earlier this month that “neighbour­hoods increasingly resemble an extension of the hospitality industry… The growth of the unplanned and deregulated hospitality economy is already eroding the ability to provide homes”.

She was speaking as government ministers discuss plans to deregulate the planning system to give more powers to property owners to offer short-term lets in their own homes.

Without having to apply for “change of use” planning permission, the warning is that homes that once went to renters will become pseudo-hotels. Ms Buck said in Westminster, the borough neighbouring Camden, research showed “that a one-bedroom flat would earn almost £800 a week in the short-term let industry, compared with £440 on average for a longer tenancy”.

She warned: “We need a healthy private rented sector.”

But Tory local government minister Brandon Lewis, who supports deregulation, said: “We all know that the internet is creating a new world in which to live and do business. It has made it much easier for people to rent out their property; references have been made to Airbnb, for example. It allows residents to supplement their incomes and offer new experiences for consumers.”

He added: “Planning legislation for the capital needs to catch up with our 21st-century way of living. Every year, thousands of visitors enjoy their holidays in Londoners’ homes. Such short-term letting already supports major events, such as tennis at Wimbledon. Our proposals will not only benefit London’s strong tourism industry by expanding the competitively priced accommodation offer; it will allow families to earn some extra income by making their home or spare room available to visitors.”

An Airbnb spokesman said: “Airbnb hosts share their homes with respectful guests from around the world and use the money they earn to pay the bills. More than half the hosts we surveyed told us that hosting helps them stay in their homes. Far from removing houses from the market, we are helping local residents stay in their homes and afford rising living costs in one of the most expensive cities in the world.” He added: “We welcome the govern­ment’s plans to make the UK a leader in the sharing economy and reform outdated laws so people in London are able to share their homes.”