Every night is comedy night! 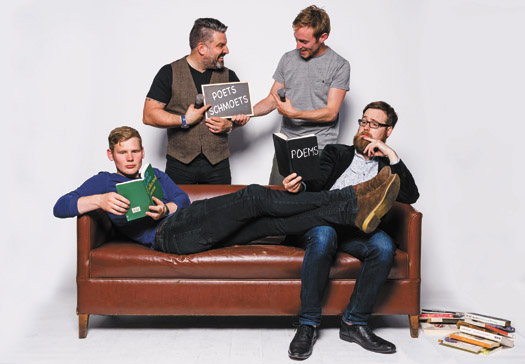 WITH a variety of music venues to assuage any taste, food from around the world at the Stables and pubs aplenty its rare to find someone who can’t be entertained in Camden!

Just to add another string to its bow Camden is a bit of a comedy hotspot nowadays. You’ll find bigger purpose built venues hosting large-scale nights alongside alternative, edgier shows in tiny rooms above shops.

Just over two years ago I found myself placed firmly somewhere in the middle of these two extremes when I took over the intimate 70-seater venue above The Camden Head pub in Camden High Street. Previously a music venue, the management had more and more comedians hiring the room and audiences delighted to find them there. They wanted to respond to this and create something special.

I’ve worked in comedy for a number of years and I’m from the area so in what felt like a perfect opportunity. They brought me on board and together we’ve created Camden Comedy Club, Camden’s only seven nights a week full-time comedy club.

Every night a throng of locals and tourists alike grab a drink at the bar, head up the stairs and watch anything from sketch nights, new material shows or bigger name comedians like Mark Watson, Sara Pascoe, Mae Martin or Hal Cruttenden strut their stuff.

And we’re developing a new side to the club. We want to make it more community based. Whether that’s offering budget rehearsal space to local creatives, running workshops or doing something else we haven’t even thought of yet. An excellent part of my job is that I get to develop my own shows at the club.

Stand Up & Slam! and Rob Carter is Christopher Bliss have monthly performances at the club and have both gone on to do well at festivals and other venues around the UK, as do many other companies and creatives. Next stop: let’s make it even more!