Euston: People need somewhere to live, not plans for a soulless plaza 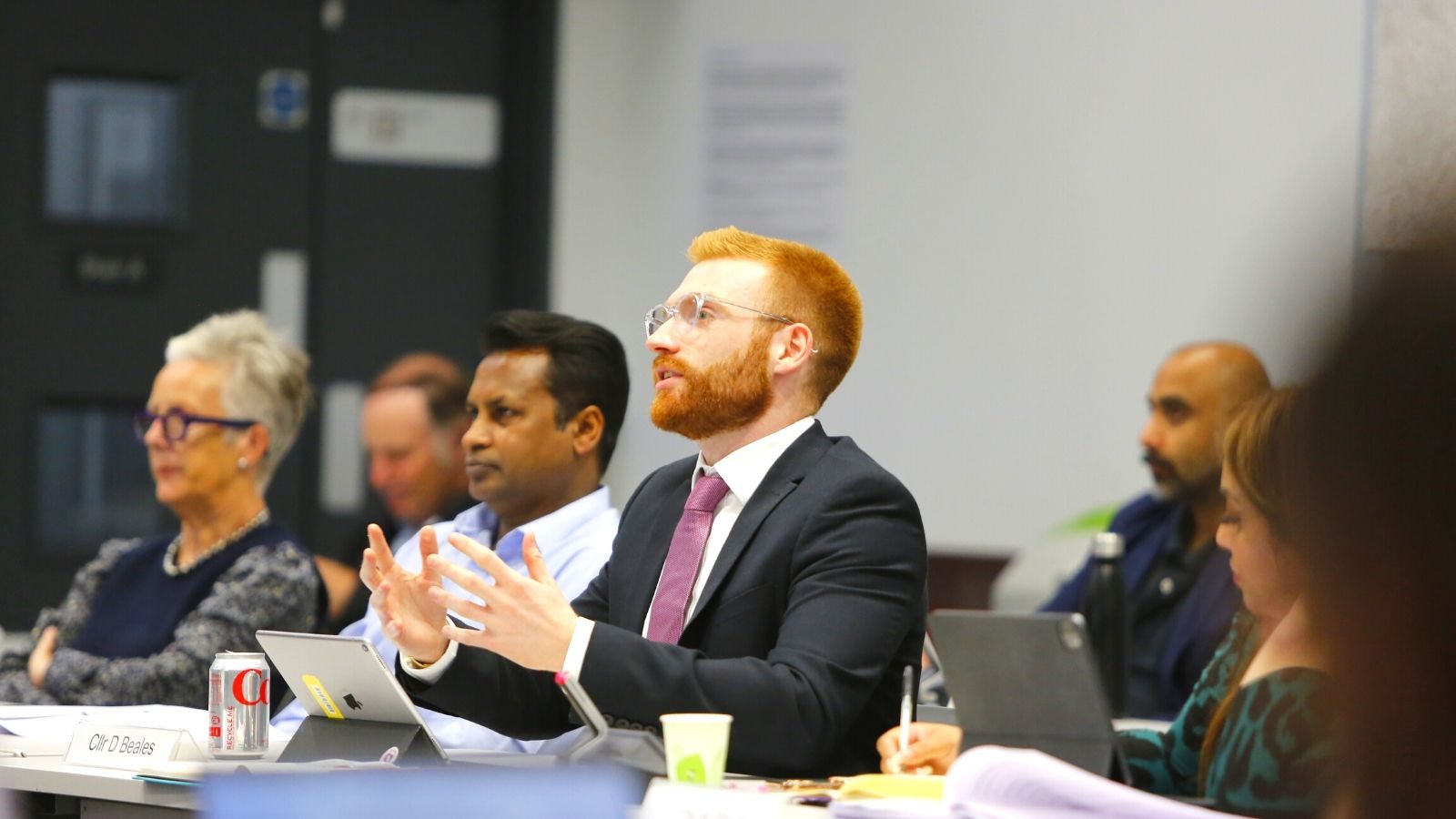 TOWN Hall chiefs have been urged to ensure a massive overhaul being planned for Euston does not go the same way as the regener­ation of King’s Cross.

Councillors debating the future of the area – which is facing a revamp due to HS2 rail works – were told to be “more ambitious” and not to be short-changed on housing and open space.

The transformation of the King’s Cross railwaylands over the past 15 years has seen a brownfield site, with a reputation for being London’s red light district, turned into a safer, cleaner area.

It is now emerging as a tech belt for firms such as Google and Facebook. But sometimes it is criticised for lacking soul and charm, and more often for returning less than 650 affordable homes on such a large opportunity site.

The penthouse inside the Gasholder complex is marketed at around £7 million.

These criticisms has led to council chiefs being asked to demand more this time around, as the area around Euston station is flattened and rebuilt.

Green councillor Sian Berry, her party’s former national leader, said there were successes around King’s Cross but “there are some things that we are not entirely happy with”, adding: “We did get a very low amount of affordable housing, in the end. We shouldn’t have to compromise on this with HS2 and Euston. This scheme has billions of pounds.

“Why shouldn’t we get this scheme to make up for some of the failings of developments in the area? Should it not be a scheme that balances this? Ambitions have to be raised and we need to ask for the absolute best.” 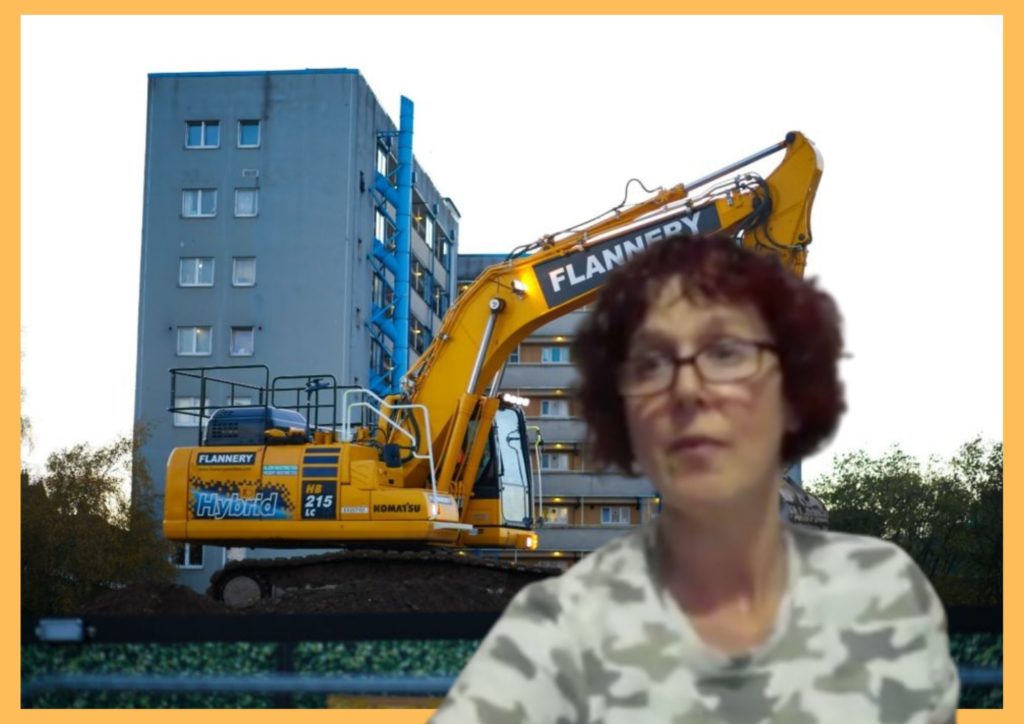 Carol Hardy, who has lived on the nearby Regent’s Park estate for more than 50 years, told the meeting: “I moved here when I was two. I spent most of my childhood in Englefield, Clarence Gardens. I moved into Cartmel where I bought up my children, who are now grown up teenagers.

“Like everyone else I had to endure the nightmare of HS2. What I want to ensure and request and hope is that when putting together a new Euston Plan we have affordable housing for those who need it, for the families and their children, so we can continue the community.

“We need to ensure the right schools and businesses are there, lots of jobs and facilities for local people. Not that it just gets sold off. We need that community sense that it’s not just somewhere to live, but somewhere to be proud of.”

The £108 billion new rail link to Birmingham and later cities in the north will take 20 years to complete.

The New Journal has already been writing about it for more than a decade, reporting on how people living and working in the area have suffered.

Some have been forced to move, some told to keep their windows shut; others left stranded next to a noisy, dusty construction site.

Ms Hardy added: “We need to make sure we don’t get short-changed again.”

Development company Lendlease already has a contract with the Department for Transport, which compulsorily purchased most of the land around Euston for the HS2 development. It will draw up a “master plan” for the area’s future.

The multinational company will be offered the first chance to buy the land, valued at £7 billion when the HS2 works are complete.

Despite the huge stakes and powers at play, the council believes it can still influence the future of Euston through its own planning framework.

Peter Bishop, who chairs the Euston Design Review Panel, told the meeting: “The challenge you are facing as a council is the wide responsibility of delivering a piece of infrastructure of national importance with the responsibility to look after your community.

“These are some of the most deprived communities in London. It’s not about physical form, it’s about the economic and social consequences… It is about creating a piece of London that everyone feels comfortable going into, and not some sort of plaza or precinct that no one feels comfortable in.”

With horror stories shared at the meeting – and even more relayed to the New Journal by residents not invited to speak at Monday’s debate – the council has faced criticism for appearing more interested with the regeneration of Euston than safeguarding residents from the demolition works. It once thought it had won assurances from HS2, only to change tack last year to a more combative mode.

Regeneration chief Councillor Danny Beales said:“What I get from this meeting is a real sense of a community under pressure. The council is doing a lot. We have heard how we need to think about the future and the present. We must be ambitious. We need green space and genuinely affordable housing, and we need opportunity for those in Regent’s Park and Somers Town.” He added: “The key test is are people healthier and happier in the future”

THERE might only be one or two left in the council chamber, but those with long service will have recognised the face that popped up on the screen in the middle of the debate on the future of Euston. 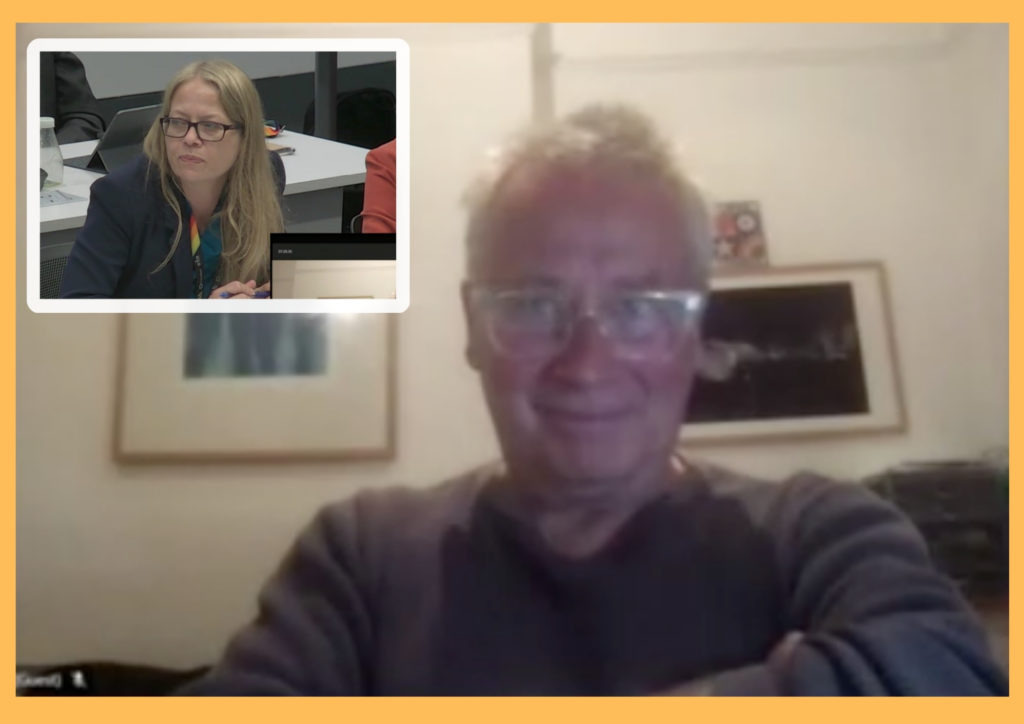 Peter Bishop, now chair of the Euston Design Review panel, was Camden Council’s own director of planning between 2001 and 2006.

It was his hand at the wheel then when the Town Hall faced the question of what to do with the King’s Cross railwaylands.

Whatever ended up being built there was going to be better than the unused hole in the ground which attracted drug dealers and kerb crawlers. Its transformation into a clean new area with dancing fountains, al fresco dining and the arrival of the biggest tech firms has been seen as “legacy” achievement for those who worked on negotiating the final plans. 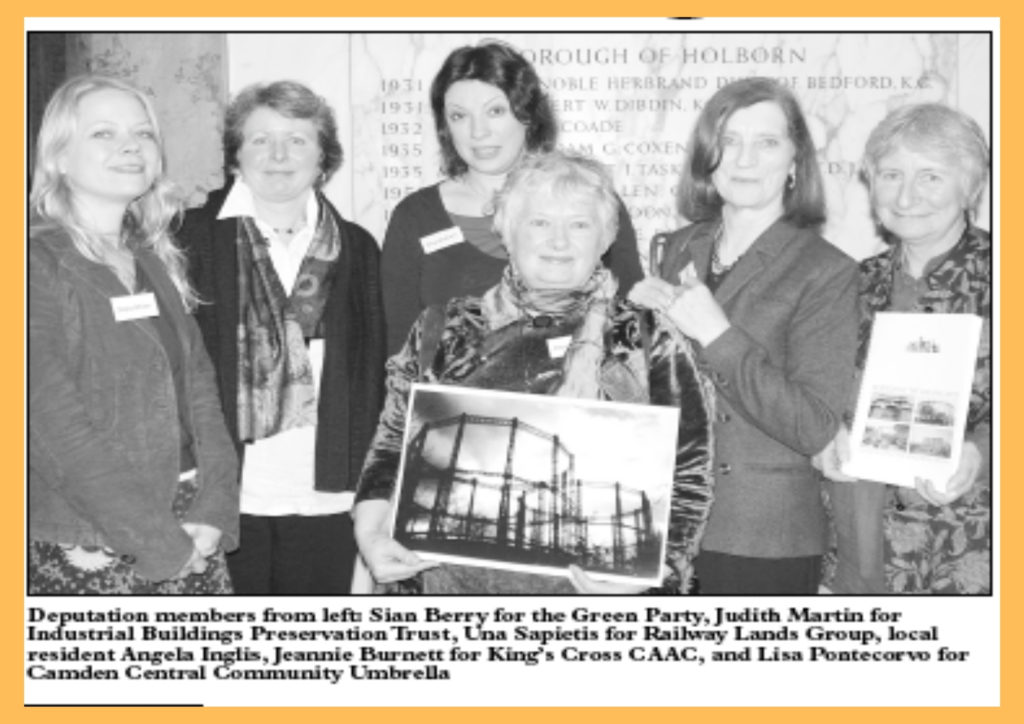 Mr Bishop once said there was “little significant opposition to the scheme”. Actually, the planning meeting had to be spread over two days there were so many deputees.

And on Monday, he had a chance to reacquaint with Sian Berry, who back in 2006 was at those sessions warning about a lack of affordable housing. Fifteen years later, now a councillor, Cllr Berry’s message about Euston is the same.

‘Pass the knowledge quarter test to move in’

WHAT do academic, scientific and tech institutions want in the new Euston? More of the same is the answer – as part of an expansion of the self-styled “Knowledge Quarter”.

Land in King’s Cross and Somers Town was given that label after the arrival of research centres such as the Francis Crick Institute – the superlab constructed behind the British Library.

In the discussion of what should be added to the wishlist for a redeveloped Euston, Jodie Eastwood, the chief executive of the Knowledge Quarter group, said: “Nowhere else do you have so many research institutes, universities and cultural institutes co-located so densely.  The Euston development presents a key growth opportunity for the Knowledge Quarter. 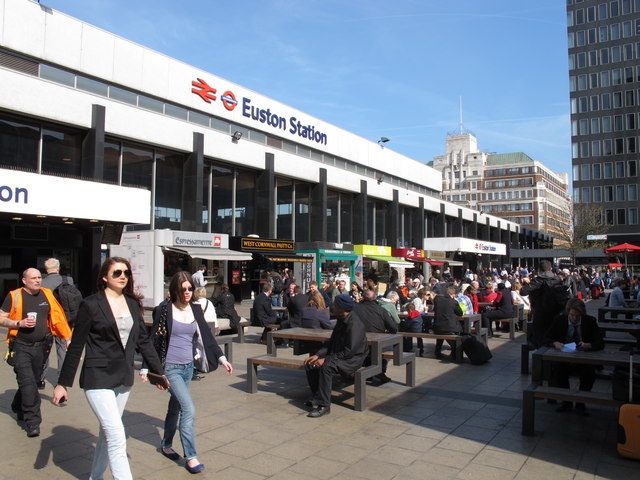 “We could go further and say that as much as possible organisations that move into the area should pass the Knowledge Quarter test, that is that they are involved in the creation and dissemination of knowledge.”

Ms Eastwood said that local residents must not feel detached from this and should be part of new opportunities.