Euros: What next for Gareth’s fairytale?

Harry Taylor reflects on a memorable night at Wembley, and wonders if the England boss can go all the way 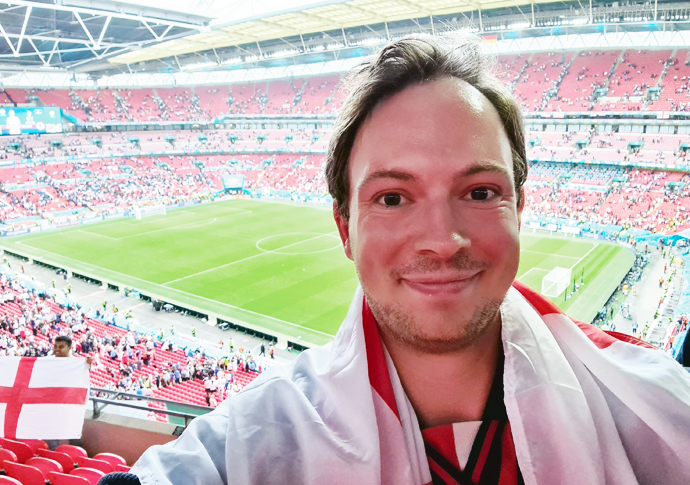 ENGLAND fans bore witness to the latest act in a fairytale on Tuesday night.

Once upon a time, a man, let’s call him Gareth Southgate, with the hopes of the nation on his shoulders, blew it against the old ­enemy. Hands behind his head, he walked away.

Years later he returned. Not so much the prodigal son, as the last reluctant roll of the dice.

When England went to penalties two years later against Colombia in the World Cup we knew how it would end. In disappointment. A player walking away, with their hands behind their head.

Three years on the next chapter began. Our hero had swapped his waistcoat for tactics, so England snuck past Croatia, Scotland and the Czech Republic. So far, so good. Then of course, we draw Germany. The old rival. The ghost of ’96 still haunted Southgate.

Then the game started, and we dominated. Assured rather than exciting. The trio of John Stones, Kyle Walker and Harry Maguire marshalling the German front line. Declan Rice and Kalvin Phillips comfortable.

It was nervy. You felt that Germany’s goal was coming. The counter-punch was drawn and ready, set to send you walking home bruised and dejected.

So when Raheem Sterling scored, it was typical. Of course we’ve scored, but we’re not going to win. This is just fate, putting the ­victory within your grasp, Gareth’s grasp, before ­tearing it away, cackling.

Then the pantomime ­villain was through. Thomas Muller, who has caused so much pain in the past. You wait for the net to bulge. But he misses. He actually screws the ball wide. But surely this is just fate, again, teasing you.

The nerves build, but somehow, 100 yards away, Harry Kane’s bundled the ball into the net. It’s all a trick, surely. They can’t actually win.

Then, for some ­inexplicable reason, at the end of the 94th minute, the referee blows his whistle. Gareth raises his arms above his head. It’s over. The redemption continues.

This story has two chapters left: Gareth and the Semi-final, and Gareth and the Trophy. For licence to turn the page, Ukraine stand in England’s way.