Deputy mayor visits one of Camden's oldest residents on her birthday 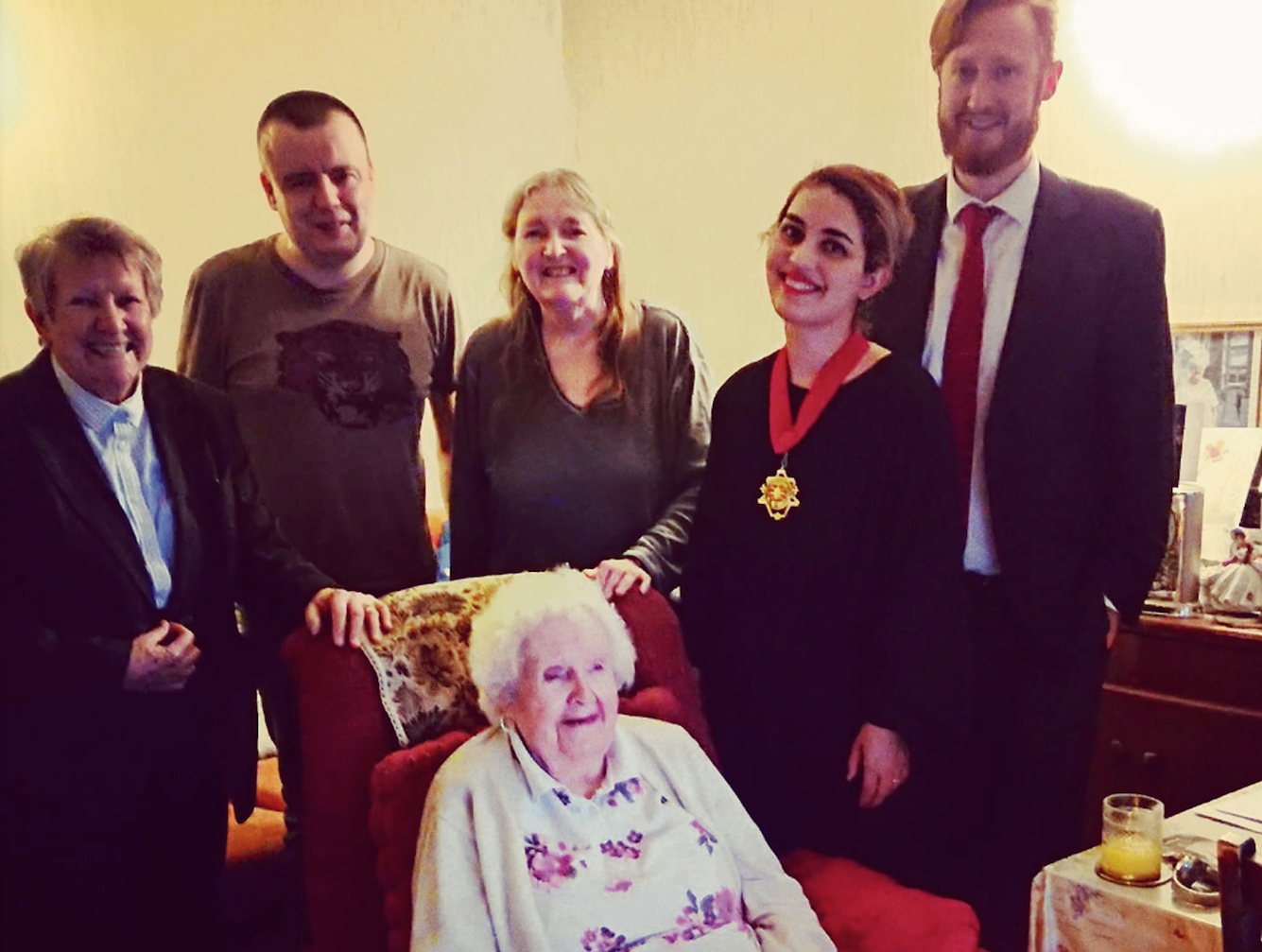 SHE was meant to be celebrating her birthday, but campaigning 104-year-old Ernestine La Salle wanted more than cards and gifts, writes Richard Osley. The Kilburn resident said she wanted the council to hear how she felt about changes to day care centres in Camden.

As she blew out the candles on Tuesday with a visit from deputy mayor Maryam Eslamdoust, Ms La Salle, one of the borough’s oldest residents, said the closure of the Raglan Centre, the Charlie Ratchford Centre and Netherwood Day Centre had done more harm than good. Vulnerable patients have all been moved to the new Kingsgate Centre in West Hampstead but she said staff and its users were under “immense” pressure.

“The policy was reckless and has resulted in a drastic cut in the number of staff which has ultimately endangered us service users,” she said. “This is not a criticism of staff, who are all working hard under the strain the council has imposed on them.” The closure of the Netherwood Centre, a purpose-built centre for sufferers of dementia, proved highly controversial, having twice been saved before.