Eric Gordon: Tributes to Camden’s great chronicler as founder and editor of CNJ dies at 89 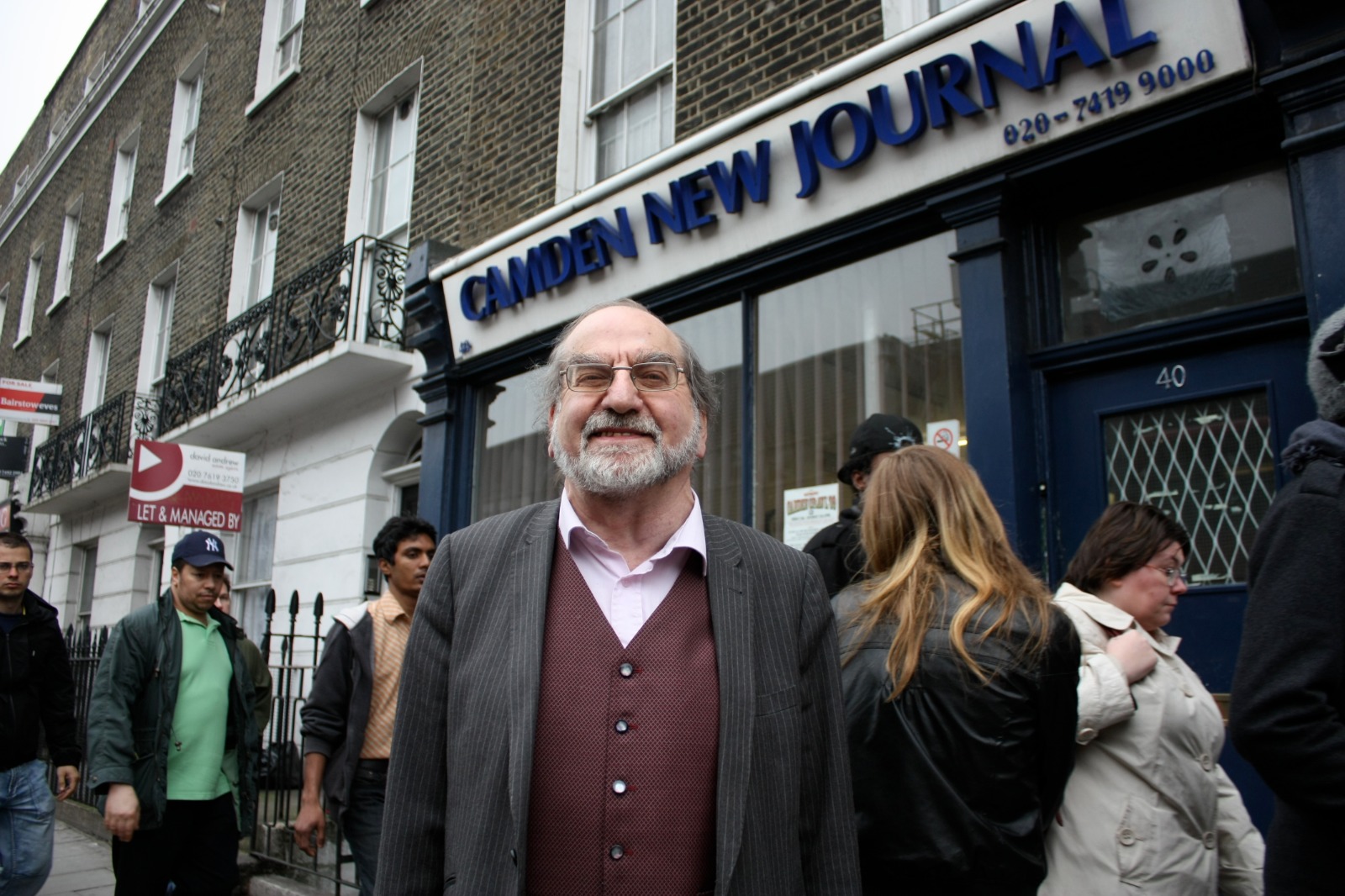 ERIC Gordon – the founding editor of the Camden New Journal – passed away on Monday after a short illness.

The 89-year-old had been our only editor since the newspaper’s formation in 1982.

His age may have made him the UK’s oldest editor still regularly at work – and still he rarely booked a holiday.

Last year, he celebrated the 2,000th issue of the paper with staff and the team won three more awards at the Regional Press Awards.

As editor of one of the last independent titles in the UK, he was proud of the newspaper’s freedom from large groups and championed a co-op style structure, warning that papers would struggle to survive if they had to answer to faraway group executives or distant shareholders seeking dividends each year.

But even before the creation of the CNJ and his relentless drive to keep on working into his 80s, Eric had lived a life like few others.

In 1967, he spent two years under house arrest in China with his first wife and son. He had been accused of being a spy by the Chinese authorities when he was found with notes about the Cultural Revolution while working in a commune.

He planned to write a book, but found himself being held for two years in a hotel room – a case which became an international incident and sparked much press interest back in the UK.

Right up to his final days, he was authoring his weekly column, One Week With John Gulliver, and had planned to document his recent experience in hospital. 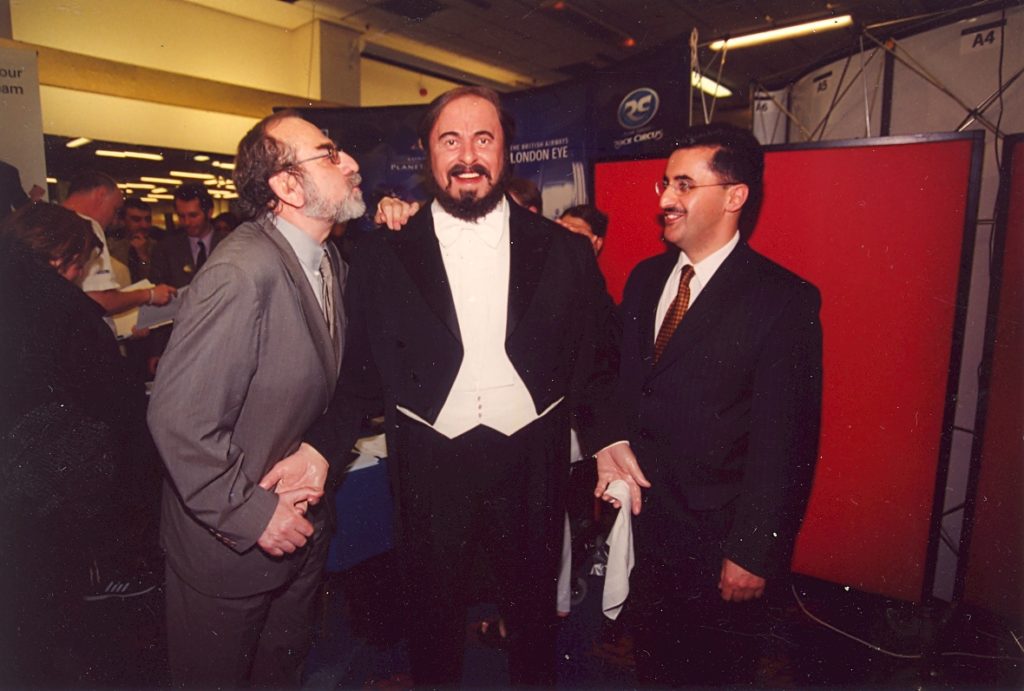 As editor of the CNJ, he never took no for an answer and set the paper up to scrutinise public authorities, as well as the big businesses looking to wield power in Camden.

He never lost his thirst for the task ahead and was still sending out orders for articles to be written last week. The towing away of his wife’s car in Queen’s Crescent left him enraged.

Then as news of his death filtered across Camden, we were deluged with tributes.

One that tugged on the emotions came from Adrian Bethan of the Better Archway Forum, who said of Eric’s death: “This is the first thing he has done to disappoint me – and no doubt so many other readers.”

Author Michael Rosen said: “He came from a background similar to my parents, so saying goodbye feels like I am saying goodbye to that world of 1930s, 1940s Jewish East End.”

Holborn and St Pancras MP Sir Keir Starmer, the Labour Party leader, said: “Eric will be greatly missed. Under his leadership, the CNJ has been an exceptional, community-focused, campaigning newspaper and widely regarded as one of the UK’s leading local papers.”

His predecessor as leader, Jeremy Corbyn, added: “To be an active fully engaged and iconic newspaper editor at 89 is an achievement itself. But Eric more than just achieved. He succeeded. The Camden New Journal was born in 1982. Eric became its editor and 40 years later the paper is one of the most respected in the country.”

Councillor Georgia Gould, the leader of Camden Council, so often the subject of challenging editorials, said: “In Eric Gordon, we have lost one of Camden’s huge figures. He created in the Camden New Journal, a truly great independent newspaper which has helped keep Camden a place with a strong radical, community spirit.”

It was a sentiment that was shared by those who had gone before her too. John Mills, the JML businessman who served as a Labour councillor in the 1990s and early 2000s, said: “The CNJ was always an important part of the civic structure of Camden and the involvement Eric had in local affairs ranged from council issues to sport, entertainment to the environment, business, book reviews and the arts – all the things the CNJ covers were because he was a man of very wide interests.”

He added: “The role of the CNJ in the borough is very important and reflected in the esteem it is held. It is under Eric’s inspiration this has happened and we will hugely miss him.”

The tributes came from across the political spectrum in Camden. Councillor Oliver Cooper, the leader of the Conservative opposition, said: “His iconoclastic probing, his investigative nose and his passion for mentoring new journalists shone through and made the whole borough better”, while Lib Dem leader Councillor Luisa Porritt added: “This is deeply sad news for Camden’s community. As a fiercely independent paper, the CNJ is a unique institution in our borough and Eric made that happen.”

As detailed in this week’s issue, the CNJ had been born out of a strike of journalists on the old Camden Journal, with staff and supporters making huge sacrifices to win through.

The idea was always that Camden needed a paper that was free for all, and that newspapers should concentrate on this core duty; and cover their costs rather than worrying about accruing dividends for outside shareholders.

Eric, who had worked on a series of newspapers across the country before landing on the Camden Journal, became the editor and remained in place throughout.

He assembled a team of long-serving colleagues which must be almost unique: several employees have more than 15 years’ service.

Don Ryan, the distribution manager since the 1980s, said: “Eric’s legacy, in addition to the New Journal itself, are the values and beliefs that always guided his editorship and management of the CNJ and its sister titles.

“These are anchored in the unshakable belief that a newspaper should belong to and serve its readers and that profit should never be the primary motivation.”

Slaney Devlin, one of the campaigners who fought the construction of a new skyscraper in Somers Town, said: “Our community has struggled to live with unprecedented levels of construction and change. Eric Gordon and the CNJ have shone a light on the goings on in this part of the world.” 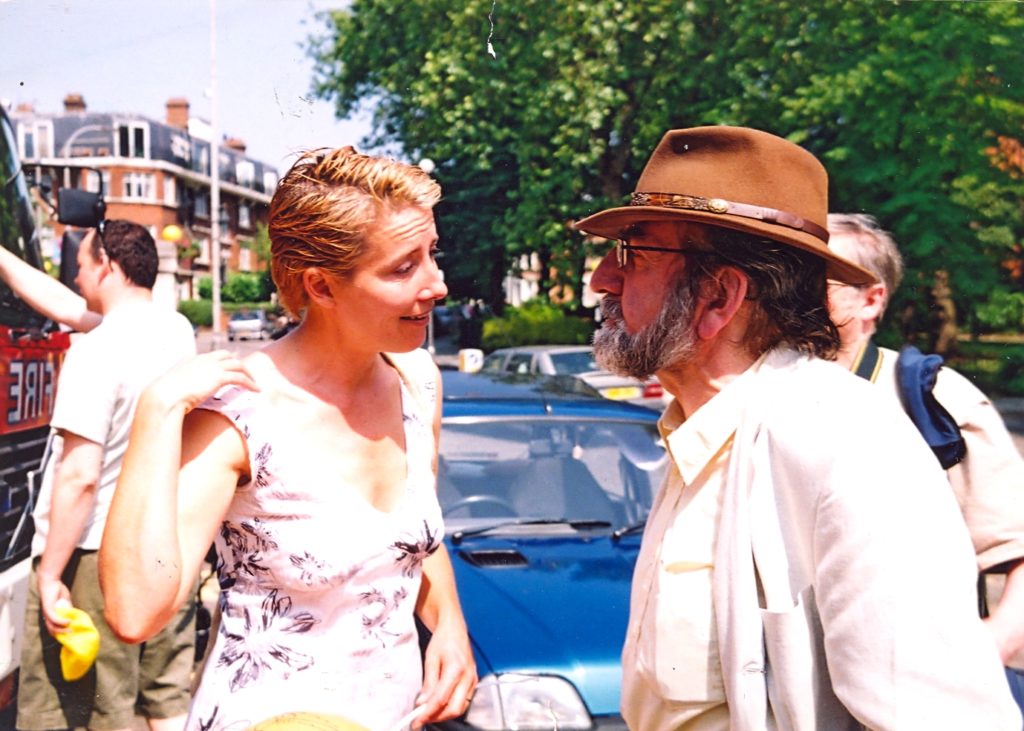 She added: “Talking to Eric was a dangerous joy. Age never dulled his ability to sniff out a good story and above all he never forgot to keep the local community at the heart of his journalism.”

Journalists whose careers had begun at the CNJ lined up to say how Eric had changed their lives, taught them how to do things differently from the norm.

A cast of reporters now work for national titles or broadcasters but the alumni look back fondly on their time at 40 Camden Road, the New Journal’s famously no-frills offices.

“He taught me about deadlines, local politics, community activism”, said John Wilson, a reporter on the paper at the end of the 1980s, now a presenter on Radio 4’s Front Row.

“He was terrifying and brilliant.” There was a list of successful newspaper campaigns and awards during Eric’s editorship – although he never personally put too much stock in the trophies, sometimes mischievously dismissing industry awards as prizes for doing their jobs. 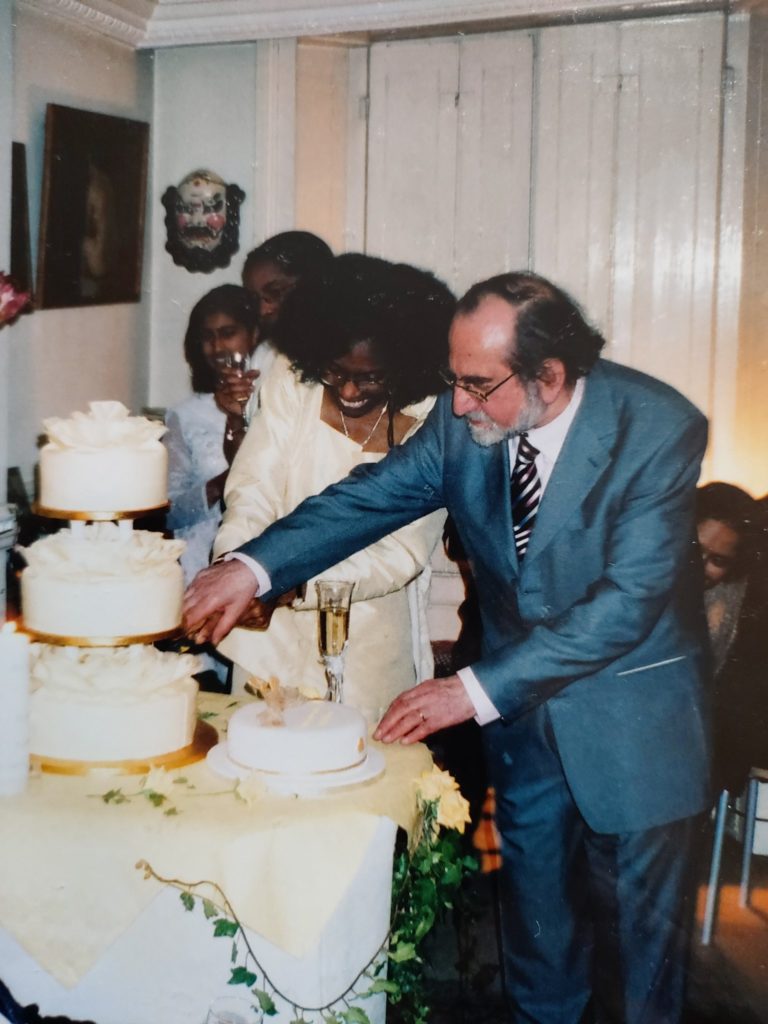 Samantha and Eric Gordon on their wedding day

He often said he’d rather not use the word “boss” in the paper; if anybody was the bosses, it was the readers – his evergreen mantra.

The laurels, however, helped boost the newspaper’s profile further, as did the regular lifting of stories by magpie journalists on national newspapers.

Two weeks ago, he had a fall outside his home in Primrose Hill and medical complications followed in hospital. He was not suffering from the coronavirus.

Eric leaves his wife Samantha, sons Kim and Leigh and daughter Elly, and six grandchildren. His funeral is due to take place later today (Thursday).