Eric Gordon: It’ll all be scribbled down somewhere

Get the man with the horse's life story! 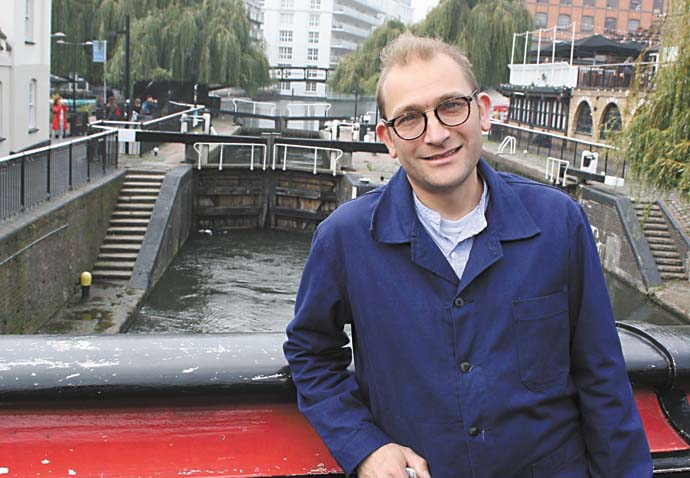 WATCHING Eric Gordon at work was a lesson in itself. He didn’t use a reporter’s notebook – they were too big to fit in his inside jacket pocket – but, instead, small blue or red pocket books.

With a brevity learned through decades on the job, he’d scribble the bare minimum in indecipherable shorthand or scrawl a phone number in sloping numerals.

These books would be invariably scattered about the place, depending on which desk he had decided to pile the day’s post upon and he’d harrumph quietly as he skimmed through various dog-eared pages, looking for a note he’d made, or the number you’d given him the day before.

His unique filing system was underpinned by the fact Eric was a hoarder.

If the internet ever breaks, have no fear – we’ll be able to find a copy of the 1987 Camden Council planning agenda we want to refer to tucked away in his office.

And his office was something a set designer making a newspaper drama could only begin to imagine, and reflects what made Eric such a brilliant editor.

The piles of books and pictures and notes and clutter illustrated his vast interests – and there was literally nothing on the earth that Eric would find boring, because if it mattered to one person, it meant there was a story to be gleaned from it, or a point to be made, or an aside to be shared.

About 15 years ago, on a warm Wednesday evening, we were gazing out into Camden Road from the newsroom waiting to put the paper to bed.

Amidst the traffic, a semi-naked man strode, leading a pony down the middle of the road. It was quite a sight – he was built like a wrestler and the nag was plodding along. I popped out with a camera.

The man said he’d been to the pub where he’d lost his shirt in a bet, but subsequently won a horse, and he was now walking it to his granddad’s home.

Trucks and buses were bearing down as I scribbled. We had little space left in the edition. It sounded to me like a curious picture caption of 80 words.

But by Friday, Eric had delivered a stern speech about the inadequacy of the man and horse story.

He insisted we should have found a way to discover, as the printers waited and the reporters wanted to head to Quinn’s for a pint, the man’s life story for a 600-word lead.

That it was near deadline meant nothing – the copy had to be done properly, an opportunity for curious newsprint should never be wasted.

He was right, of course.

News worked on a 24-hour basis, and so did our insomniac of an editor. Stepping back into the office will never be the same without him, but, as they said of Wren, “if you seek his monument, look around you.”

Our newspaper was and will continue to be a reflection of Eric’s thirst for knowledge, for truth, for justice and the care he took over what he published.