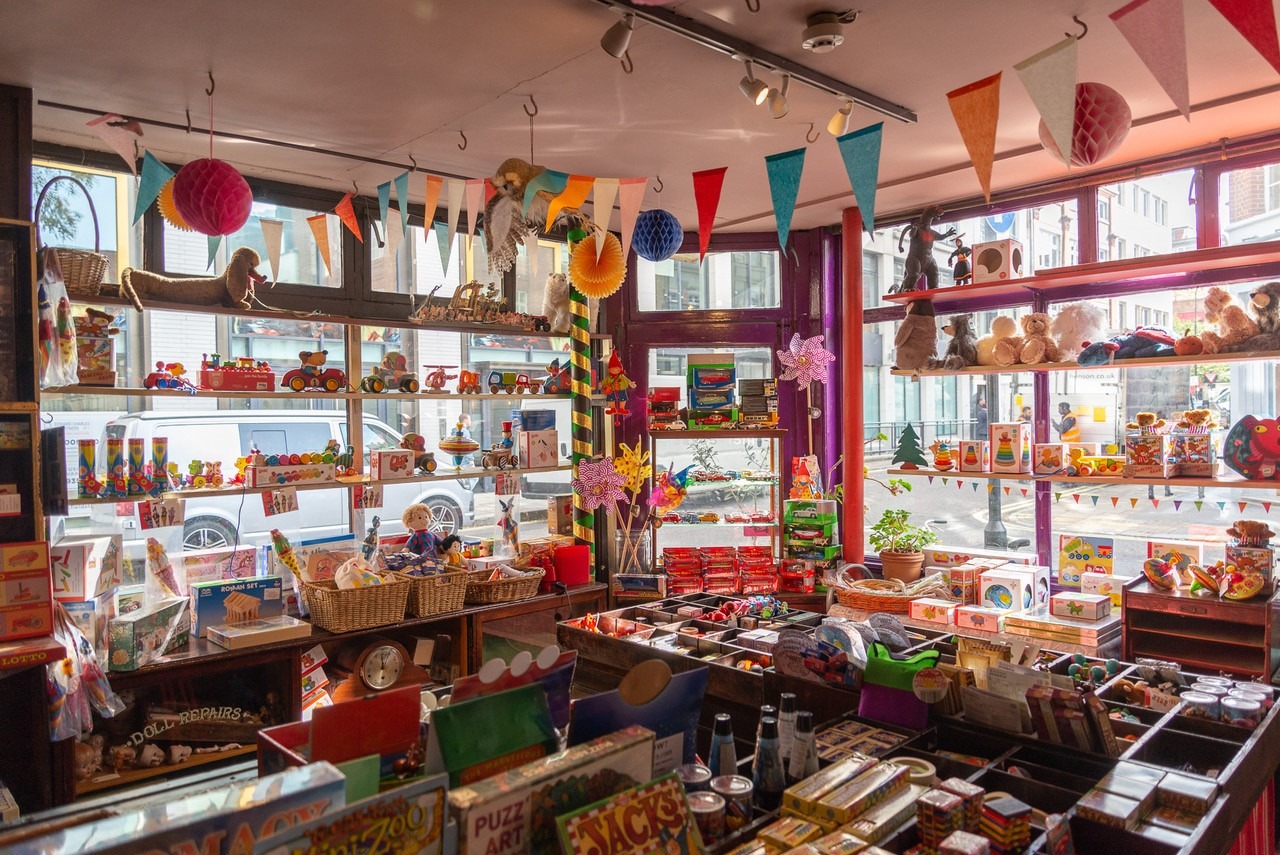 THE winding staircase and creaking rooms boast an array of whimsical and charming exhibits, including Eric – one of the oldest teddy bears in the world – and a 4,000-year-old clay mouse.

But Pollock’s Toy Museum in Fitzrovia – the oldest in the country – is now “at risk” of closure, according to the great grandson of the founder of the family-run business.

Jack Fawdry said: “If the museum was to close, London would lose something irreplaceable. The unique collection is a treasure trove of folk toys, dolls, puppets and playthings from around the world arranged in colourful and eccentric cases.”

He added: “Our collection of curiosities has inspired icons such as David Bowie, Robert Louis Stevenson, Sergei Diaghilev and Angelina Jolie.”

Special exhibits at the museum include the 115-year-old Eric and also a toy mouse from ancient Egypt, made of clay from the banks of the River Nile that is believed to be more than 4,000 years old.

The museum is named after Benjamin Pollock, the last of the toy theatre makers who had a shop and printers in Hoxton in the 1850s. Much of his stock in the museum was hand-printed, constructed and coloured by him. 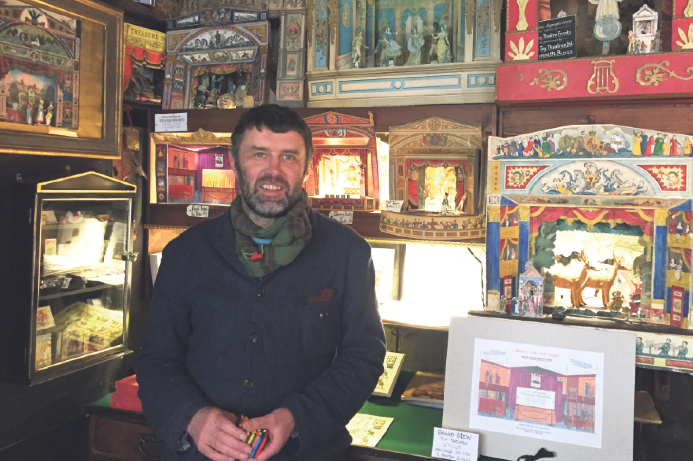 Eddie Fawdry, the great-grandson of the founder of the museum in Fitzrovia

The toy museum moved to its current location in 1956 and was founded by Marguerite Fawdry, who bought two adjacent houses on the corner of Whitfield Street.But it relies on visitors and money spent in the shop that has been closed because of the coronavirus lockdown.

Mr Fawdry said: “We think the museum is a rare treasure. There are not many museums as unique as ours. Actors and theatres often cite toy theatre as what sent them on their careers. Our biggest concern is keeping the museum open. We have been badly affected by the pandemic. We have been left struggling to pay the bills.”

An online crowdfunder, which has raised £16,000 in four days from a target of £25,000, is being supported by Clash bassist Paul Simonon, who has recently sent a message of support to the fundraising campaign.

“It has inspired so many of my music and art projects,” said Mr Simonon. “I’m still haunted by the museum – a real London gem that must be saved.”

Treasure Island writer Robert Louis Stevenson was a big fan of the original Pollock’s and is said to have said: “If you love art, folly or the bright eyes of children, speed to Pollock’s.”