THE Town Hall has been forced into a humiliating climb-down, with magistrates about to rule that it had wrongly blocked one of Camden Town’s music venues from increasing its capacity.

The Electric Ballroom in Camden High Street twice asked for permission to allow an extra 400 people through their doors for live gigs, taking the maximum number allowed inside to 1,500, only to be turned down by licensing councillors.

On Monday justices at Highbury Corner Magistrates’ Court were due to rule that the council had made the wrong call after the venue launched an appeal. Just before the hearing Camden changed its stance and approved the increase. The council will now have to pay for the “substantial” legal costs incurred by the Electric Ballroom.

Owner Kate Fuller told the New Journal escalating costs from higher business rates and a new night- time levy demanded by the council, meant she had no choice to press on with case. “It has gone on now for 13 months,” she said. “We were twice refused, but we knew we should keep going. We had the backing of many and no one, not residents for example, objected or showed up at the meeting to go against us.”

Safety experts had already cleared the proposed change as posing no danger.

The Ballroom is due to celebrate its 80th birthday in the coming months. Run by the same family since it was set up as an Irish music venue, it has played host to global superstars such as Prince, Sir Paul McCartney, U2, The Clash, The Rolling Stones and Madness. 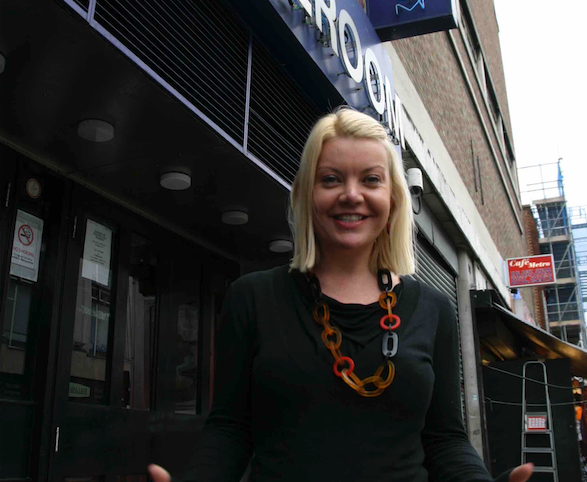 Ms Fuller said: “We felt that if we could legally accommodate 1,500 people we should be allowed to. We were also not asking for any extra hours or to have extra people in for club nights. We felt we were being fair and were not being greedy. And it was for live gigs only.”

The council is currently the hot favourite to win a gong from Mayor of London Sadiq Khan as the first “London Borough of Culture” in a new contest pitching local authorities against each other to win funding from City Hall. Ms Fuller said she felt the council should recognise the input by venues like the Ballroom.

“It is the centre of live music in London. A little more support from the Town Hall would be very welcome,” she said.

Chief executive Mark Davyd, from campaign group Music Venue Trust, said: “The original decision flies in the face of the work being done in Camden regarding the important part these venues play in the economy and our cultural life. It shows there is a lot of work to be done so local authorities understand the importance of venues and what they are there for. In London recently we have lost 60 live music venues. Can you imagine the uproar if 60 theatres closed over the same period?”

A Town Hall spokes­man said: “The Electric Ballroom is a much valued part of our vibrant and renowned night-time economy. We’re pleased to have agreed a mutually acceptable compromise with Electric Ballroom in which they agreed to reduce the hours permitted for live music to 10pm, which will mitigate the impact the increased number of people would otherwise put on the area, transport and emergency services later in the night, while allowing more people to enjoy live music in this iconic venue.”