The victim suffered a head injury during the assault 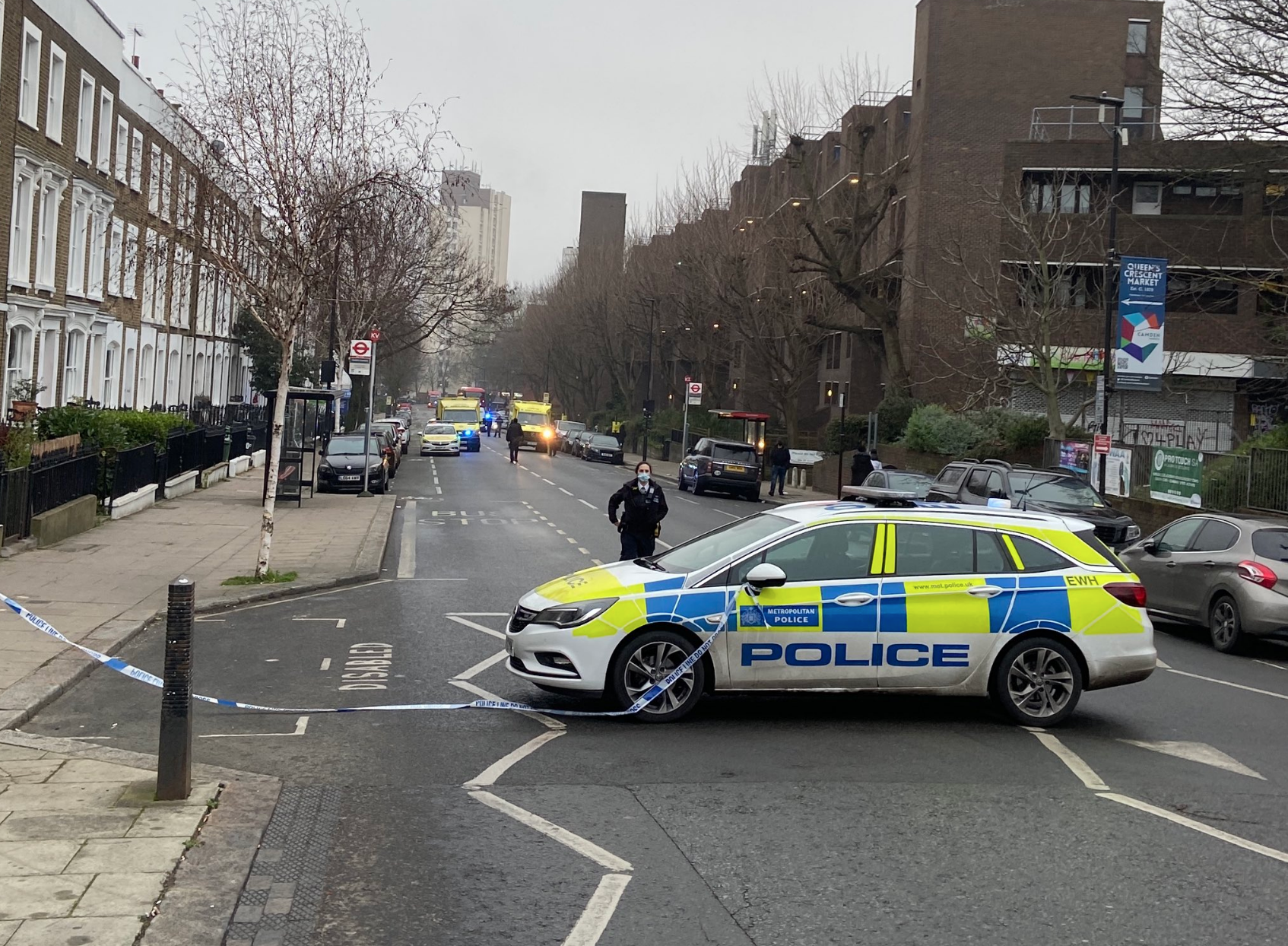 Police at the scene of the mugging on Malden Road (@scatakins)

A MAN in his 80s was brutally attacked and mugged as he walked down a road near Queen’s Crescent on New Year’s Day.

The victim, who has not been identified by police, was assaulted on Malden Road around 2pm and was rushed to hospital suffering from a head injury.

His condition was described as not life-threatening. He later told police that the thief had stolen money from him.

Emergency services rushed to the scene and police officers taped off the road from near Queen’s Crescent Market and down towards the junction with Rhyl Street to carry out enquiries.

The Met Police have now launched an investigation into the incident.

A spokesperson for the force said: “Enquiries are ongoing and no arrests have been made.”

Anyone with information that could help police is asked to call 101 or tweet @MetCC quoting reference 5444/01Jan. Alternatively, contact the independent charity Crimestoppers on 0800 555 111.