Eight years on, athletes get back on track 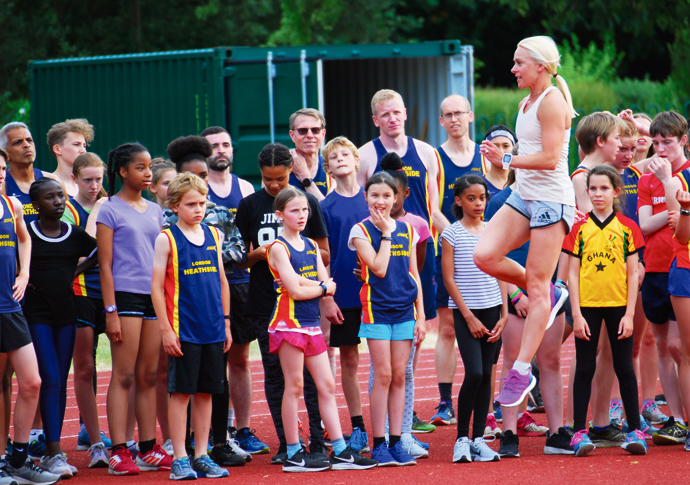 The high-quality outdoor athletics track and new field facilities have primarily been funded by a grant of £608,000 from The London Marathon Charitable Trust, and Fraser, who is their trustee, marked the event with an action-packed ribbon cutting.

The celebrations last month included a mass run around the track, and an athletics workshop hosted by Meadows, who still holds the UK 800 metres indoor record, and won two World Championship medals in 2009, taking bronze in both the 800m and 4 x 400m relay.

The track is used by hundreds of athletes from London Heathside Athletics Club, who helped form a charitable company, the Finsbury Park Sports Partnership (FPSP), to manage the track and facilities. 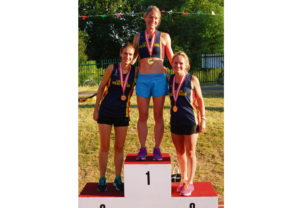 Heathside runners with their gold medals for the London Marathon, from left: Josie Hinton, Rebecca Bunting and Catrin Tyler

The opening follows eight years of struggle and dedication from a team of volunteers, who rallied together in 2010 when Haringey Council threatened to close the track.

London Heathside partnered with the London Blitz American football team, the Dynamic Sports Academy and Access to Sport to form FPSP and sign a 25-year lease with the council in 2013. But by then the track and facilities were no longer fit for purpose.

Funds for the refurbishment came mainly from The London Marathon Charitable Trust and also from Sport England. 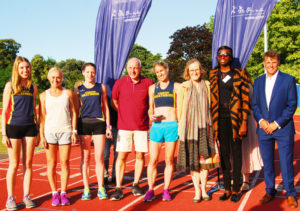 “The result is that Finsbury Park now has a running track that is not only attracting top-rate athletes but is also drawing hundreds of children and adults from all over north London.”

Fraser, who won 400m medals in the World, European and Common-wealth championships, and broke the 50-second barrier in a fourth-place finish in the Sydney Olympics in 2000, added: “This project is close to my heart and is another terrific example of the Trust supporting local communities in London and across the UK to get active.

“Everyone involved has worked really hard to create an inspiring place and welcoming atmosphere.”