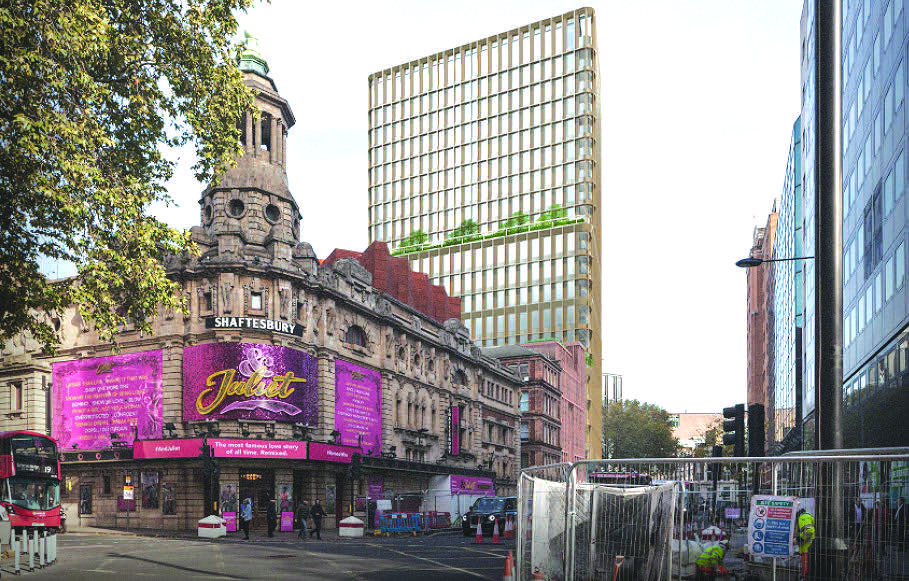 How the new tower will look

KNOCKING down a block and redeveloping it will produce so much carbon that it would take more than one million trees around 10 years to absorb it, according to a new report.

The Save Museum Street group has commissioned a survey of developer LabTech’s plans to demolish a hotel and car park in Bloomsbury and replace it with offices, homes and shops.

The report, by green surveying group Targeting Zero, lays bare how knocking down buildings instead of retro-fitting them has a massive environmental cost.

It measured the cost of demolition and rebuild and their findings show how granting permission could breach national policies and guidelines, adding: “The potential carbon cost of the new build proposal over a retrofit of the existing building is significant, avoidable, and unnecessary.”

Covent Garden Community Association member Jim Monahan said: “The simple fact is their proposals will be hugely damaging to the environment.

“Now we know it is completely untenable. Local authorities should insist on retro-fitting. Instead they are terrified of taking any action. This scheme must be stopped in its tracks as soon as possible.”

The plans, which have had more than 250 objections, are currently being considered by Town Hall planning officers.

“The strategy identifies the approaches and measures used to ensure demolition materials will be reused, repurposed, or recycled as far as possible and that materials are kept in a circular economy thereby reducing the embodied carbon impact of the demolition when compared to materials going to landfill.”

It added: “In addition, LabTech has opted voluntarily to adopt the London Energy Transformation Initiative’s (LETI) definition of net zero carbon for the Museum Street office building – the largest building on the proposed development.”