Eco 2022: How teen did the marking on school’s green grades 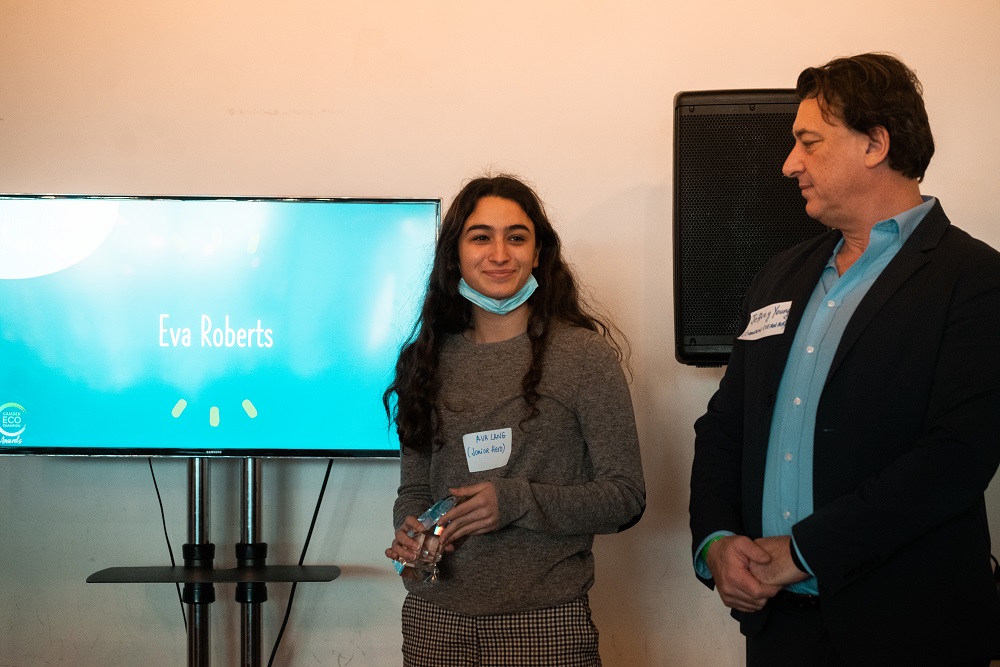 A PUPIL  has helped prompt her school to carry out a full review of its estates contracts after pushing for it to change to a renewable energy provider.

Ava Lang, who is in Year 13 at University College School Hampstead, won a Camden Eco Champion “junior heroes” award in December for her campaigning.

While a member of the school’s Green Impact society she researched and presented an alternative list of renewable energy providers. She was turned down by school managers over cost implications.

But the school in Frognal has since launched a “full review” which she is helping with.

The 17-year-old had become interested in the environment and climate change when a pupil at School 21 ­– a secondary in east London. There she helped rally students ahead of the school climate marches in 2019.

She said: “I’ve been part of the environmental movement for a while, I’ve attended lectures, I petitioned my school to let pupils legally leave the school for marches. When I came to UCS they had a proper society I could join where change was properly happening.

“We looked at energy consumption and looking around the school for other areas we can target.”

Miss Lang added: “There’s a point where it really hits you, and you realise the severity of it. I went to a talk which said about the little things you can do to change your lifestyle, and that was where it clicked that while it’s a massive issue that I’m not powerless in it.

“If something really bugs me I go for it, so it’s another thing like that.”

A personal interest for her is the intersectionality of climate change; where it will affect people differently based on their gender, age, ethnicity or class or combination of factors. The school is looking at other areas environ­mentally.

Younger years have been able to get a garden space and a pond built to encourage a broader biodiversity and animals on the site.

Miss Lang told the New Journal: “It’s disappointing that UCS didn’t change its energy provider but they were very open with us and encouraged us with the research. We had a teacher helping us was very involved and helped us as well.

“We’re thinking about other solutions, such as switch-off fortnight, that can raise awareness about energy consumption and how it can be reduced.”

She added: “People are more switched on now, there’s a much bigger concern across the board, but I’m aware I’m at a private school, and the awareness was different at my old school.”

As well as her award from Camden Clean Air, she worked with an Oxford University climate change communication workshop to produce a video where she read a letter written to her future self.

It gave an optimistic view of how the world had changed to tackle the climate emergency. In the middle of getting university offers, she hopes to study politics or other social sciences after leaving UCS at 18.

“There are times where I feel just optimistic and I’m like we can totally do this, and optimism has to drive you because if you’re pessimistic that’s what you radiate,” she said.

“We need to be realistic but we shouldn’t be clouded by thinking it’s not a really serious issue.”