Duck hatches from egg bought at Marks and Spencer

M&S said it is rare but possible 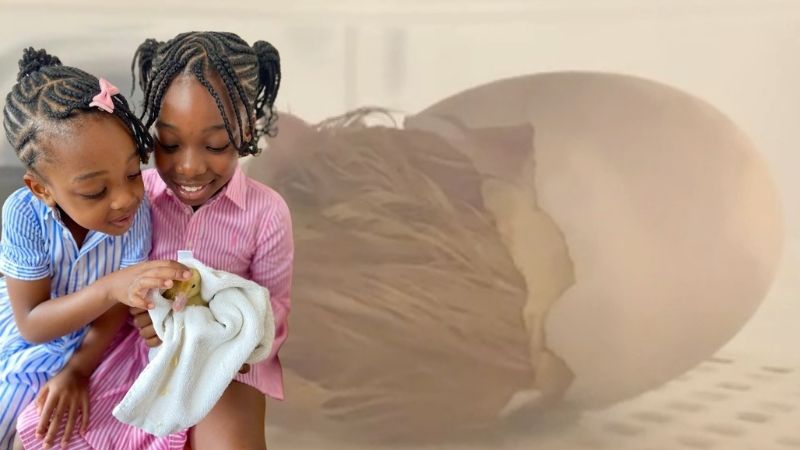 The girls’ film of the experiment

TWO sisters started quacking up after a duckling hatched out of a egg bought from a supermarket.

Nneka, 7, and Dirim, 3, had tried to incubate six duck eggs from the Kilburn branch of Marks and Spencer as part of the family’s “Science Wednesdays” – a weekly slot they devote to experimentation.

Their mother Mabel Baranta, who bought an incubator, said: “It was a magical crazy experience to see a duck coming out of the store egg. I haven’t been able to eat eggs since it happened. They have, but not me. Even breaking an egg now I’m scared, maybe a chick is going to fall out?”

Mrs Baranta said she was surprised the duckling did not “quack” like in the cartoons, adding: “It’s more like a bird: chirp, chirp, chirp.” 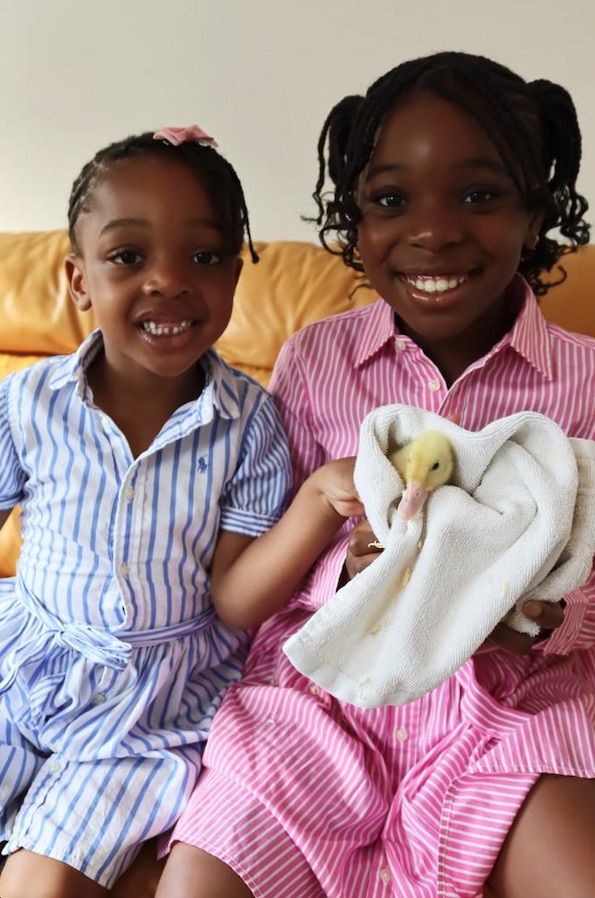 Nneka and Dirim with the duckling

The duckling is now due to move from their home in West Hampstead to Belmont Farm in Mill Hill on Sunday, where Mrs Baranta said she hoped “it can make friends”.

Mrs Baranta said her two girls had got the idea after watching a duckling being born out of the incubator at St Saviour’s Church in Eton Road, Chalk Farm.

“I thought this sounded all rather odd, so I asked my seven-year-old to do their research,” said Mrs Baranta.

“It is possible and we thought we could try it, but I wasn’t thinking it was going to work. You’d think it wouldn’t work because they have been exposed to the elements and all kinds of things. But the incubator heats the eggs at intervals, it rotates them.”

She added: “I was hoping at least one of the six would hatch. If not, it would be just like another one of my experiments at home – sometimes it doesn’t go so well.”

An M&S spokesman said the odds of hatching an M&S duckling were extremely slim, and it was impossible to tell if an egg had been fertilised without an incubator.

He added: “Our farmers work incredibly hard to ensure our free-range eggs aren’t fertilised, by separating the birds. However, on the very rare occasion it does happen. The eggs remain completely safe to eat unless they are incubated.”