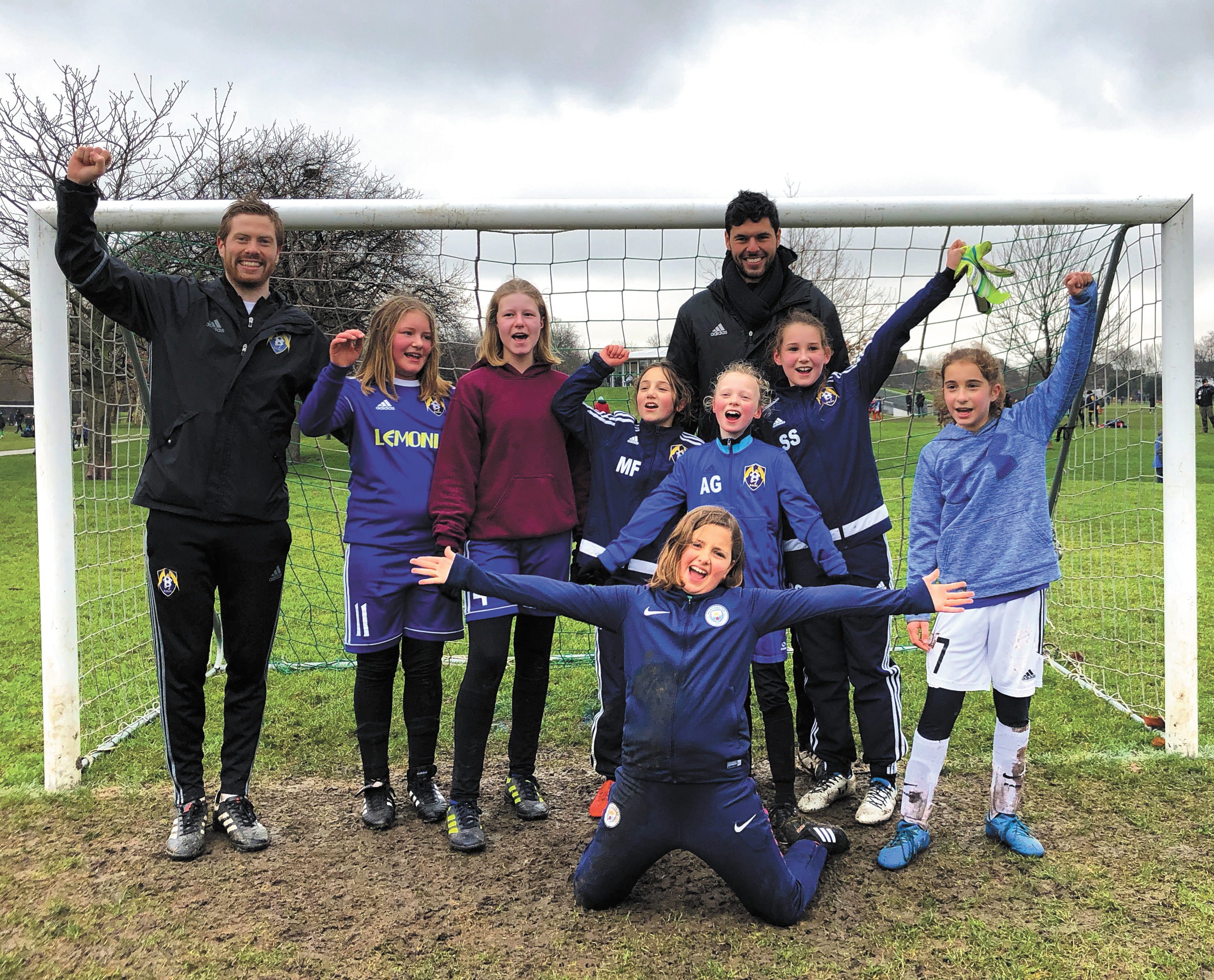 Daryl’s Dragons are hoping to recruit more girls to play youth football. Daryl Moore (left) has previously coached girls’ football in the US

THERE’S no doubting that the opportunities for girls to play football in the capital is on the rise.

The Camden and Islington Youth League has a successful division that is growing all the time and, earlier this year, the Camden and Regent’s Park Youth League joined the party by launching their new girls’ competition.

Now the head coach of youth football club Daryl’s Dragons has sent out a clarion call for new players to help fill the ever-increasing demand of fixtures.

Daryl Moore says that “over a third” of his players are female, and that he has been “at the forefront of grassroots girls’ football” ever since a brief stint coaching in America three years ago.

“The demand for girls’ football is growing more than ever in the UK, which is so fantastic to see,” he said.

“We should be embracing this movement and putting on more programmes and competitive games.

“I was thrilled to hear that the Camden and Regent’s Park Youth League opened a girls-only division.

“I started focusing on the girls’ side of the game three years ago when I had a brief coaching stint in Colorado. They treat girls’ football as seriously as the boys over there and this is something I wanted to replicate.

“We started with one or two girls and, over the years, that has now grown to an astonishing 50 players, which is a third of our entire club.

“We train at Regent’s Park every Sunday and play league games every two weeks.

“We’re always looking to grow our girls’ teams. Anyone interested in finding out more about the sessions we run should get in touch.”