Dolphin pub: ‘And we get to stare at a big blue hoarding for next year’

Bar gets covered in dust 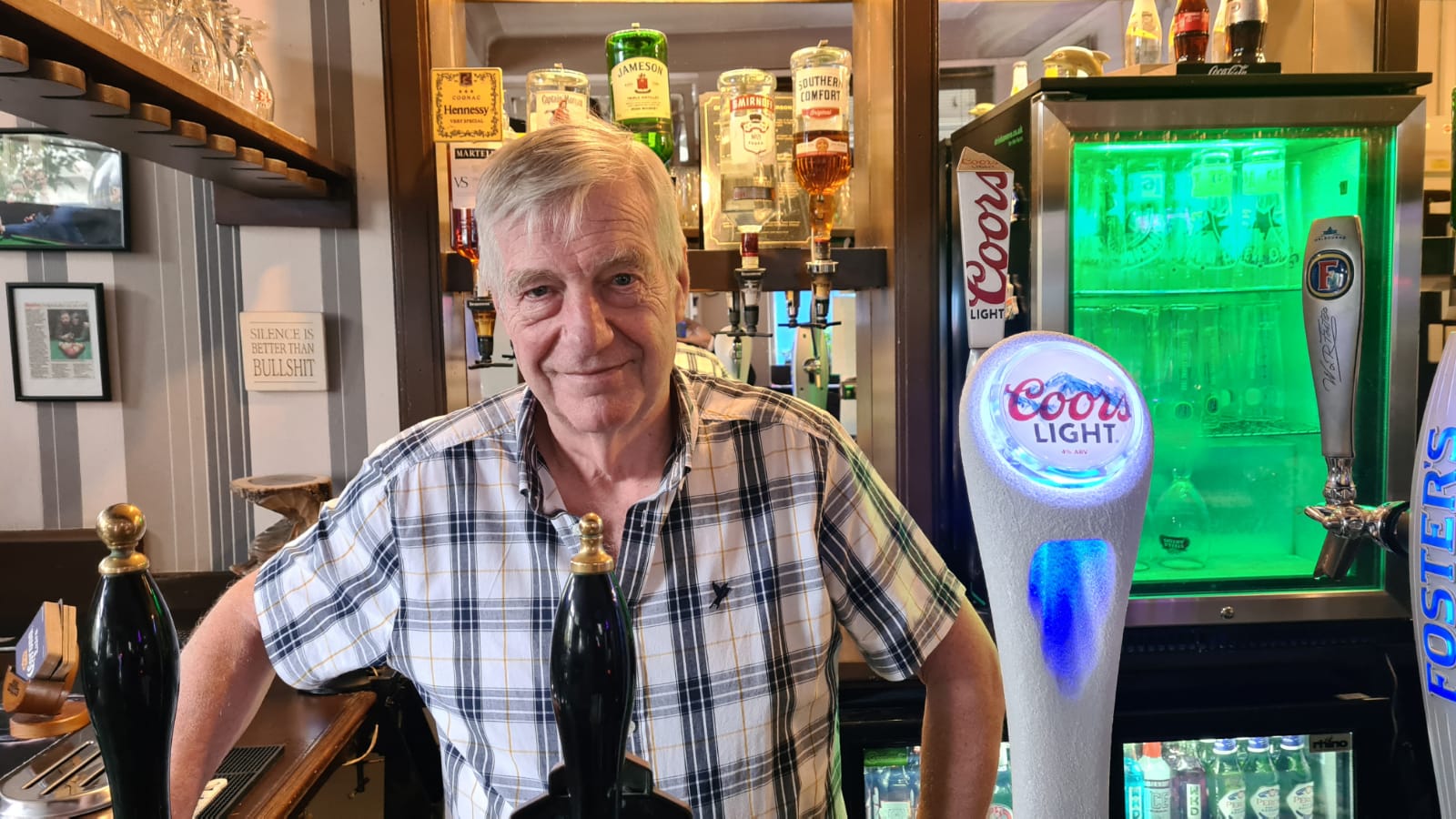 DULL hoardings around work on the Town Hall refurbishment have been jazzed up for a £250-a-night hotel next door, but a traditional King’s Cross pub has been left facing blue barriers.

The Dolphin in Tonbridge Street is opposite the building site, which has already had three years of work and is expected to go on until next year – about 12 months behind schedule.

As part of the redevelopment, new rentable business space will be built, and there will be a refurbishment of the council chamber. 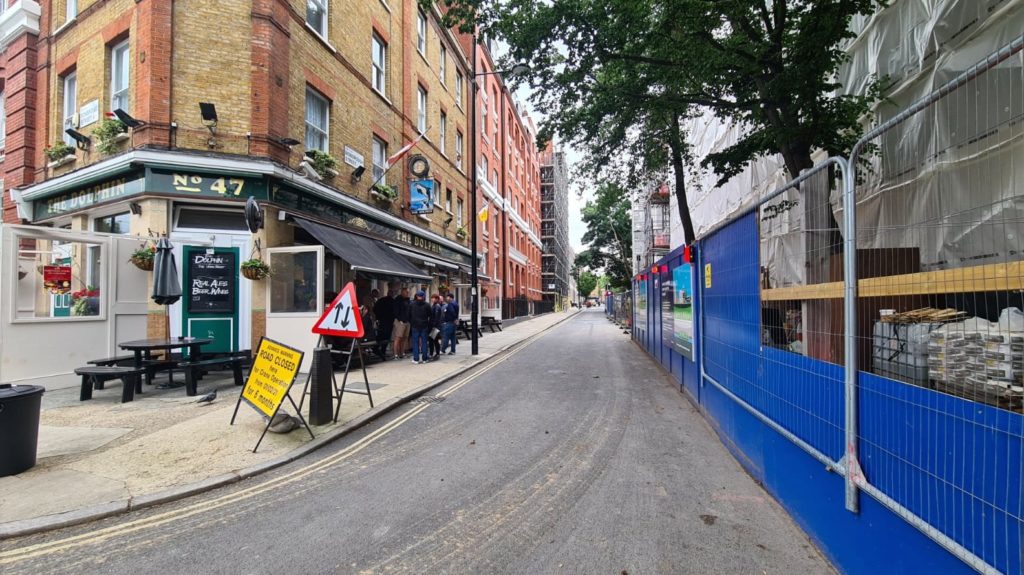 The view for The Dolphin pub as work goes on

The old Camden Centre is becoming a new venue for events run by private operators.

Dolphin landlord Michael Holden said the noise and dust has helped cut his lunch­time trade. He now only gets a handful of customers compared to the dozens he got before work began.

“I think they should come and talk to us,” he said. “If you were doing work to your house you would go and speak to your neighbour, wouldn’t you, and say ‘Is this all right? Is there anything we can do?’

“Instead we’ve heard nothing, they haven’t come to see how it’s affecting people, it’s disappointing. With the dust, you’re forever cleaning when it’s hot and sunny, as soon as you’ve finished you might as well start again.

“It’s not nice for people to sit out in.”

The barriers next to the Standard Hotel have been repainted with red and white stripes which flank a black, white and blue roundel. Customers at the Dolphin, however, look at the construction site barriers. 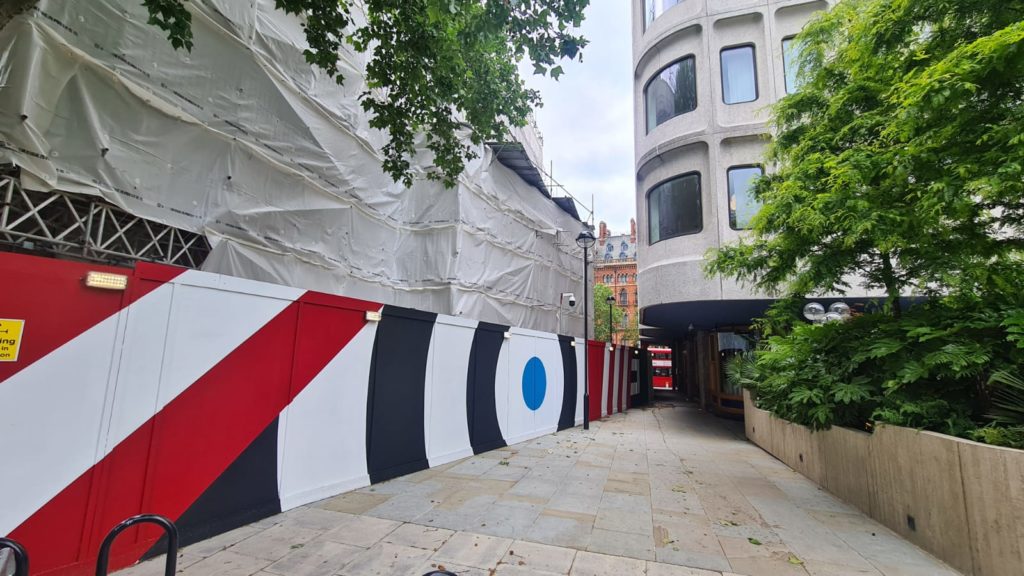 A spokesman for Lendlease said the hoardings were owned by the Standard Hotel and had redecorated them themselves.

He added that the firm had installed noise, dust and vibration monitors around the outside of the site to match council guidelines – and would be contacting Mr Holden to discuss his concerns.

He said: “We work closely with local businesses and residents to minimise the impact of construction work. Regular communications with details of planned work are sent to local residents and businesses, and they are also invited to meetings to provide the opportunity for them to raise any concerns, but we had not previously received any feedback from the Dolphin.”