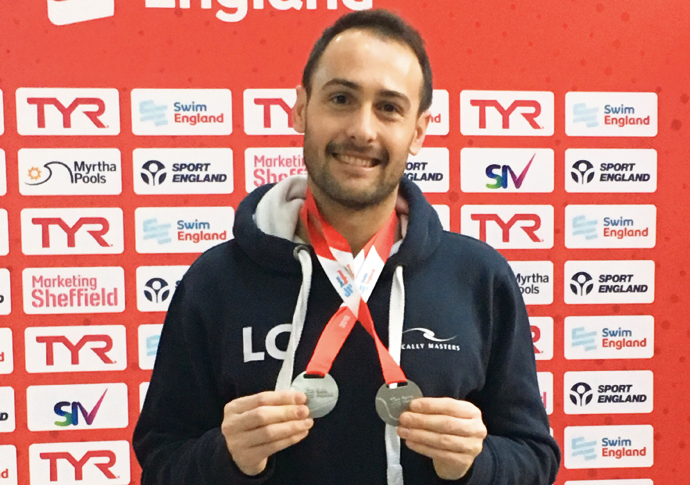 WHAT better way to relax from the stresses of being an on-call doctor than doing more than 100 laps of a swimming pool?

That seems to work wonders for Cally Masters swimmer Lorenzo Caciagli, who was in outstanding form at the National Masters Swimming Championships in Sheffield at the weekend.

Competing in the 30 to 34 years age group, Lorenzo began the three-day competition by winning a silver medal in the 1,500 metres freestyle – the longest event in the pool that brings with it a gruelling 60 lengths.

As if finishing second in that event – knocking three seconds off his personal best in the process – wasn’t energy-sapping enough, he then went on to scoop another silver in the 800m freestyle, this time completing a mere 32 lengths.

Lorenzo, who, along with being a doctor, is a clinical research fellow in neurology at University College London, wrapped up his weekend with just the 16 laps as he finished fourth in the 400m freestyle.

Reflecting on his double silver success, Lorenzo, who lives in Camden, said he was “delighted” with his achievement, particularly as he has been struggling with an elbow injury over the past couple of months.

He added that tackling such tough swimming challenges in the pool was “the perfect way to relax and recharge his batteries”.