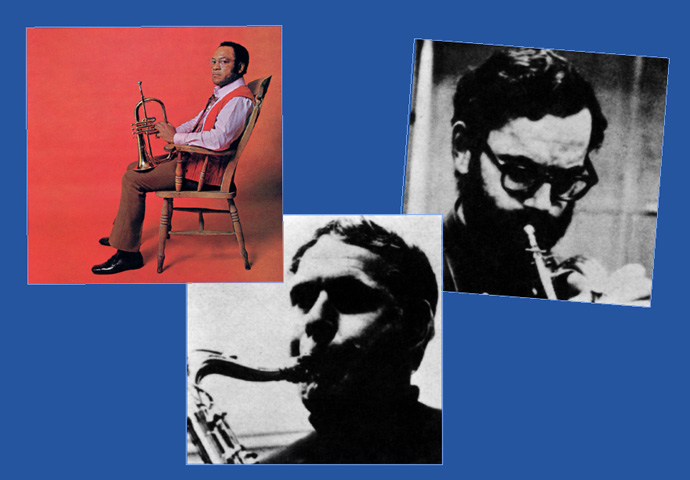 An appreciation of what has gone before, both of the music and the players involved, is a vital part of jazz. Every current saxophonist will have, at some stage, had to negotiate the hurdle that is the fiendish “Coltrane changes” found in the master’s Giant Steps.

Pianists will explore the lyricism of Bill Evans and the otherness of Thelonious Monk. Bass players worship at the altar of Scott LaFaro, Jaco Pastorius and Ron Carter. Trumpet players always find their way – via Lee Morgan, Clifford Brown and Dizzy – back to Louis Armstrong, a continuing surprise to those who only knew Satchmo as an entertainer rather than a lynchpin of modern jazz.

This desire to understand the roadmap of how we got here from there is driving a re-examination of British jazz from the Sixties and Seventies, that time when it moved from an imitation of the American form to something distinctly homegrown.

It helps, of course, that jazz is a hip music once again, for the first time since Courtney Pine, Steve Williamson, Gary Crosby, Cleveland Watkiss and other Jazz Warriors shook up the then somewhat sclerotic scene in the latter half of the 1980s. (Incidentally, I first saw Courtney powering through his blistering version of Giant Steps at the Brixton Academy.)

The current interest in all things jazzy has meant labels like Decca are digging back into their archives and uncovering the fine legacy they have from the days when they supported the music on a regular basis, until it lost it commercial potential and went into a late-70s wilderness that lasted for a decade. 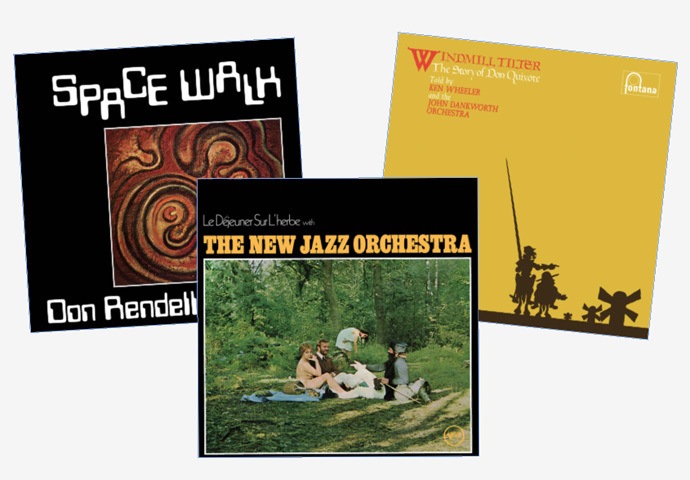 The initial tranche includes uniquely expressive trumpeter Ken(ny) Wheeler and the John Dankworth Orchestra’s Windmill Tilter, a suite inspired by Don Quixote; Don Rendell’s excellent vibe-rich Space Walk, with its very 1970s typography, and The New Jazz Orchestra’s Le Dejeuner Sur l’Herbe, which features just about everyone who was anyone including members or future members of bands such as Nucleus, Colosseum and Cream. 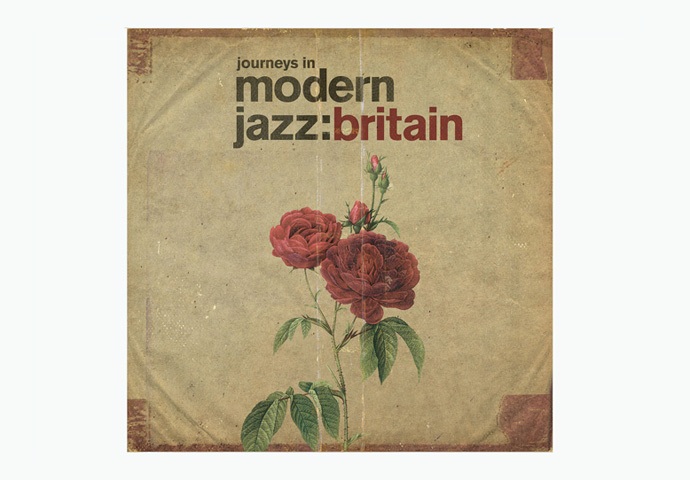 Out this month is a taster compilation, Journeys in Modern Jazz: Britain, which includes selections from the above and much more, as well an illuminating essay by Tony Higgins, which deftly knits together the various strands that made up the jazz scene from the Fifties onwards into a coherent whole.

The music on this compendium is, on the face of it, very diverse, from pastoral big band to fuzzy jazz-rock, hard bop to post-bop, and all points in between. But there is also a satisfying cohesiveness to it – perhaps because the same top drawer players and producers often turn up in different settings – and the standard of performance and composition means that every cut justifies its place on the double-LP.

Incidentally, it’s not the first time that this era of music has been re-evaluated. Gilles Peterson’s two Impressed records of a few years back did a good job of introducing new listeners to the likes of Mumbai-born (to Goan parents) guitarist Amancia D’Silva and his fabulous track Jaipur, to Harold McNair’s funky flute-driven The Hipster and to many of the names mentioned above.

D’Silva, incidentally, recorded with Jamaican-born Joe Harriott, a free improvisation pioneer in this country, and the much-loved Barbadian trumpeter Harry Beckett. The pair are key figures in the history of jazz on this side of the Atlantic, because, along with Kingston-born Harold McNair and South African exiles such as Dudu Pukwana, Mongezi Feza and Louis Moholo-Moholo, they helped give British jazz a singular identity, drawing on Black experiences and musical backgrounds that were very different from the ones that informed much of the American music.

Another label that is involved in some spectacular musical archaeology is Jazz in Britain, a not-for-profit organisation that is intent on preserving and releasing unknown or little-heard artefacts from the Sixties and Seventies. It draws upon the private tapes of key musicians such as drummers Jon Hiseman and Spike Wells, composer and arranger Neil Ardley, bassist Ron Matthewson and guitarist Ray Russell, the vast majority of which were recorded in London clubs, concert halls and studios. The sound quality of the albums, ably produced by Matt Parker, is always far superior than that “lost tapes” tag suggests. None of these sound like the bootlegs of old.

There are JiB LPs by Ian Carr, Mike Gibbs, Tubby Hayes, Joe Harriott and Neil Ardley that I wouldn’t hesitate to recommend, but I’d like to mention just one for now. Forget to Remember is a live set by guitarist Ray Russell, who was born in Islington. I remember seeing Russell a lot back in the day and never knowing what I was going to get from song to song. He could do straight-ahead single-line melodic runs, epic jazz-rock noodling, intense chordal explorations and totally free tune-what-tune? group improvisation. Yet this is also the man who wrote the theme for Bergerac and has played with Phil Collins, George Harrison and Lulu. And he’s on Bowie’s Space Oddity. He should be a national treasure – or at least better known.

Anyway, the Jazz in Britain release, which is taken from a BBC radio programme called Jazz Workshop broadcast in 1970, shows Russell in fine form, innovative and fiery, playing his own compositions and switch-backing effortlessly between jazz and rock voicings with “free” excursions (he goes “out” and sometimes “out-out” but always finds his way home).

Also outstanding is trumpeter Harry Beckett who opens the soloing on this session, another player who was comfortable in a wide variety of settings, but who always managed to be involving and uplifting whatever the context. Both men also appear on Beckett’s recommended Joy Unlimited (Cadillac Records), which has recently been re-released and really lives up to its title.

There is one other musician I’d like to flag from Russell’s album. For a couple of decades Tony Roberts was a fixture on the London jazz scene, live and in the studio. Yet he is thinly represented on disc, although he was a key player on the storied bassist Danny Thompson’s Whatever and Whatever Next and several albums from Danny’s fellow Pentangler John Renbourn. However, he can be heard on the first track of the Decca compilation, playing with Wheeler/Dankworth and on Jazz in Britain releases by Ian Carr and Mike Gibbs and, most effectively, on Russell’s album.

In the sleeve notes to Forget to Remember, Richard Williams – a man I defer to in all things jazz, Formula 1 and cycling and whose blog The Blue Moment is essential reading – describes him as “one of the most under-appreciated figures in British modern jazz … a Coltrane-influenced player of great presence and character”. Like Beckett and Russell, he is at the top of his game on Forget to Remember.

Unlike too many of his generation, Tony is still playing, although mostly close to his Dorset home. I know this because his grandson lives next door to me in Kentish Town. Small world.