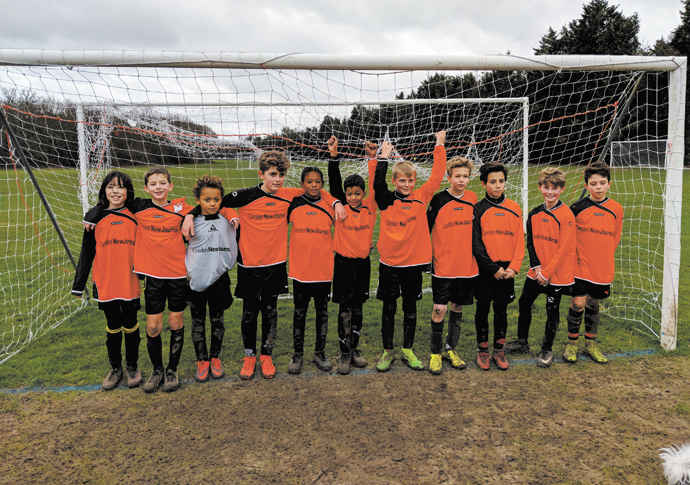 CAMDEN District manager Carlo Brandelli praised the “respect and attitude” that his footballers showed on Saturday when they represented their borough in the Lester Finch Trophy.

A clinical finish from Ruairidh McIntyre saw the Under-11s side record a narrow win away against Wandsworth in their opening game of the competition.

With Cyrus Railton and Plator Berisha putting in a rock-solid display at the back, Camden only needed the one goal to secure the victory.

“Well done to the whole squad for a great win,” said Carlo, who runs the team alongside Mark Jones.

“What pleased us the most, aside from some wonderful team play, was the attitude and conduct of the players.

“Discipline, respect and focus is key to all great teams. Playing for your district means that the boys represent the borough, on and off the field.

“Behaviour and a positive attitude is sacrosanct, we expect every one to set a good example – and that’s what they did.”

Meanwhile Camden and Islington’s Under-13s District team continued their unbeaten start to their Compton Cup campaign on Saturday with a resounding 5-0 victory over Hounslow.

Elvis netted his second of the game on the stroke of half time when he added the finishing touches to a wonderful team goal that involved no fewer than 20 passes.

In the second half, Teddy Shield picked out Sid Shirley in the box who smashed home a fourth, while Elohim Mekenei rounded off a perfect afternoon by scoring his first ever goal for the District, beating three defenders before curling the ball into the top corner from the edge of the box.

The result leaves them top of their group with three wins and a draw from four games.

Manager Marc Stocking said afterwards: “The team started slowly but once they found their rhythm they played some outstanding football.

“Some of our passing and build-up play was a joy to watch. Now bring on our next game!”

Anything that Camden and Islington’s Under-13s can do, the Under-12s, can do better.

A scintillating second-half goal blitz saw the triumphant team run out comfortable 6-0 winners against Hounslow in the Watkin Cup.

The win leaves them top of their group having won four of their five matches so far.