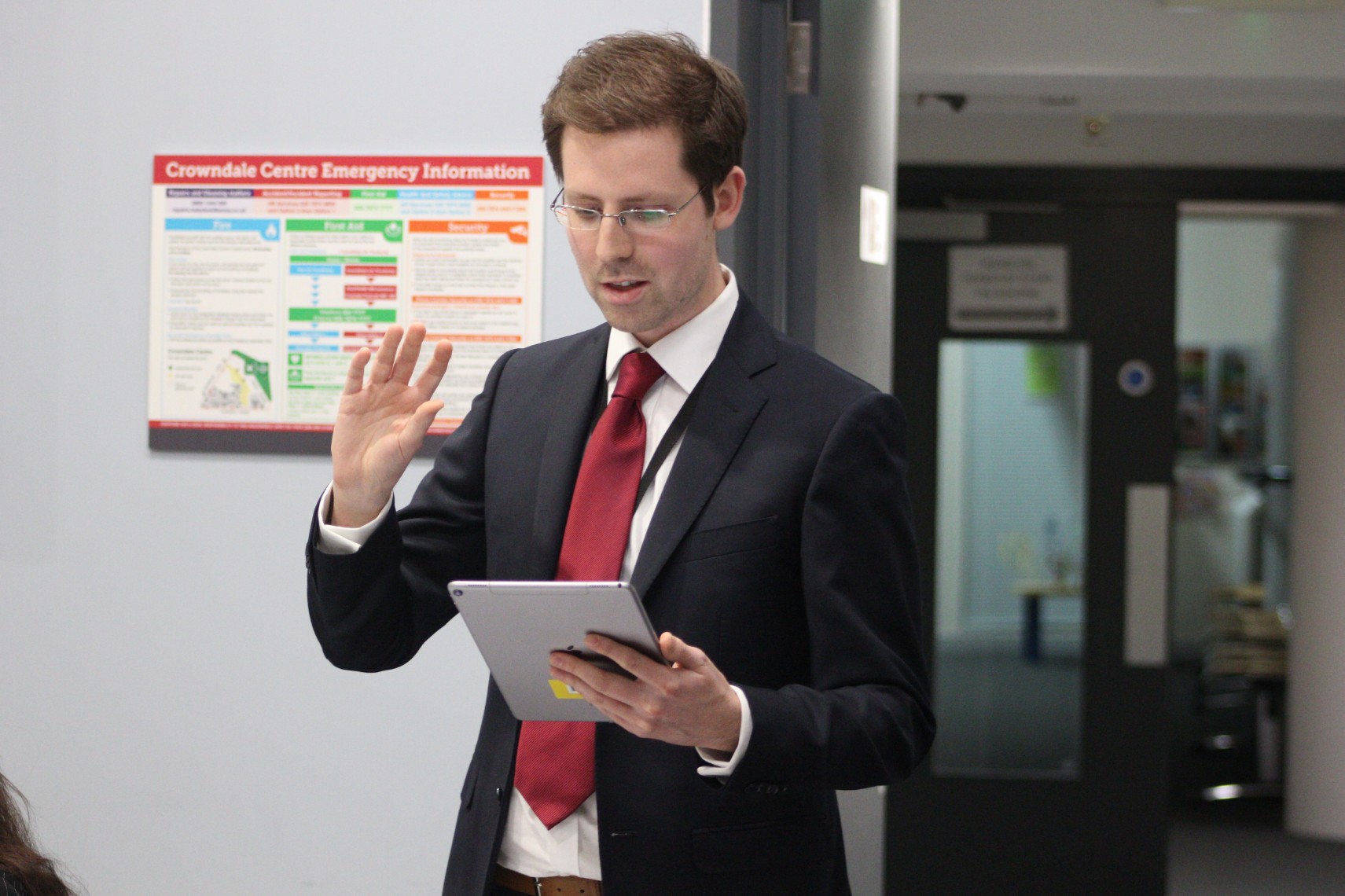 Councillor Leo Cassarani, who has been blocked from re-standing for Labour

A LABOUR councillor who asked for more scrutiny on a vital land deal has been told he is unwanted as a candidate for next May’s Town Hall elections – the latest call in a record round of deselections by the party.

Leo Cassarani, who has represented Swiss Cottage since 2018, was informed that an internal appeal has been rejected and he will not be put through to stand again.

As many as six serving Labour councillors – an unprecedented number – have now been axed in what has been characterised by critics as a “purge of the left”.

The number would almost certainly have reached double figures if others had not voluntarily decided to step down.

Last week, the New Journal revealed that Paul Tomlinson, a Labour backbencher in Somers Town who had spoken out against a tower of luxury flats being built on a rare bit of green space, has been stopped from standing again and told he had failed the party by defying the whip.

Cllr Cassarani was one of only three Labour candidates who made gains at the last boroughwide elections, when the ward campaign ousted the Conservatives in Swiss Cottage for the first time in 20 years.

He has since fought takeaway giants Deliveroo over its “dark kitchen” operation next to a council estate, raised concerns about plans for a new tower of expensive apartments in Avenue Road and assisted victims of this summer’s flash flooding – in doing the latter, he also questioned whether water supply should be brought under public control rather than run by private companies.

But he has been told that it is his willingness to support a “call-in” on council plans to redevelop prime land in Camley Street, King’s Cross, which led to him being blocked. 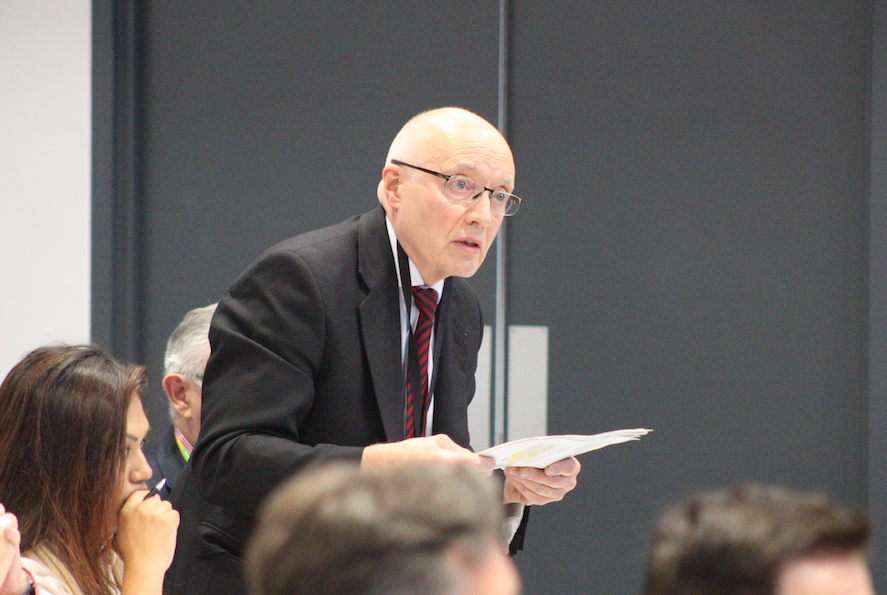 The request for a second look meant the scheme was delayed, and later adjusted with council chiefs more recently welcoming a new neighbourhood plan for the area.

He added: “It seems that the people running the process are intolerant of anyone even remotely critical or who might have second thoughts about a decision or policy. For me, it has to be legitimate for us to speak up for the constituents we represent. In Camley Street, the further scrutiny led to the plans being tweaked for the better as a result.”

Labour’s campaign in Swiss Cottage at the last election was said to have recorded one of the highest number of door-to-door contacts as the candidates went on to score their historic victory.

“They are happy for you to pour in the blood, sweat and tears in a campaign,” said Cllr Cassarani.

“They want you to make a million contacts with residents and community groups, but then for you not to ask any probing questions when you get elected as a councillor.

“I thought that was the idea of scrutiny committees, but all they want is yes-men and women congratulating them. I don’t think that is healthy.”

As Camden’s political history shows, Labour go into next May’s elections as hot favourites to retain the council, with some even forecasting a complete wipeout of the opposition, similar to the party’s dominance in neighbouring Islington – which rivals crudely label “the North Korea of north London” due to the single-party stranglehold.

Meanwhile, the New Journal reported last week how internal queries over whether performance reports compiled by the Labour group’s former chief whip, Lazzaro Pietragnoli, had been batted away.

Mr Pietragnoli, who was in charge of discipline, resigned from the council last month after admitting running a secret Twitter account in which he “abused” fellow councillors with online insults while posing as a mother living in social housing.

He has since apologised and Labour says his work on the candidate reports has been audited without the discovery of bias. 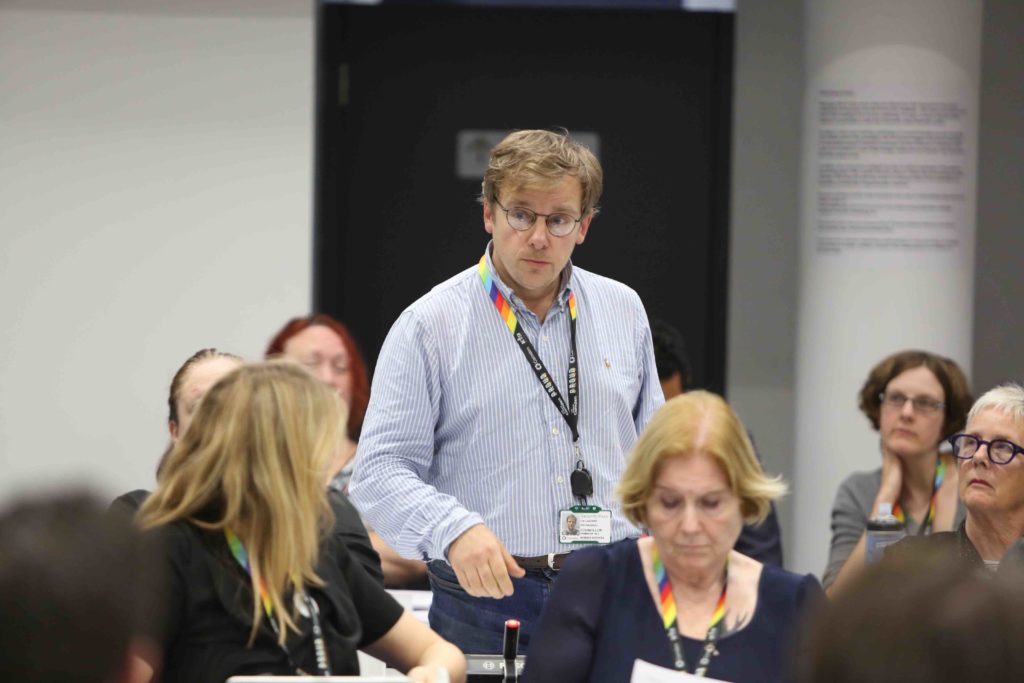 Lazzaro Pietragnoli resigned as chief whip and as a councillor

The deselections leave intrigue, however, over how the party will function at sessions like the full council meetings, with the rejected Labour councillors asked to carry on as normal and line up behind leader Georgia Gould, even though they have been told they are not wanted as repeat election candidates.

Mike Katz, who was himself deselected as a Labour councillor by ward members in Kilburn in 2014, is now chairing the process as the head of Labour’s Local Campaign Forum.

Its task is to produce a slate of approved candidates. Final decisions will be taken in three wards before Christmas, including Fortune Green next week.

“Our job is to bring together a diverse panel of candidates who meet the high standards that both we and voters expect of elected councillors,” Mr Katz said in response to questions about the deselections.

“We have followed a process set down in the Labour Party Rule Book to do this, which includes an interview chaired by an experienced member from outside Camden.
“Anyone who doesn’t pass this interview has the right to appeal, which is heard by elected members of the London Labour Executive.”

Mr Katz added: “In short, if appeals haven’t been upheld it’s on the basis of strong evidence.

“This could be failure to abide by collective responsibility, letting down their constituents or struggling to carry out the role. No one should automatically expect to be a councillor if they don’t meet our requirements. We owe it to Camden residents to pick people who are passionate about representing them – it’s letting down the party and the public to give people a free pass.”