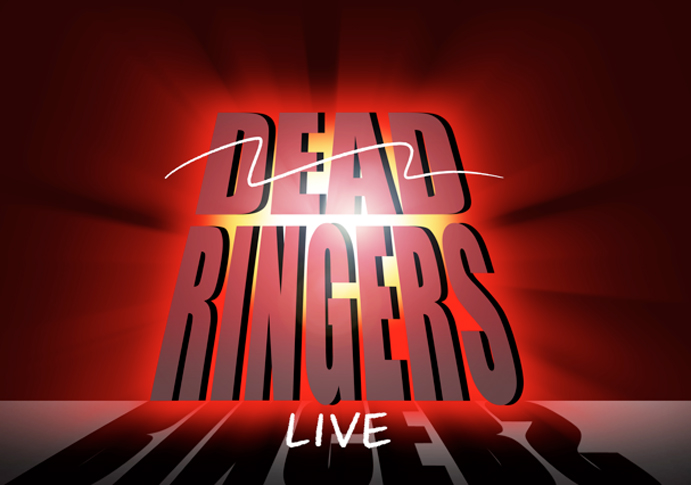 Step in the world of one of the most influential and critically acclaimed radio shows of the last 20 years this May, when DEAD RINGERS LIVE comes to the Barbican Theatre in London for a limited run of five shows.

This is the very first time this legendary BBC Radio 4 programme has been taken out of the studio and performed live on stage.

In the current political climate, there’s never been a better time to see this unique show.

First aired on BBC Radio 4 in January 2000, it has poked fun at the great, the good and the ridiculous without censor.

The shows will star the dream team – Jon Culshaw, Lewis MacLeod, Jan Ravens and Duncan Wisbey – scripts in hand, just as they do when recording for radio. But, there is an added bonus: the cast will share the tricks of the trade and some spontaneous reflection on the people they impersonate together with stories behind the making of Dead Ringers.

DEAD RINGERS LIVE will be a mixture of classics such as Disney Takes Over The Today Show and the unique Dead Ringers take on The Archers, combined with new material written moments before the cast go on stage keeping pace with the news on the day.  No two shows will be quite the same.

DEAD RINGERS LIVE promises to make audiences laugh – and cry – at the state of political life in 2019.

Jon Culshaw Jon Culshaw is widely regarded as one of Britain’s best impressionists with over 350 impersonations including Boris Johnson, Donald Trump, David Bowie, Professor Brian Cox and Barack Obama.
Born in Ormskirk, Lancashire Jon made international headlines in 1998 by calling the switchboard of 10 Downing Street and fooling the operators with his impression of William Hague.

He was put directly through to Prime Minister Tony Blair.

Most recently Jon toured alongside Bill Dare in the Great British Take Off.

Lewis MacLeod Glaswegian MacLeod is a comedy impressionist and star of The Imitation Game, BBC Radio 4 series Lewis MacLeod is Not Himself, ITV’s Newzoids and Comic Strip Presents Red Top.

He is famed for being the voice behind the award winning ‘Jeremy Vine: Agony Uncle’ for BBC Radio 2 and has acted in shows including The Crown, Zapped and new sitcom Sliced.

His ‘Trump’ is acclaimed as the best – and funniest – around.

Jan Ravens With her unique mix of hilarious mimicry and sharp satire, Liverpudlian Jan Ravens is one of the UK’s most successful impressionists.

She has contributed to radio shows such as Just A Minute. I’m Sorry I Haven’t A Clue, Broadcasting House, The Week in Westminster and Today.

As a live performer and on TV (and first female president of Footlights) she has performed with some of the UK’s biggest comedy names (Lenny Henry, Alexei Sayle, Alistair McGowan, Ronni Ancona, Rory Bremner) and toured all over the country.

Her frighteningly accurate ‘Theresa May’ has achieved cult status.

Duncan Wisbey As well as being a vital member of the Dead Ringers team, Duncan is their unofficial musical director.

An actor who has made countless theatre, radio and TV appearances he has also a chart hit with ‘The Ladies’ Bras,’ which still holds the record for the shortest song ever to reach the top 30.