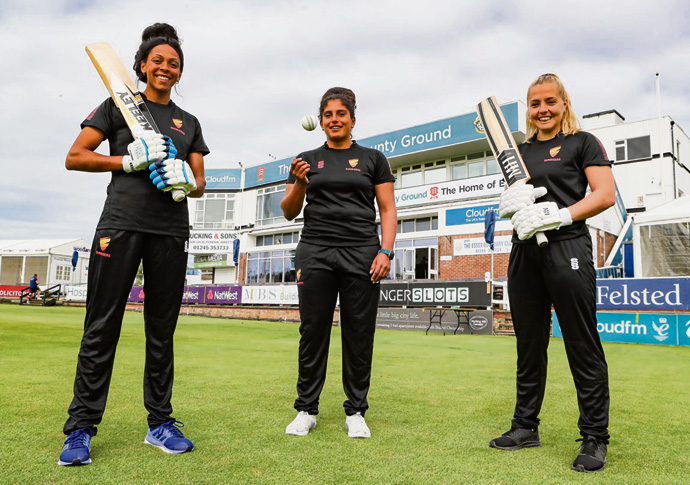 Cordelia Griffith, Naomi Dattani and Amara Carr, who have been awarded professional contracts with the Sunrisers

THE sun looks set to shine on women’s cricket this summer as a new initiative aimed at driving the sport forward edges ever closer.

The England and Wales Cricket Board (ECB), which is based at Lord’s in St John’s Wood, has reiterated its “unwavering” commitment to press ahead with plans to make cricket “a gender-balanced sport”.

The coronavirus outbreak brought all sports to a standstill. But with restrictions gradually lifting, the ECB is now ready to deliver women’s domestic cricket in 2020.

And on Friday, fans got the first glimpse at what that will look like when the sport’s governing body revealed the opening fixtures of the truncated county season.

This Saturday all 18 first-class men’s counties will take part in the Bob Willis Trophy, named in honour of the former England fast-bowler who died in December.

Counties have been split into three regional groups, all playing five matches. The two group winners with the most points will then go on to contest a five-day final, which is tipped to be played at Lord’s.

The event will see teams divided into two regional groups of four, with the group winners meeting in the final, but their fixtures will not be revealed until early August.

ECB chief executive officer Tom Harrison said: “The efforts to deliver a new one-off men’s and women’s competition to meet the unprecedented requirements of playing professional cricket during a pandemic have been remarkable. 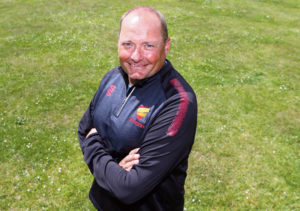 “It will be a fitting reward for all that work, and for the patience of all county cricket fans, when the first ball is bowled in the Bob Willis Trophy on Saturday.

“I am pleased that we have also been able to schedule women’s domestic cricket and ensure competitive competition. We will need to remain agile to the challenges that will await us during the shortened domestic season with the health and wellbeing of our players, staff, officials and fans continuing to be our first priority.”

In October the ECB announced a 10-point action plan to transform women’s and girls’ cricket. It included a funding boost to the tune of £20million over the next two years, with a total of £50m expected to be reached by 2024.

As part of the plan, eight new regional hubs were announced, and earlier this month the identity of the London and East region was unveiled in the shape of the Sunrisers.

They will represent the three first-class counties of Middlesex, Essex and Northamptonshire, as well as the national counties of Hertfordshire, Cambridgeshire, Suffolk, Norfolk, Bedfordshire and Huntingdonshire, and Marylebone Cricket Club (MCC).

The Sunrisers’ senior team will compete in the ECB Women’s Elite Domestic Competition.

In addition, and perhaps more importantly, the newly-formed outfit will deliver a performance programme at Academy and Emerging Player level, aimed at developing the breadth of talent across the region.

Cordelia Griffith, Naomi Dattani and Amara Carr have been unveiled as the three players from the region to be awarded retained professional contracts this year with the Sunrisers.

And the club will be in safe hands after Trevor Griffin was announced as the new head coach.

He arrives with a wealth of experience in the women’s game, having previously guided Western Storm to two Kia Super League titles.

“There are a lot of talented players within the region and I’m really looking forward to working with the counties to develop them into a strong Sunrisers squad, achieve their ambitions and ultimately see some of them progress onto the England pathway.”