Five Guys Named Moe is on at Upstairs At The Gatehouse 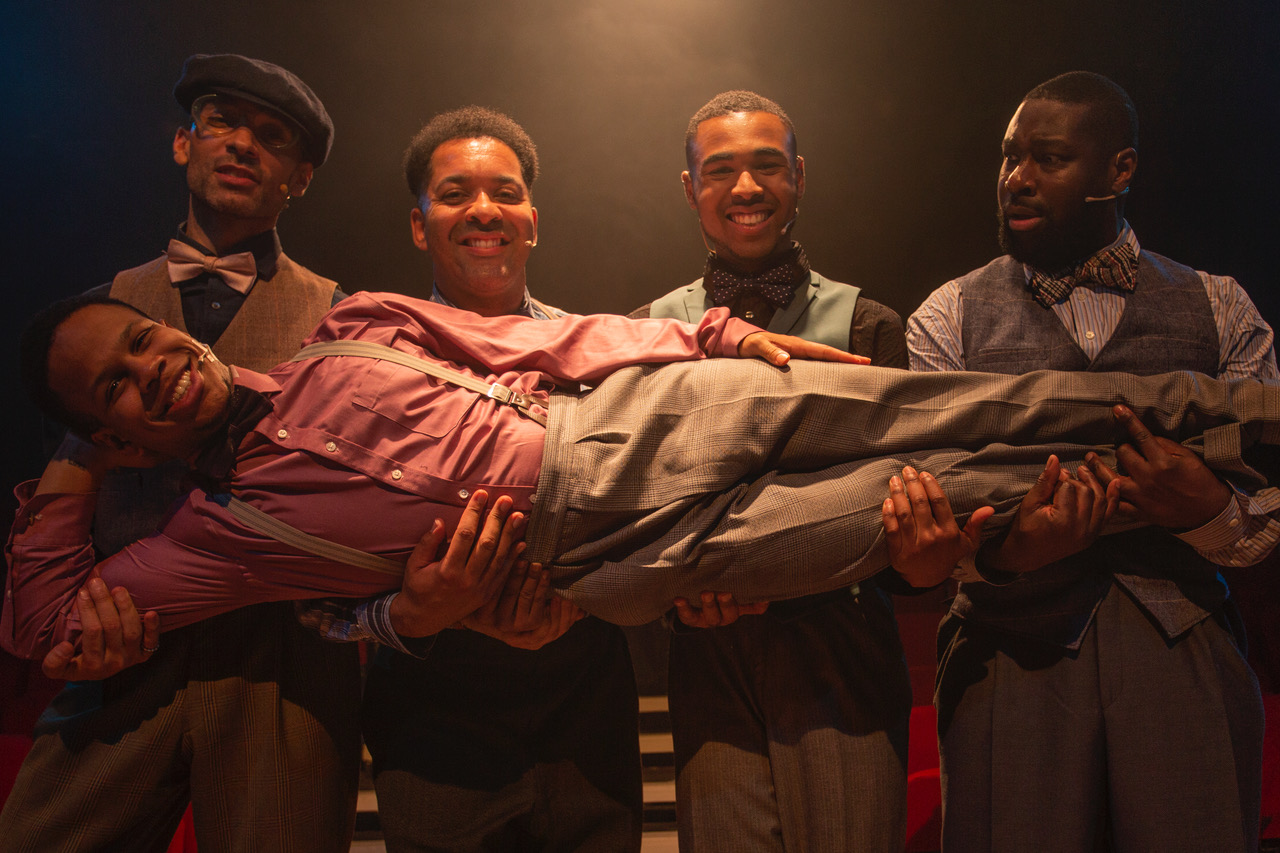 IN the acting world, the enduring phrase “break a leg” is meant to be a note of good luck.

But a theatre in Highgate village had reason to curse the old line when one of its cast members broke an ankle during dance rehearsals – just a fortnight before opening night.

Five Guys Named Moe – the holiday season musical at Upstairs At The Gatehouse – has now been saved by a promising young student drafted in at the last minute.

Despite having to learn the dialogue and dances in days rather than weeks, Christian Maynard, 21, has wowed the producers and dazzled as “Little Moe” yesterday (Wednesday) when the show began its run.

He told the New Journal: “The one secret  I found is just to live in the moment instead of overthinking. That’s allowed me to naturally pick up things and let my body move with what’s going on.”

He said his agent had never seen somebody join a show so quickly – as there was no time for the full audition process.

Mr Maynard is in the final stages of his time at the prestigious Urdang Academy performing arts school in Islington.

“I was literally at my last assessment and I got a message saying ‘you have a little audition’. I came down straight away, sang a couple of songs – they’d already seen my Instagram videos – and it was a quick process­,” he said.

Fellow cast members said the choice has proved to be a good one.

Mr Maynard said: “This show is perfect to go in as your debut. It’s very dancy but Urdang is a very dancy school and people get highly trained.

“I feel like the cast has been the reason as to why I’ve been able to pick up the whole show so quickly – they make it fun, and the show is supposed to be fun and snappy.”

Five Guys Named Moe has not been seen in London since 2017 when a special theatre was constructed at Marble Arch to put it on. Based on the swing and jazz of Louis Jordan, it was a theatreland hit in the 1990s.

The late switch in personnel came after the original Little Moe, Lawrence Rowe, “turned his ankle” during the rehearsals, later leaving the nearby Whittington Hospital with a “big white sock” and the discovery that a bone had been broken.

Upstairs At The Gatehouse has earned a reputation for staging top quality musicals every Christmas – produced in-house – and with performers often going on to big shows in the West End.

The theatre has been given a “see it safely” kitemark due to its Covid-safe measures for audiences.

Masks are being worn, hand sanitiser is available at the door and the theatre is being wiped and fogged with disinfectant every night.

Theatre owner John Plews said: “We have taken all the measures necessary and the theatre is now one of the safest places that you can be.”

He added: “We are also having four shows where there will be a reduced capacity audience for anybody who would prefer extra social distancing.”

The show runs until January 16.