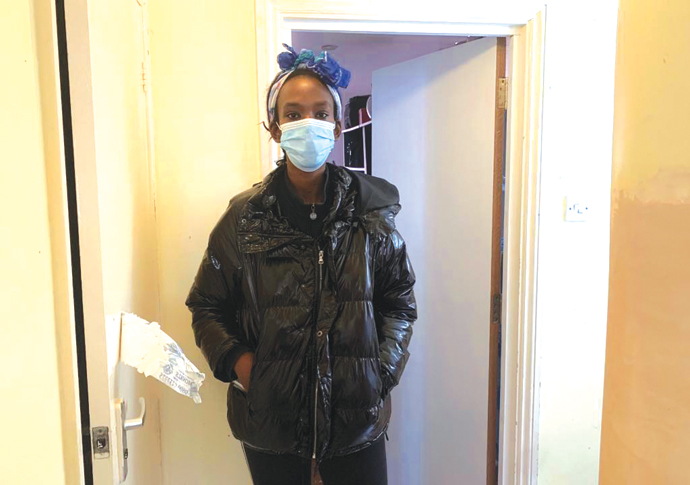 A FAMILY say they have been left feeling “utterly worthless” after battling their landlords for almost 30 years to fix chronic damp in their Archway home.

Sara Araia claims her mother has suffered ill health due to problems with her flat but an endless cycle of complaints going back years has got nowhere.

The 22-year-old had hoped the issues would be resolved when she came to an agreement with Partners for Improvement, the private consortium that has a long-term contract to manage council repair works, to hack back the damp walls.

But she says she has watched on in despair as the work failed to resolve the problem.

Partners have now told the family to return to the property despite the fact that Ms Araia says that damp remains in several rooms and there is a hole in the roof in the hallway. 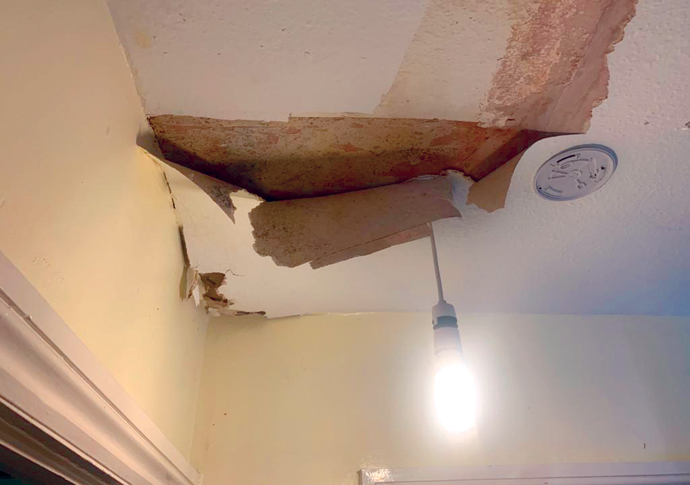 An example of the damp in the Archway property

She said: “We feel worthless, completely and utterly worthless. It’s like we’re living back in the 1600s – like we have no rights. I’m so frustrated. It’s been so long.”

In reply, Partners say they have been met with “hostility” over the work.

Ms Araia’s mother emigrated from Eritrea in 1992 when she was offered the flat.

“As soon as I could write I was writing letters to the council,” Ms Araia said. “The damage it has done to our family is crazy. I used to think it was my mum’s fault because she couldn’t speak English, but it’s that they don’t care.

“Why don’t they just investigate something when we bring their attention to it instead of thinking we’re mad. Wouldn’t it be better just to get the work done properly?” 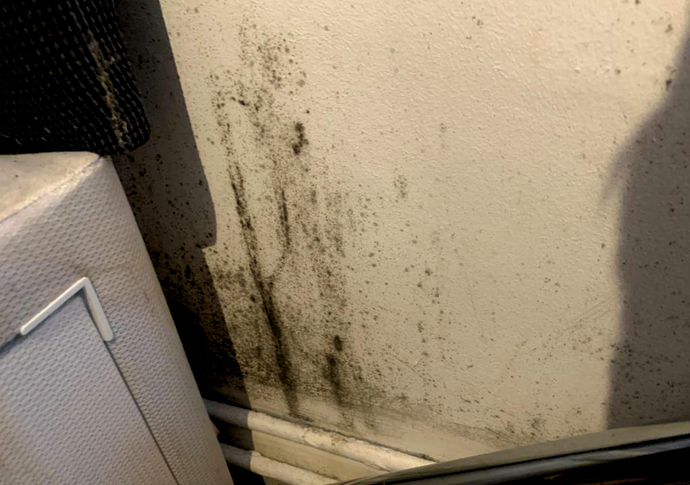 Partners is a private con­sortium that was drawn together in the early 2000s made up of Hyde Housing, Rydon, United Living and Halifax Bank of Scotland.

Islington outsourced large swathes of the repairs and maintenance of its housing stock to this group under two Private Finance Initiative contracts known as PFI1 and PFI2. The deals were meant to bring the properties up to scratch to meet the “Decent Homes Standard.”

The Tribune has previously reported on Town Hall meetings in which dozens of distraught tenants living in Partners-run homes gave harrowing accounts of the experiences they have had.

The council has now announced that once the PFI2 contract expires next year it plans to bring repairs and maintenance work on more than 4,000 properties, including Ms Araia’s family home, back in-house. 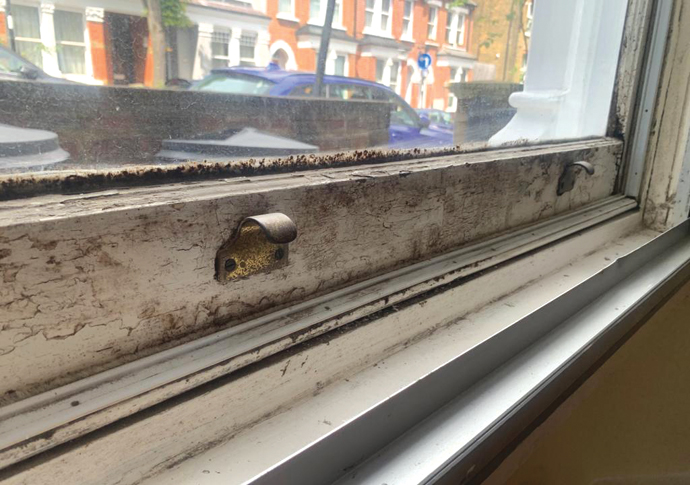 Islington’s housing chief Cllr Diarmaid Ward said: “Everyone in Islington deserves a decent place to live, and we will continue to talk to Partners about this case and resolving any outstanding issues.

“We are working with Partners to ensure all properties are handed back in the condition required by our contract with them.”

A Partners spokeswoman said: “The majority of the customers we serve are a pleasure to work with. Unfortunately, we have not found this to be the case with this customer. Despite our best efforts to resolve the problems with the property, on many occasions our operatives have been met with hostility, a refusal to co-operate and have been prevented from entering the property to carry out the remaining work.”

She added: “Sadly we have had to resort to a court injunction to prevent the customer and her family from disrupting our work. The work is now complete except for some superficial decoration, so we have asked the resident to return to the property while this work, estimated to be two days’ worth, is finished.”