Cyclist injured on Euston Road after collision with van

The man in his 30s has been hospitalised 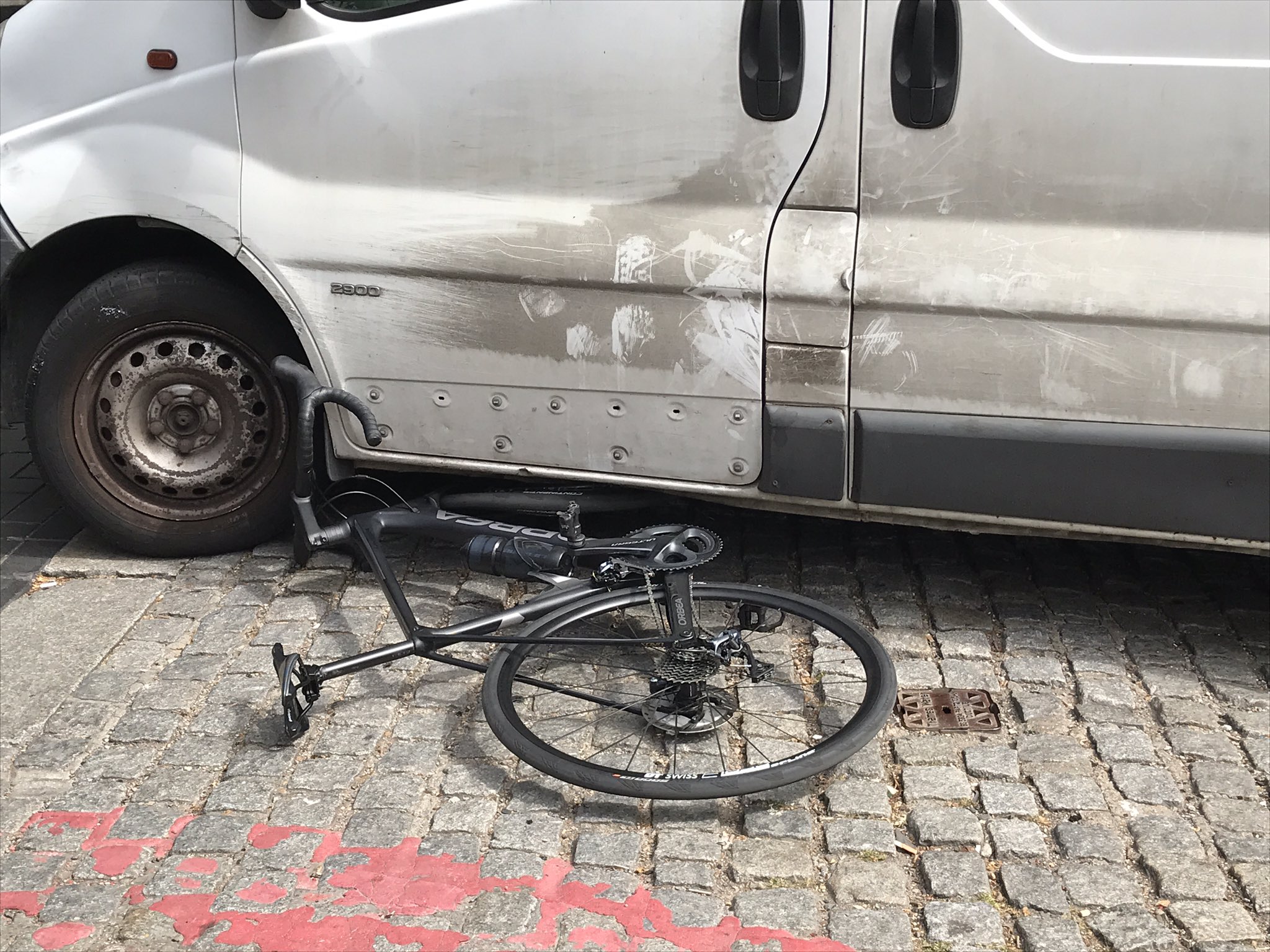 A CYCLIST has been taken to hospital after a collision between a bike and a van on the Euston Road.

Police and paramedics were at the scene of the incident at the corner of Chalton Street which happened just before 12.30pm today (Tuesday). 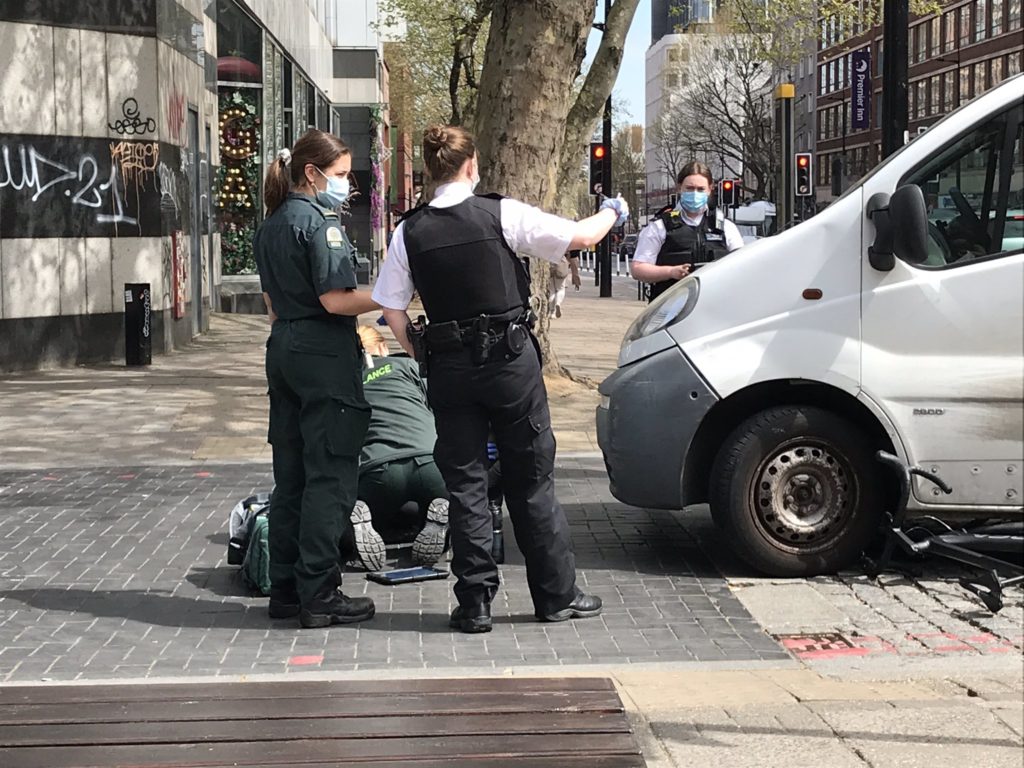 Police and ambulance at the scene on Chalton Street [Simon Lamrock]

The driver of the van stopped at the scene and police officers out on patrol were flagged down by members of the public.

Pictures taken following the incident show the cyclist’s bike half wedged underneath the van.

An eye-witness said the cyclist was sat on the floor and appeared to have a head injury and was being attended to by ambulance service staff before he was taken to hospital.

A Met Police spokesperson said: “We await an update on his [the cyclist’s] condition.

“There have been no arrests and enquiries continue.” 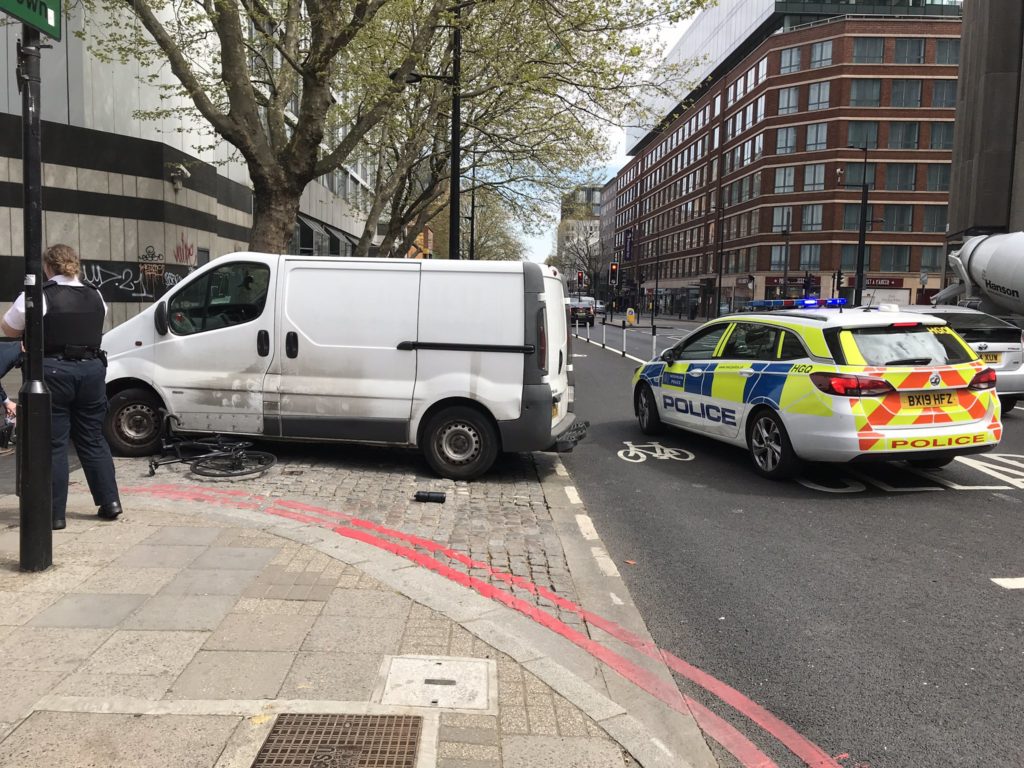 A spokesperson for the London Ambulance Service said: “We sent an ambulance crew, who treated a person at the scene and took them to a hospital.”

The eastbound cycle lane installed last year Euston Road remains in place but the westbound route – part of the Streetspace for London Covid-19 initiative – was removed at the start of this year after it was found to have worsened congestion.

New cycle lanes plotted around Camden during the pandemic have invoked a mixed response, with some praising the safety measures meant to encourage people to walk and cycle, while others said it causes more pollution due to queuing cars and that schemes were introduced with inadequate consultation.