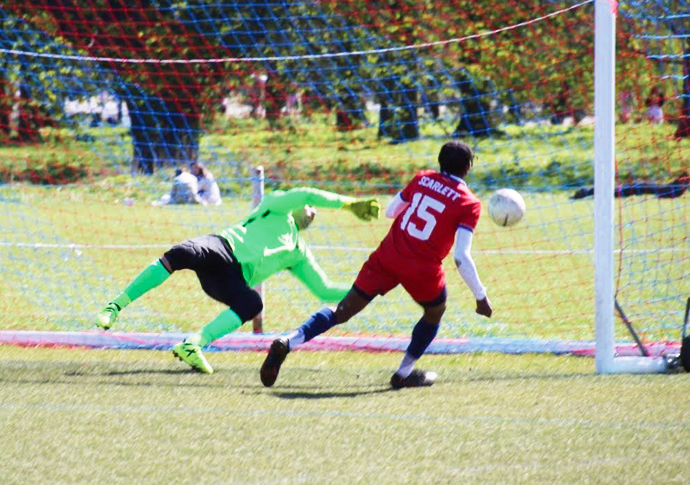 FOOTBALL fans disillusioned by all the talk of European Super Leagues and megabuck paydays are being urged to take part in their own breakaway and support grassroots clubs instead.

While couples soaked up the sun in Regent’s Park on Saturday, players from Camden and Islington United – known as Candi – were busy beating FC Equinoccial 3-2 to book their place in the third round of the London FA Junior Cup.

Speaking after the thriller, Candi manager Nick Wigmore said: “It was a tense cup game which could have gone either way, but we dug in, battled when we needed to and played some great football.

“There was a good crowd here today to cheer the team on, and hopefully more people will want to come and watch some of our games, especially with the Super League announcement this week.

“Community football is growing and Candi games are a great place to reconnect with football as a fan. We want to be a club you can come and support if you’re disillusioned with the professional game and want to experience a real connection to a team.”