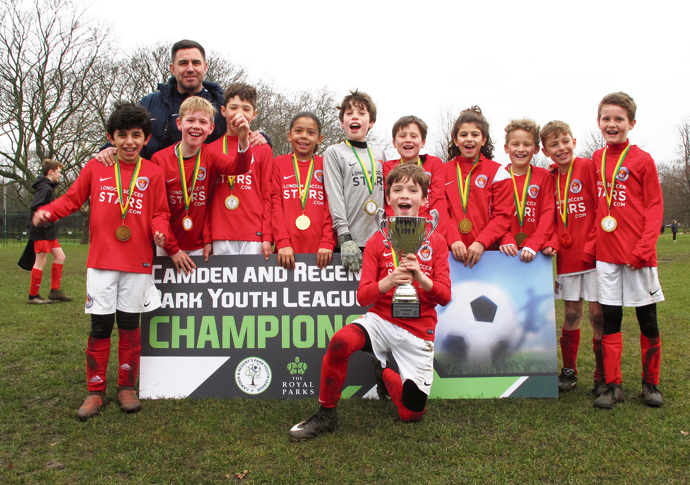 YOUNGSTERS from London Soccer Stars (LSS) Football Academy were the toast of the town on Saturday after winning a cup hat-trick in the Camden and Regent’s Park Youth League. 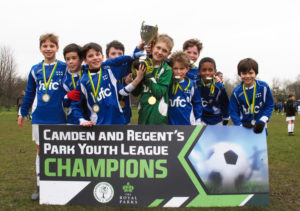 The academy’s top Under-10s side caused perhaps the upset of the day after two goals from Luca Lawrence and a neat finish from Menelaos Telemachou saw them beat much-fancied Camden Elite in a 3-2 thriller.

The future of LSS Academy looks very much in safe hands with two of their youngest age groups also victorious.

The Under-8s Blues beat Totally Goal 3-0 thanks to strikes from Theo Miles, Stanley McLuskie and Dov Gutt, while their Under-8s Whites ran out 2-1 victors against Daryl’s Dragons thanks to goals from Jared Pierce and Dijle Karahan. 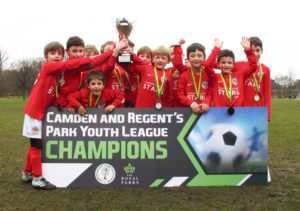 LSS Academy were in no fewer than five finals on Saturday and, although they didn’t win them all, manger AK Miah said it was “a proud day” for all those involved with the Islington-based squad.

“The atmosphere was amazing, with tension and excitement in equal measure,” he said. “The quality of football on display was great from all the teams, and we are glad that most of the results went our way.” 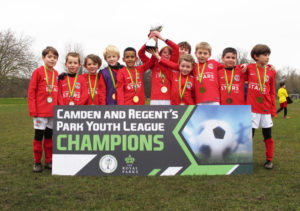 Muswell Hill Football Academy, where 15 of their 16 players are currently training or on trial with professional clubs, beat LSS Academy in their Under-8s final. 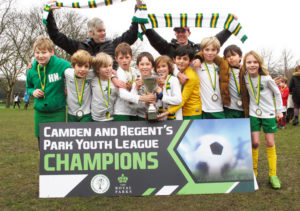 Harrison Hudson opened the scoring from the penalty spot early in the second half, before Leo Daniel Gallardo marked his debut with a well-taken goal.

Keon Roberts Ettienne was also on target after adding the finishing touches to Reon Smith’s perfectly weighted pass to wrap up a 3-0 win. 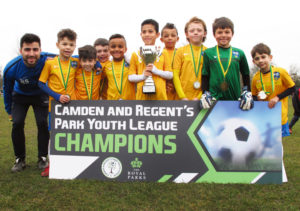 Another team celebrating at LSS Academy’s expense was HSFC, who ran out 2-0 winners in their Under-10s League Cup showdown thanks to goals from captain Ollie Saunders and Jason Braune.

The club scarves were being held up in glory after Queen’s Park Sharks beat Plot Ten 3-2 to get their hands on another of the Under-10 League Cups that were up for grabs on a scintillating Saturday of silverware. 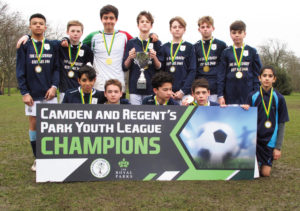 St John’s Wood head coach James Hammond beamed afterwards: “I am so proud of these boys, it is the first trophy of many. They have been playing together since they were five years old and have a great team spirit – not to mention the tekkers to go with it.” 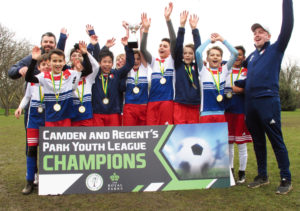 Meanwhile, in the Under-13s final, North West Academy beat Somers Town 1-0 thanks to a clinical finish from Valentino O’Reilly.

With Felix Jackson putting in a man-of-the-match performance in the heart of their defence, one goal was more than enough to see North West Academy claim the cup.