Cumberbatch homes in on spying in The Courier 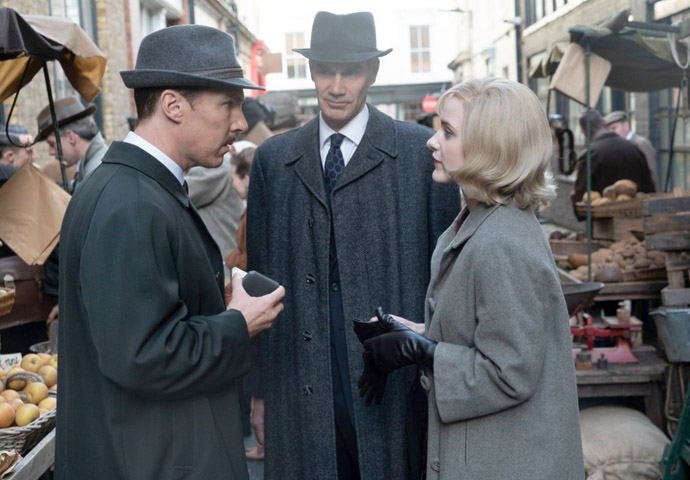 Benedict Cumberbatch, Angus Wright and Rachel Brosnahan in The Courier

THERE are still to be told Cold War stories that offer a rich mine of narrative, combining heroism, morality, global politics and the potential for extremely unpleasant ends.

The Courier is one of those tales gleaned from the public records office after enough time has gone by to ensure those involved are out of harm’s way. It’s a story that focuses on how a businessman working in industrial engineering sales played a large part in stopping the Cuban Missile Crisis developing to total nuclear annihilation.

Greville Wynne (Benedict Cumberbatch) is one of those suburban Edwardian villa-haunting Englishmen who has contacts in the Old Boy network, with the type of accent, schooling and general background that meant you were the Establishment’s idea of a good egg.

In 1960, Soviet apparatchik Oleg Penkovsky discovered the plan to ship nuclear missiles to Cuba. The USSR soldier and intelligence staffer believed this was a clear provocation and could start a nuclear apocalypse, so he managed to get a note to the American embassy.

What the British and Americans needed was some way to cultivate Penkovsky without raising the suspicions of the KGB – and decided the best way to do this would be to enlist the help of a businessman who had no background in spying.

We follow Wynne from being recruited and then sent to Moscow to meet the source, and watch as he becomes involved in a matter of real, global importance in a landscape utterly alien.

Unlike James Bond, Wynne doesn’t have to contend directly with poisoned umbrella tips and the like. What is very real is whether his wife (Jessie Buckely) believes his trips abroad are a sure sign he is having an affair.

The Courier eases us in with Cumberbatch’s natural charm and the oddness of his situation: as he meets MI6 handler (Angus Wright) and CIA operative (Rachel Brosnahan), that they would ask him to get involved feels like a big joke – but the laughter gets caught in the throat when he meets Penkovsky (Merab Ninidze).

Cooke has created a Cold War spy drama and replaced the usual action scenes with an intense atmosphere revolving round relationships. Wynne loves his wife and has to protect her, but his behaviour, without explanations, is worrying.

He also creates a trusting friendship with his Soviet counterpart, and this means he feels a sense of responsibility. Finally, the importance of the documents he is bringing out is a further cross to bear.
It’s a lot for a minor engineering salesman to take in.