Crimbo limbo is so hard for restaurants to stomach 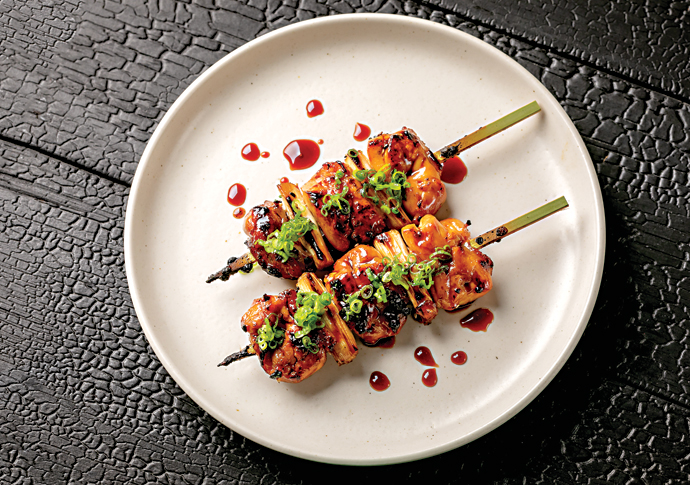 IT’S a crimbo limbo for restaurants – a terrible few weeks for the trade.

This is a fast-moving situation, but one thing is for certain: the timing couldn’t be worse.

The period around Christmas is vital for restaurants, as they build up cash reserves for the lean months ahead.

But a rash of cancellations has left many half empty and waiters twiddling their thumbs.

As one chef said, they need to be fully open or fully closed – it’s the limbo that’s so hard to stomach.

This is an important time to eat out, if you can, to show support. Your favourite haunts will be eternally grateful – and you may not need a reservation.

I’ve been out in Soho a few times to gauge the mood. The atmosphere is slightly subdued but the streets remain busy.

A team of 20 joggers ran past, all wearing Santa hats, in training for a new year’s triathlon.

Some bars and restaurants are still buzzy. Expect long queues for noodles outside Koya and Eat Tokyo.

Spirits remain high in The French House and Bar Termini. But other venues are clearly struggling.

I ate with friends in Noble Rot and Temper – both a good call – and recently tried a new Japanese place called Yatay in Wardour Street, Chinatown.

A charcoal robata grill takes pride of place on the ground floor. Nab a table at the counter to watch the chefs at work, as they baste and grill their sizzling skewers.

King oyster mushrooms are scored and sprinkled with a smoked salt; plump black tiger prawns are dressed with jalapeno and soy.

There’s even a festive special of Brussels sprouts with garlic, ginger and a squeeze of citrus.

We shared a plate of fried potatoes with a mayo and smoked bonito flakes, which tremble and dance from the heat of the plate. Mushroom gyoza dumplings were tightly made and intense in flavour.

Best of all was a rice dish, the grains baked in a cast iron pot until the edges went crispy. On top, a soy cured egg yolk and fried shallots to stir through the mixture.

Dessert was a surprise: an inventive dish playing around with salt and smoke: a sesame ganache with caramelised salted cashew nuts and a slick of smoked chocolate.

The cocktails are a feature – and also served in their new basement bar called Zoku. We sipped a well-balanced Nagoya Chicana, with a tequila base and kick of chilli.

If you do venture into Soho, check out number 68 Old Compton Street. Building work has exposed the beautiful hand-painted sign for A Moroni and Son, a long-departed newsagent on the street.

Peek inside and you’ll see the exposed brickwork and thick wooden beams. It’s a reminder of Soho’s past and uncertain future.