Cricket aces catch up on training 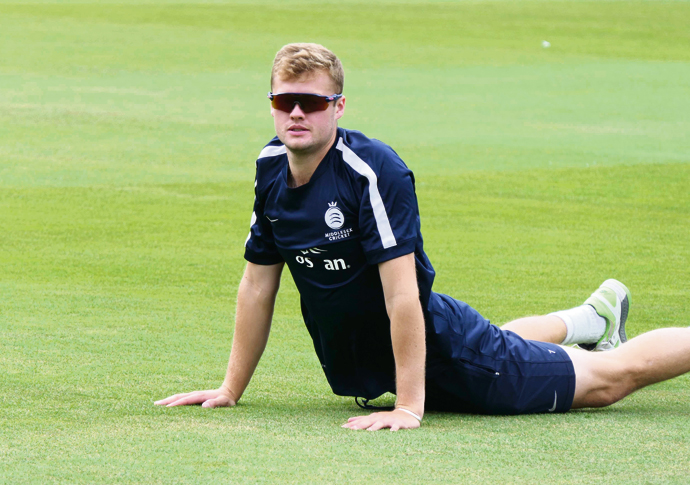 PLAYERS from Middlesex Cricket Club finally got the thumbs-up to return to training yesterday (Wednesday) – albeit only on a part-time basis.

The County Championship Division Two club, based at Lord’s in St John’s Wood, are even hoping to play a two-day friendly against London rivals Surrey.

Pencilled in for Sunday, July 26, the game, which will be held behind closed doors at the Oval, will be live-streamed for fans to watch on various digital channels.

The players will remain furloughed part-time outside of their scheduled training routines, but will see their workloads steadily increased throughout July in preparation for a scheduled start to the domestic season on August 1.

Their return to training will be closely monitored by the club’s medical team and Covid-19 officer, ensuring that all procedures are being strictly adhered to, with players maintaining safe social distancing throughout the sessions.

Speaking of the players’ planned return to training, Middlesex Cricket’s managing director of cricket, Angus Fraser, said: “The prospect of returning to training, let alone playing, is something everyone is looking forward to, and over the course of the past two or three weeks it has begun to feel realer and realer.”

The Middlesex fast-bowlers were the first ones back in training, and the rest of the players and staff will return on Monday.

Fraser added: “Training sessions for the players will, to begin with, feel different to any sessions they have had previously.

“Due to the Government guidelines and the desire to give all players a fair chance, time will be valuable, so players will need to be disciplined and make the most of every minute they have, which is not a bad mindset to get into.

“At the end of July, we intend to conduct practice matches amongst ourselves and then against local counties where we can travel to and from the venue each day.”

Morgan, who played 187 limited overs and T20 games for Middlesex Women, is the club’s most capped female player and the only player in the women’s game to feature in every season of the Women’s One-Day County Championship.

In all, she amassed more than 4,000 runs for Middlesex Women and took 97 wickets across both competitive formats in a domestic playing career that spanned 24 years.

Describing Thursday’s announcement as an “amazing honour”, Morgan said: “It has been an absolute privilege to have the opportunity to be involved with Middlesex for so many years, and huge credit has to go to all the women’s players and staff, past and present, who have done so much to help get women’s cricket in Middlesex to the exciting place it is in today.”