While the first Creed won plaudits, this second instalment could be any of the previous fight films that starred Sylvester Stallone 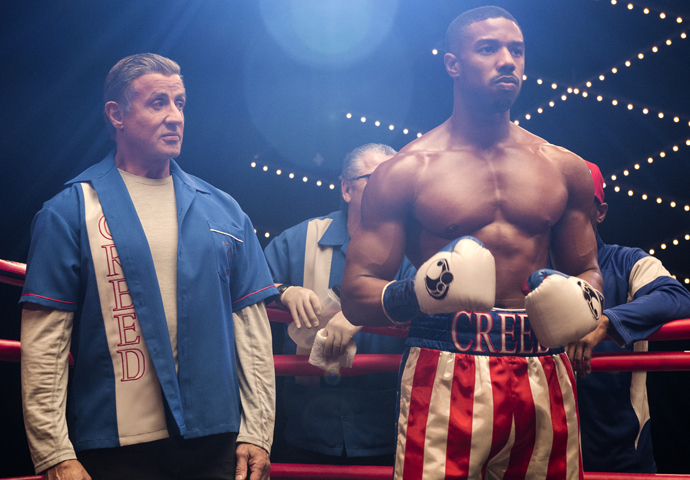 Sylvester Stallone and Michael B Jordan in Creed II

JUST how much more can we take? How any cinematic blows will our chins absorb? This is round eight of the story of the Italian punchbag Rocky, and our eyes are glazing over… even if it’s 42 years since the first one and it’s the original hero’s offspring dancing around the canvas.

Creed II starts with Russian bruiser Viktor (Florian Munteanu) planting his hammer of a fist into the noses of various contenders, and earning himself a shot at heavyweight champ Creed (Michael B Jordan).

Victor is, of course, the son of Ivan Drago (Dolph Lundgren) – the man who killed Creed’s father Apollo in Rocky something-or-other in the 1980s.

Meanwhile, Rocky (Sylvester Stallone) is training Creed and also running a little Italian trattoria. When Drago heads to America to demand a bout, Rocky can’t handle it – the memories of the death of his mate Apollo are too painful – so he steps away from coaching to concentrate on making pizza…

Meanwhile, there are some soppy side tales about Creed becoming a daddy, Rocky facing his ghosts (and Ivan doing the same) and stereotypes about baddie Russians and heroic Americans.

The first Creed film (2015) won plaudits, perhaps because of the nostalgia it offered. This second instalment could be any of the previous Rocky films in terms of narrative arc and ring scenes.

The slow, slushy interludes between big-breasted men smashing faces in give the viewer time to ponder important questions: does Rocky’s pizza dough, which we watch him make, need more water (it looks very dry)? Is this is a fine piece of homoerotic film-making – how do the various muscle groups so beautifully on display relate to Michelangelo’s concept of male perfection in Renaissance art? Could the story arc ever deviate from a well-trodden course, namely: the hero wins a fight, has some personal drama, loses the next, learns something important, trains, fights and wins again… And why is working out in a junk yard better than a high-tech gym?

If it is, as this and other Rocky movies suggest, why aren’t Leyton Orient above Manchester City?