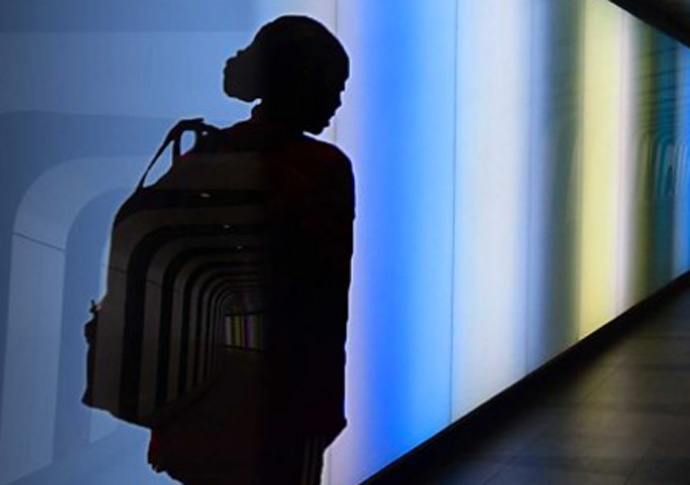 After a young man accidentally knocks her down, she begins to question past choices and her personal happiness.

The man had helped her up from the pavement, claiming: “I didn’t even see you.”

His words dismay Stella and she wonders when she became invisible to strangers and her own family.

A natural chatterbox, she is largely ignored by her two sons and humoured by her well-meaning husband Doug (Roger Ringrose).

Stella yearns for grandchildren, but Doug thinks she is suffering from “empty nest syndrome” and suggests she takes up art or joins a choir. When Doug reveals a devastating secret he has harboured for 35 years, Stella is grief-stricken but embarks on a rebellious journey of self-discovery.

Running alongside Stella’s story is that of a life-drawing class run by an art teacher (Stefan Adegbola) who encourages his students to really look at their subject, for “everyone in this world is worthy of notice”.

He urges them “to revere the human form with all its bumps and lumps and warts”, to find beauty in the unexpected, claiming “every life drawing is a love affair”. He tells them to look at their subject anew: “Draw what you see, don’t think, just respond, get the overall shape, the spirit, the movement.”

Gradually, Stella realises she cannot forgive Doug and asks him to move out. She meets an old acquaintance, Monica (Jane Whittenshaw), who seems to have aged gracefully and leads a fulfilling life. Monica insists she’s been helped by the art class she regularly attends. Stella is beginning to make her own choices but can she find her way back to Doug?

Joyce is renowned for her deft portrayals of ordinary people overcoming adversity. Her characters often face difficulties we can all identify with – ageing, family drama, ill-health or emotional fracture – as well as experiencing uplifting moments and unexpected connections.

Life Class offers a valuable lesson in confronting life’s challenges with courage and empathy and the redemptive power of forgiveness.