Council’s HQ lit up in green for Grenfell

Camden's solidarity with all those affected 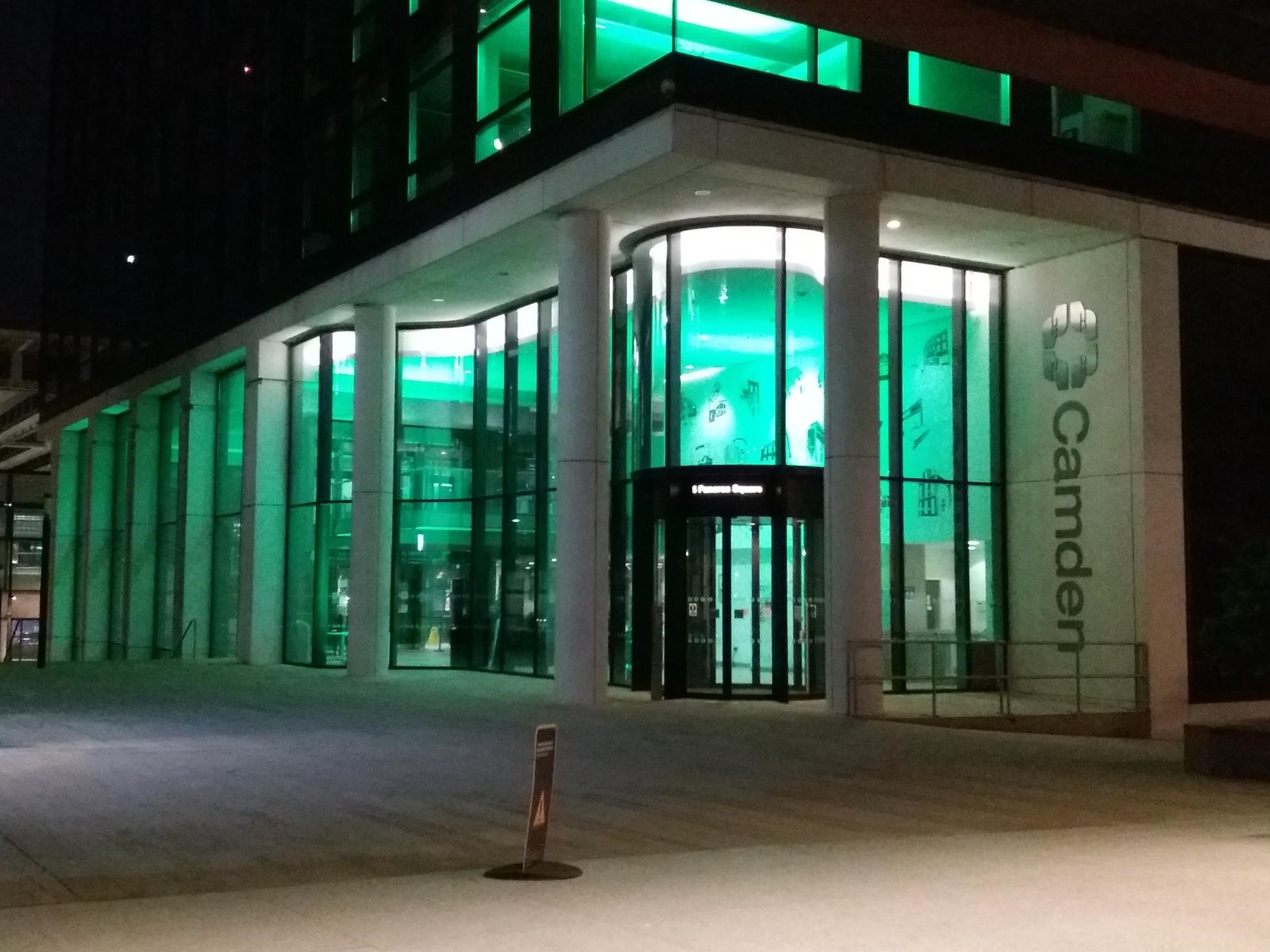 CAMDEN Council lit up its headquarters in King’s Cross with green lights on Monday to mark the fourth anniversary of the Grenfell tower fire.

The council said it was showing solidarity with all those affected by the tragedy in west London, which killed 72 people.

Landmarks across the city were turned green, which is used by the Justice4Grenfell campaign. 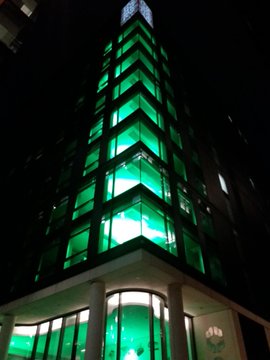 A review of fire safety in tower blocks followed the fire in 2017, leading to the emergency evacuation of the Chalcots estate.

Camden has used lights at its 5 Pancras Square building on several occasions including turning the building red for Remembrance Day; purple in memory of George Floyd, the US man murdered during a police arrest in Minnesota; and orange after the death of Sarah Everard earlier this year – the colour is used in the UN’s campaign for ending violence against women.