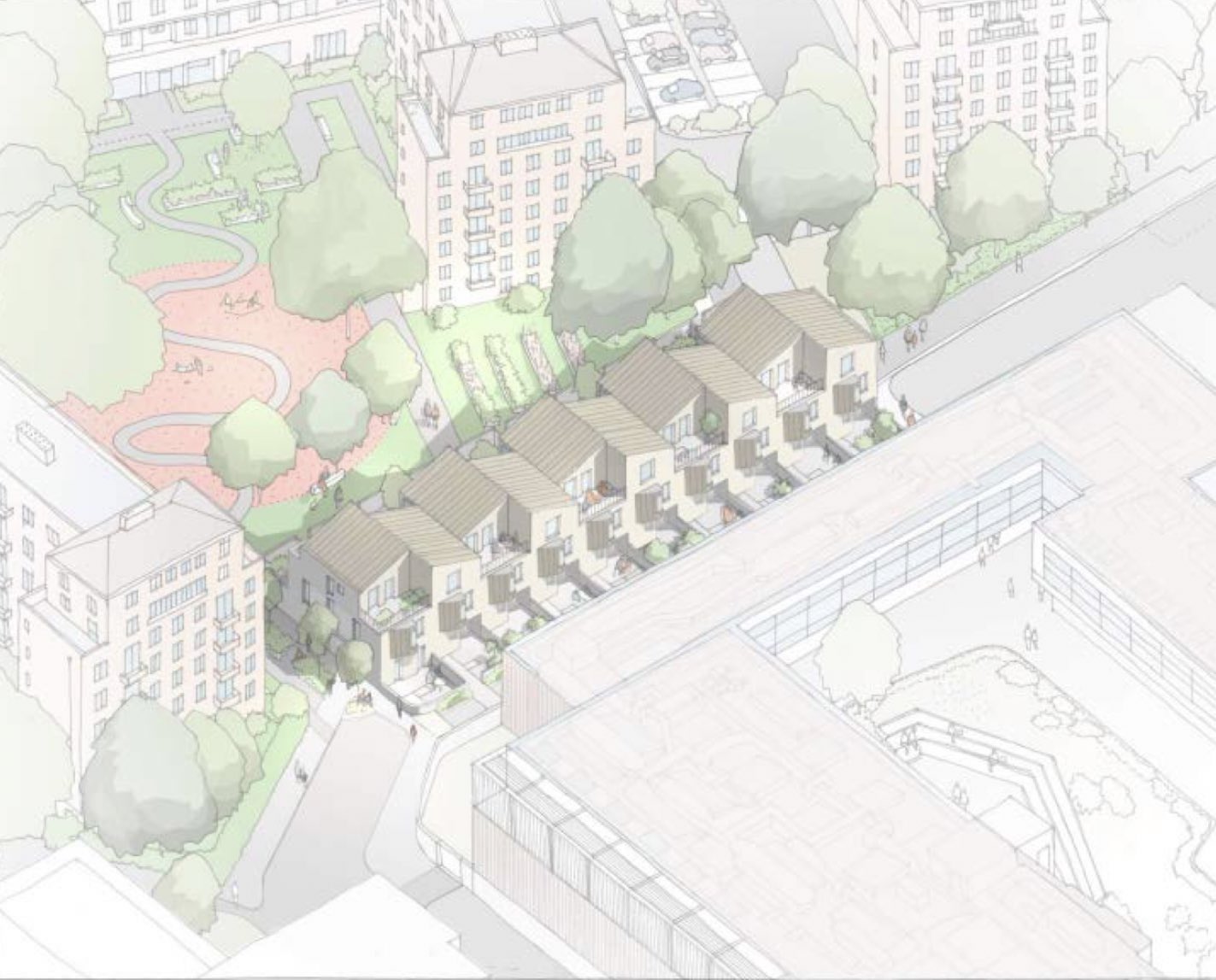 An architect’s drawing of the proposals

AN estate’s sports pitch and car park will be bulldozed and replaced with ten council homes, after Town Hall chiefs agreed to a breach of planning policy last night (Thursday).

The committee voted in favour of the council’s application for the Godwin and Crowndale estate, Somers Town, saying the overall need for family-sized housing in Camden “outweighed” the need for the play space.

The meeting heard that Camden’s policy clearly states that a Multi Use Games Area (MUGA) should be replaced if it was lost in a regeneration scheme.

Madeline Stanley, representing the estate’s Tenants Management Organisation, said the pitch was “very popular” and “extremely well used”, adding: “It was particularly well used during the pandemic. It’s used by children of different ages and it is not at all unusual to see families kicking a ball around with a younger child.”

Neighbouring Regent High School had objected saying that housing “should not come at the expense of outdoor play space”.

A council official told the committee “we accept it would result in the loss of MUGA [Multi-Use Games Area] facility that is used by people, but we are weighing that against the benefits of this scheme – social housing for families, that there is a desperate need for.”

There is an undisputed urgent need for family sized council homes in Camden and the project will provide a new life for 60 people – six in each home – on the waiting list.

But Somers Town ward Cllr Paul Tomlinson said “the loss of the MUGA is not welcome, nor is it mitigated”, adding: “I think this development is in the wrong place. It is admitted that it adds to the density of housing in the area. Residents will experience a feeling of more overcrowding.”

Cllr Andrew Parkinson said: “There is no replacement being provided, which is contrary to policy. All that’s happening is existing space is being spruced up.” 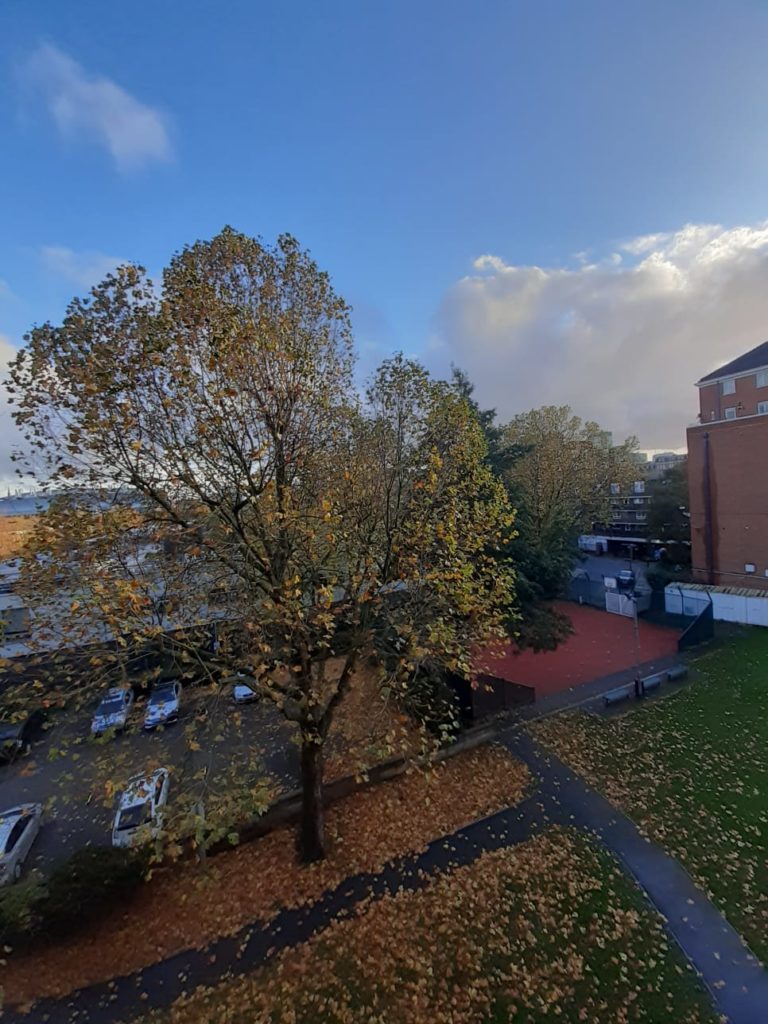 The pitch and mature tree that will be cut down

Cllr Sue Vincent said she was “surprised by the lack of information” in the report, adding that “it barely mentioned the existing residents and the number of children there”.

The council said there were eight nearby free-to-play pitches within 500 metres of the site, but some of these were in different areas, for example the Regent’s Park estate.

Cllr Anna Wright said she “the need for family sized social housing is really urgent”, adding: “I don’t accept the argument that other places nearby are just as good. Parents and residents are anxious about teenagers travelling to other spaces, there is an important territorial issue here.”

Cllr Flick Rea said: “My experience is that young people don’t want to go off their estate and go somewhere else. There’s a lot of rivalry.”

Camden Council applied to itself to build ten houses as part of its Community Investment Programme (CIP), which uses receipts from land deals with private developers to fund council house building projects on across the borough.

Cllr Danny Beales, the cabinet member in charge of the CIP who also sits on the planning committee, said residents could still be consulted on whether they wanted a replacement pitch built on their existing communal garden, adding: “It is perfectly reasonable to not have the full plans agreed tonight.”

Cllr Samata Khatoon, a Somers Town ward councillor who sits on the committee, had raised concerns about the loss of car park spaces to the homes, adding: “Some residents are cab drivers, they desperate need space to park their vehicles. That is the only way they are working.”