Georgia Gould insists trip is not a junket with nice meals 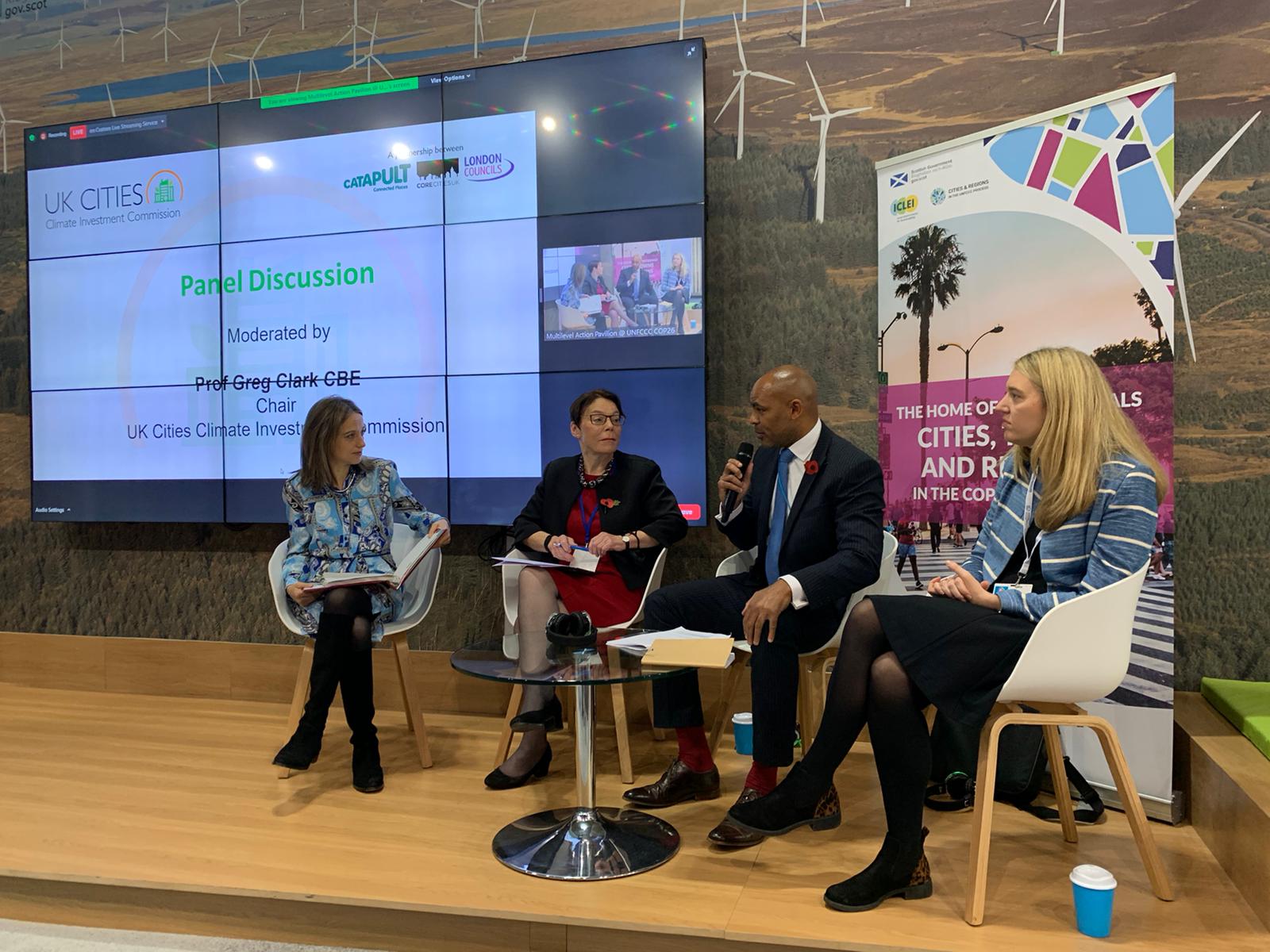 THE leader of Camden Council has put herself in the thick of discussions at the Cop26 climate change conference in Glasgow, demanding more than £200billion to help save the planet.

Georgia Gould was in Scotland last night (Wednesday) partly in her role as head of London Councils, with the capital’s local authority leaders joining a new push for more investment on green policies.

She rejected taunts from radio presenter Vanessa Feltz that people might think the conference trip was a “junket” with “high-quality canapes”, and insisted her appearances were aimed at securing funding from both central government, banks and private investors.

“We are here to push the government to take action but we are not waiting for them to do it,”  Cllr Gould told the New Journal.

“It requires huge investment: a mass retrofit to insulate homes, planting more trees, tackling fuel bills. Working with the 12 biggest cities, we are looking at £206 billion. London alone needs £98billion. These are huge figures but the prize is enormous.

“It would create a million jobs, change people’s lives so they are no longer living in damp homes with fuel bills going up and cleaning up our toxic air.”

The cities who have banded together to demand more investment – they are jointly launching the UK Cities Climate Investment Commission – acknowledge that it cannot all be stumped up by central government, but say private sector investments, possibly through pension funds, could help. 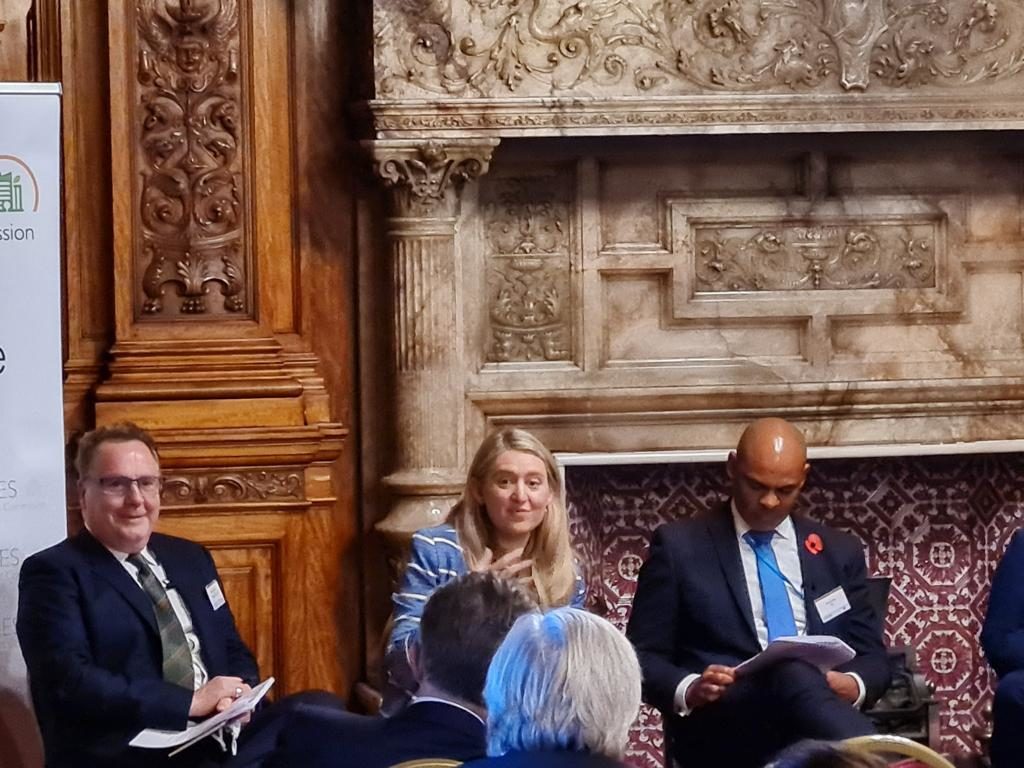 Cllr Gould shares a stage with the mayor of New Orleans

Cllr Gould said that some investments would see the incentive of financial returns, including solar panel power.

She also suggested that banks should structure mortgages to include the cost of insulating homes – an idea which was part of chancellor Rishi Sunak’s autumn Budget plan unveiled last week.

“In Agar Grove, we have new council housing where the tenants hardly pay for heating at all,” the council leader added.

Camden has also set up a “climate bonds” scheme which residents with some spare cash can use to invest in local projects – an attempt to finance more green schemes.

But it was told it still needed to do more at a recent council meeting when campaigners called for more tree planting and full pension fund divestment from fossil fuel companies among a string of suggestions.

Environmental activists, meanwhile, have called for the work on the HS2 rail line to be cancelled, with demonstrators burying themselves underground to try and save ancient trees at Euston from being felled and concern raised over the destruction of natural habitats all the way up the line to Birmingham.

“Camden Council has always opposed HS2,” said Cllr Gould. “But it is happening now and our role is to fight to get the best deal for the community and the greenest development using our planning powers.”

Asked what she would say to any resident who felt helpless when confronted with the Doomsday warnings about climate change, she said that everybody could take small actions.

“We’ve seen tenants green their estates and food co-ops set up. “Together people are using their voice to push world leaders. I think we can create a bottom-up movement.”

GEORGIA Gould was challenged over her motivation for attending Cop26 during a live interview with BBC Radio London’s Vanessa Feltz, with the chat show host suggesting many might think she was there for the “fun”, writes Richard Osley.

The presenter asked what the leader of Camden Council would say to those who thought the conference was “a good old junket with some delicious meals and a good party” and that she might be there for “some fun and some canapes of a high quality – to hob-nob with Joe Biden… possibly give him a nudge and wake him up if he falls asleep”. 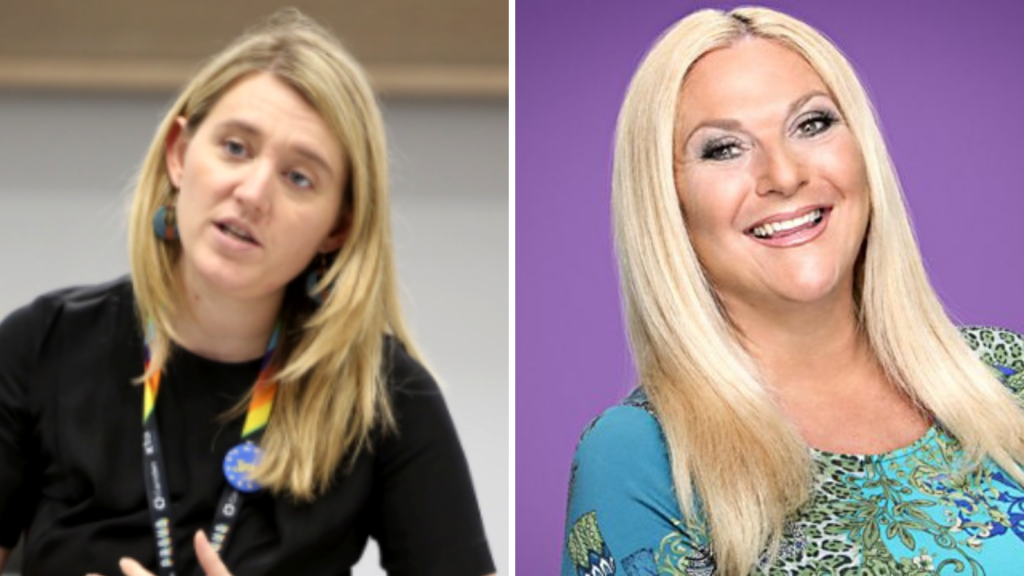 Ms Feltz told Cllr Gould: “They might be thinking ‘what a junket – it’s one of those things that if you cared a fig about the planet, you’d stay in Camden and you’d be on Zoom and you wouldn’t have to schlep up there and be making any carbon footprint whatsoever.”

Cllr Gould replied: “We are at a critical moment for the planet and this is our last chance to come together and stop the crisis of our lifetime. There’s a huge weight on this conference.

“We are desperate for global leaders to come together, but regardless of what happens, we as cities will be here and pushing forward this agenda. I took the train up yesterday and I’m here to meet with cities around the UK and the world to make common cause.”