Vote will decide the future of Wendling 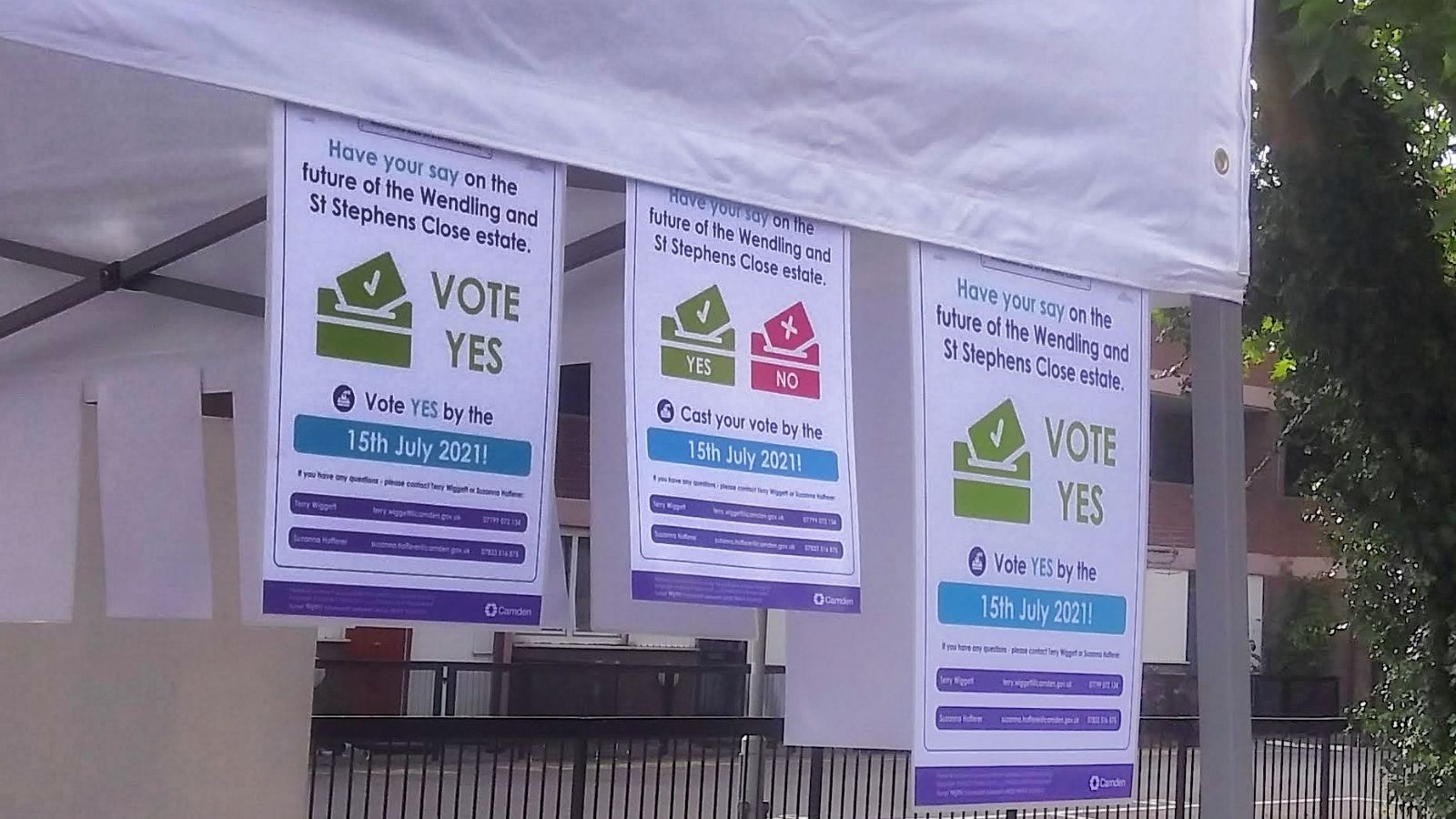 The posters up at Wendling

COUNCIL officials behind a ballot on the redevelopment of a housing estate have been criticised for putting up posters urging tenants to vote “yes”.

A stall was set up by council staff in the car park of the Wendling estate late last month to remind residents that the vote was taking place on whether the estate and St Stephen’s Close estate should be flattened and have new houses built.

The scheme is part of Camden’s controversial 15-year Community Investment Programme (CIP), a flagship council policy for homes and schools. The poster urged people on the estate to “Vote Yes by the 15th July 2021”.

James Messer, 36, who has lived on the estate since 2015, accused the council of trying to rig the ballot. He said: “I was upset and disappointed when I saw it. They’ve set it up in such a way that they are going to get what they want – rather than that is good for the people on the estate. 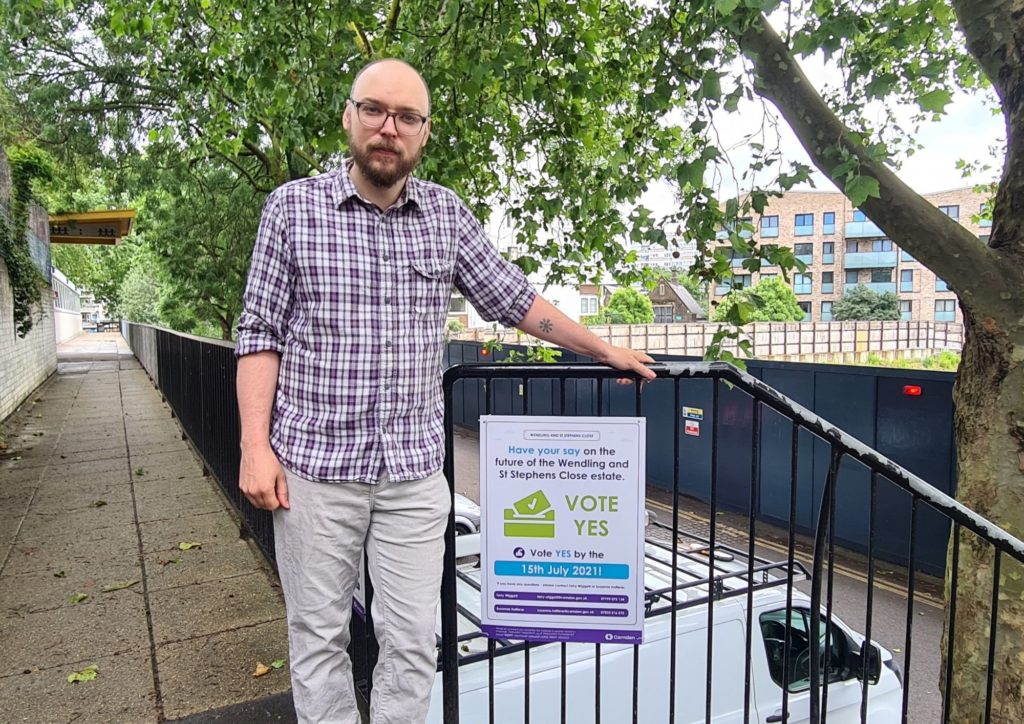 “I was shocked when I went up to the stall and asked why there weren’t any ‘vote no’ signs, and they said it was because ‘it’s what Camden and we think is best for you’.”

He added: “I thought it was up to us, not up to Camden. They are trying to swing the vote.”

Several of the signs on the estate have now had vote “no” added with marker pen.

The CIP was once called Camden’s “North Sea Oil” strategy by Labour’s finance chiefs when it was launched a decade ago. Since then it has seen private homes built on council land, with the money from sales used to fund more council homes and new school buildings.

A meeting of tenants and residents before the pandemic passed a vote of no confidence in Cllr Danny Beales, Camden’s regeneration chief. Mr Messer said the redevelopment would force his family to leave London, because of how little money he would get for the three-bedroom flat on the estate he lives in with his wife and mother-in-law, who owns it.

“We’ll be offered market value, which looking at similar properties locally will be £500,000,” he said.

“You won’t get anything close to that near here, it’ll be 25 per cent or 50 per cent more than that. My wife was born and grew up here, but even in somewhere like St Albans, we won’t be able to get the same thing.

“The council have offered us the chance to buy a space in the new flats, but it won’t be the same as what we’ve got there, and we’ll be taking on the debt as well.”

The situation is also complicated by leaseholders not having the right to vote in the ballot.

Cllr Beales said both options had been set out in letters to tenants and leaseholders, and he hadn’t directly received any complaints about the signs.

He said: “The council’s stated preferred option is that we go ahead, after two years of working with residents, with the redevelopment of the estate.

“It will give them the best homes and solve problems like over­crowding.” 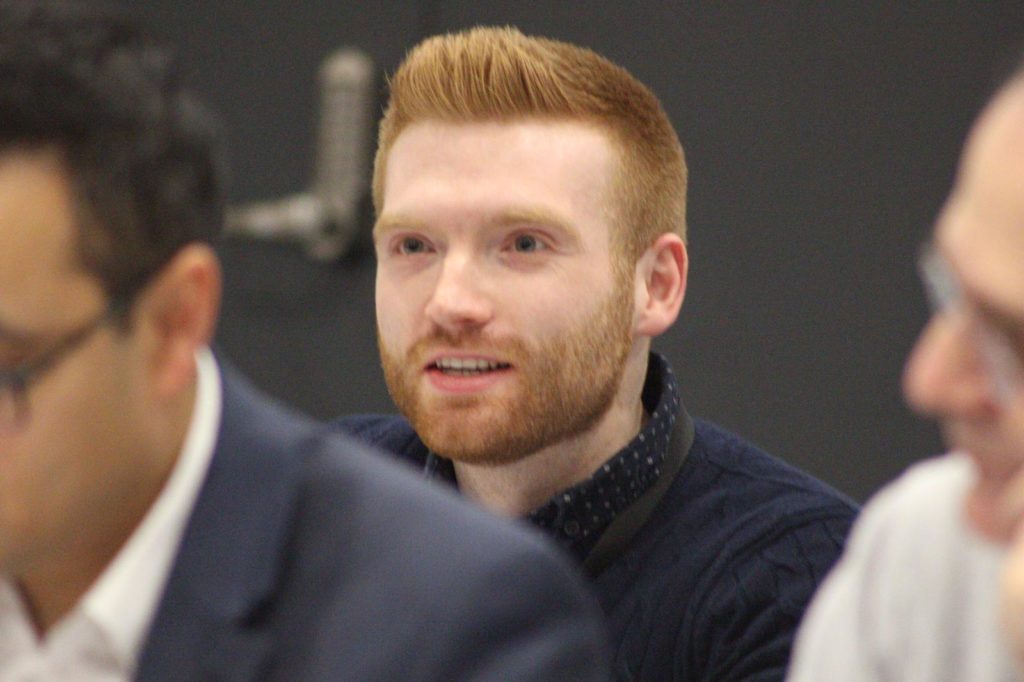 Labour cabinet councillors were doorknocking on the estate this week, including the Town Hall leader Georgia Gould, encouraging people to vote yes to the plans.

“It’s being conducted and overseen by an independent organisation and the council will respect how people vote, as should residents. I don’t think it’s unfair for the council to say what it’s preferred option is,” said Cllr Beales.

He added that Camden was “committed to giving a fair offer” to owners, which included full market value plus 10 per cent.

But leader of Camden Conservatives Oliver Cooper said: “Camden should ask residents what they think, not tell them what to think.

“When organising elections it should be impartial and interested in hearing the unvarnished truth. This isn’t a ballot, it’s a fix.”

“The fact Camden refuses to publicise the ballot without simultaneously promoting one outcome shows how it sees it as an exercise in box-ticking, not an exercise in democracy. This is typical of Camden’s leadership under Labour; pretending to hear but refusing to listen.”