Conte was happy – let the guy enjoy it!

OPINION: The new Tottenham manager may be onto something with his frenzied celebrations 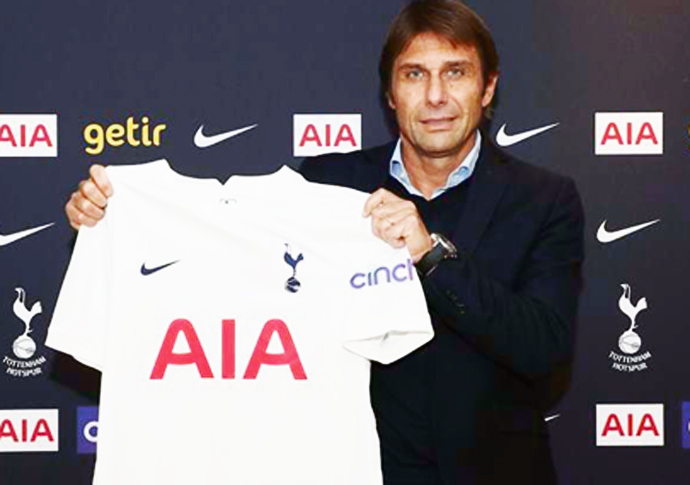 THE instant reaction to the sight of Antonio Conte leaping up and down like a small boy as Tottenham claimed a home win against 17th-placed Leeds United at the weekend was to sneer.

Don’t worry, it’s a built-in reaction which we have no real control over: it’s innate that we feel the happy man was far too happy for the achievement that had been achieved. There is of course that unofficial guide to the level of excitement you are allowed to express for different life events – which Mr Conte has obviously not been provided with yet:

• Seeing a friend come back from the bar with crisps as well as a round of drinks: exclaim “legend” excitedly; a small wail of excitement is allowed.

• Successfully throw a rolled-up waste paper ball into a bin from a fair distance: a dance is permitted and a punch of the air. You may sing a song about your greatness, if other people are present in the room.

• Get a question right while watching either University Challenge or Only Connect: Pretend that a group of people are as happy as you and begin an imaginary celebration (although NB nobody will be in the room watching that with you); start it by hollering: Let’s all do the conga…

• Back to football, win the Premier League: now you are permitted to look happy – pursed lips can be switched to beaming smiles. Several embraces are allowed.

• Win the Champions League: Uncontrollable roaring for a short time followed by everybody running and then diving front first onto some grass and chucking you in the air.

Despite being aligned to the rival team, it seems a bit sour to rain on the Conte parade. A less superficial look, however, and perhaps the new Tottenham manager is onto something with his mania.

In the past, the sleepy Spurs fans would have sat there all quiet waiting for their team to make an 88th-minute blunder and surrender the points.

They’d all then grumble and ask for another new manager. And then another one. And another.

Conte didn’t allow them such a comfort zone: he bore the look of the man who would shoot your pet hamster if he could see you weren’t cheering the team on.

Uncharacteristically and against all the odds, Spurs then held on for all three points.

Conte may have looked like a miswired Beatle as he bobbed away, his curious hairdo in a full sweaty swish, but what’s a few mean tweets when you’re a winner.